Navies are tough on their ships.

From commissioning to when they leave the service, naval vessels are driven hard, fulfilling myriad missions and carrying their sailors and marines the world over.

More often than not at the end of their service these ships are sold to allies, scrapped or sometimes sunk to create coral reefs or for target practice.

However, there are some that are preserved as places for the public to get a sense for what life was like for warships and their crews on the high seas. END_OF_DOCUMENT_TOKEN_TO_BE_REPLACED 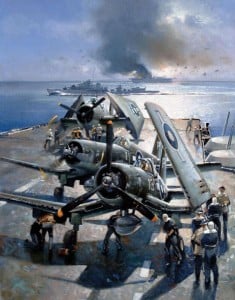