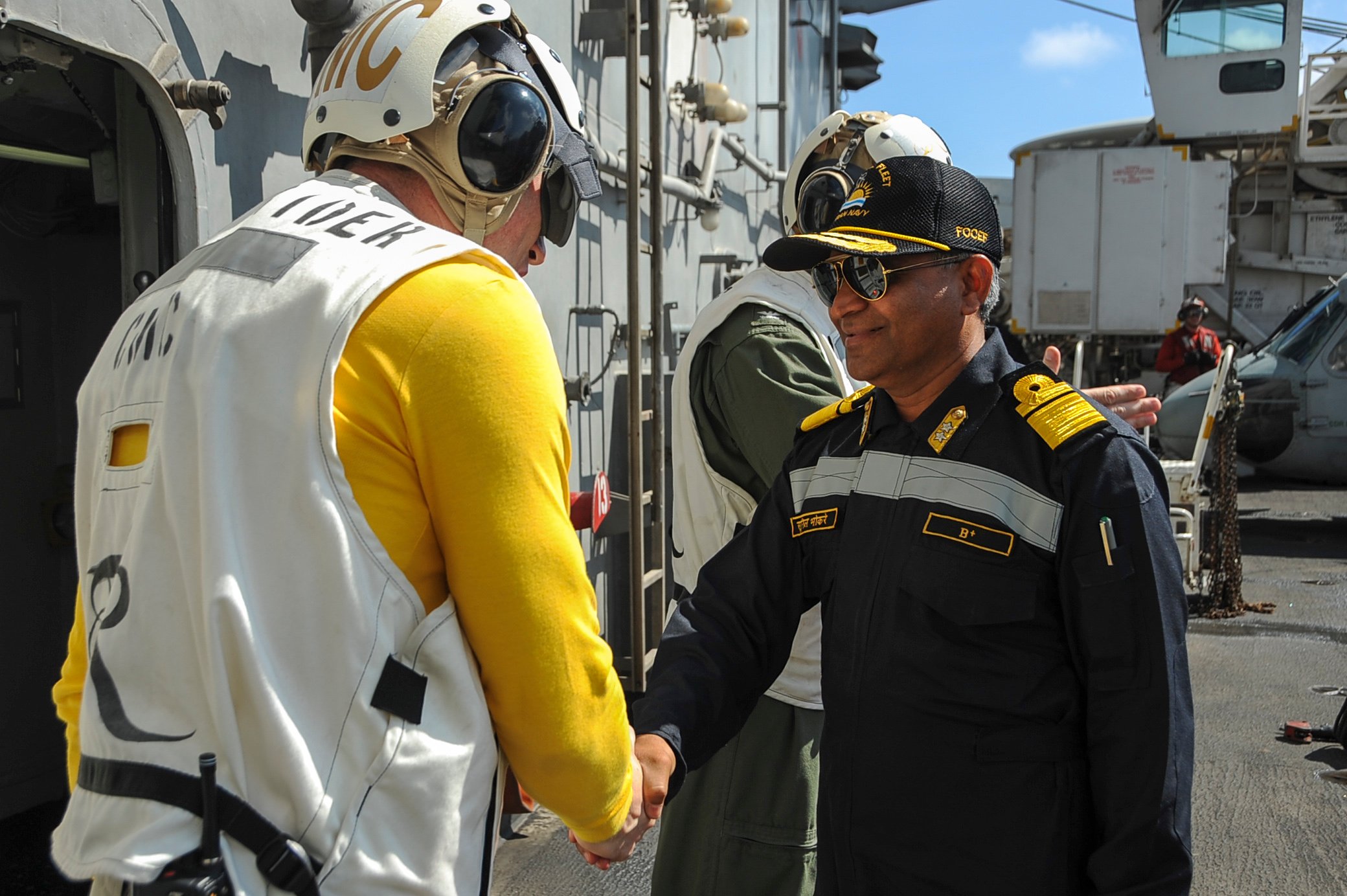 The United States ambassador to India said the two nations increasingly have a common vision of security across the Indo-Pacific region that is translating into “our forces and systems … becoming interoperable” for an array of missions. END_OF_DOCUMENT_TOKEN_TO_BE_REPLACED

ONBOARD AIRCRAFT CARRIER USS DWIGHT D. EISENHOWER — In a blast of rotor wash from a Marine MV-22 Osprey, Secretary of Defense Ash Carter and Indian Minister of Defense Manohar Parrikar came aboard one of the largest and most technical expressions of American power projection — a Nimitz-class aircraft carrier. END_OF_DOCUMENT_TOKEN_TO_BE_REPLACED