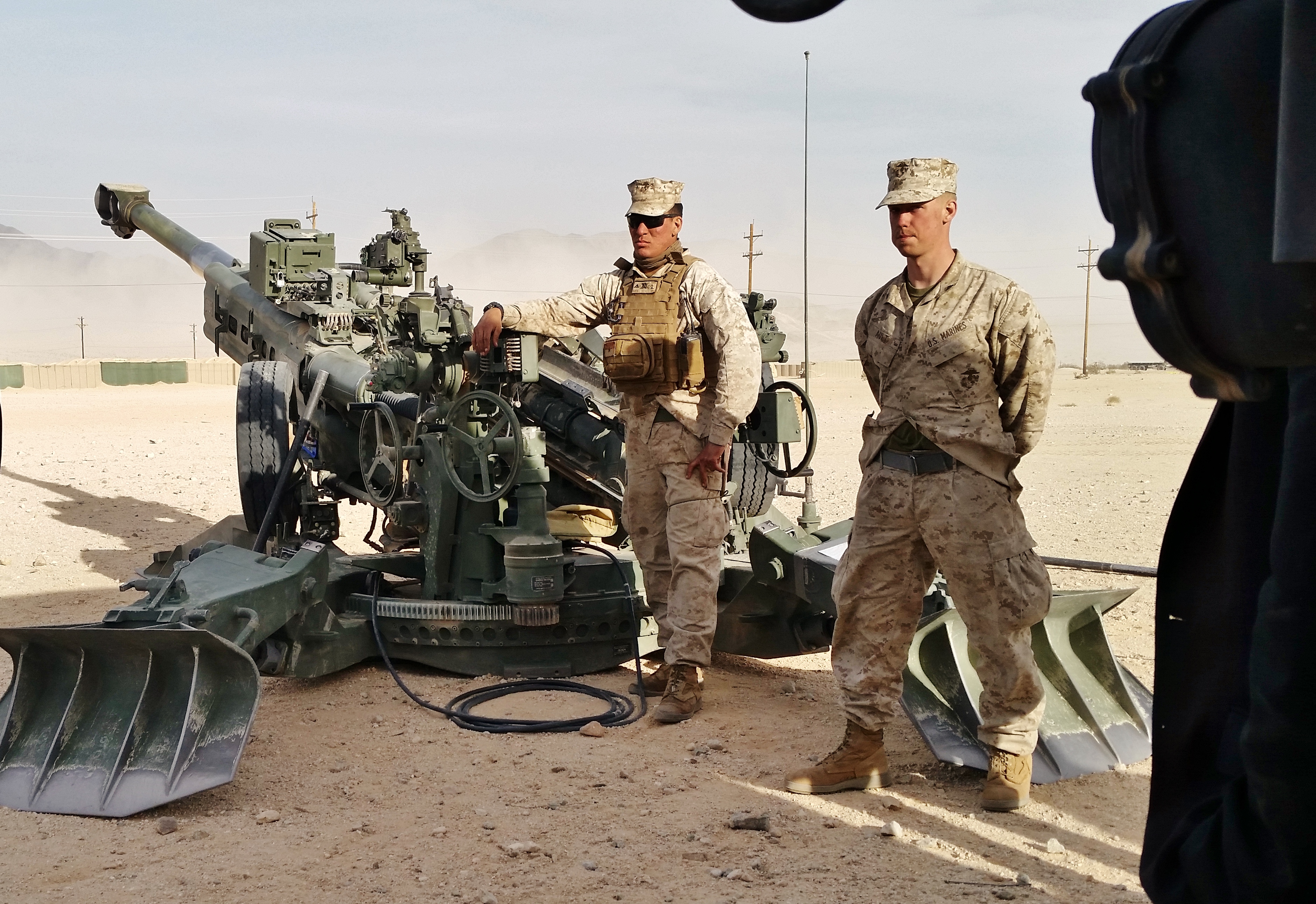 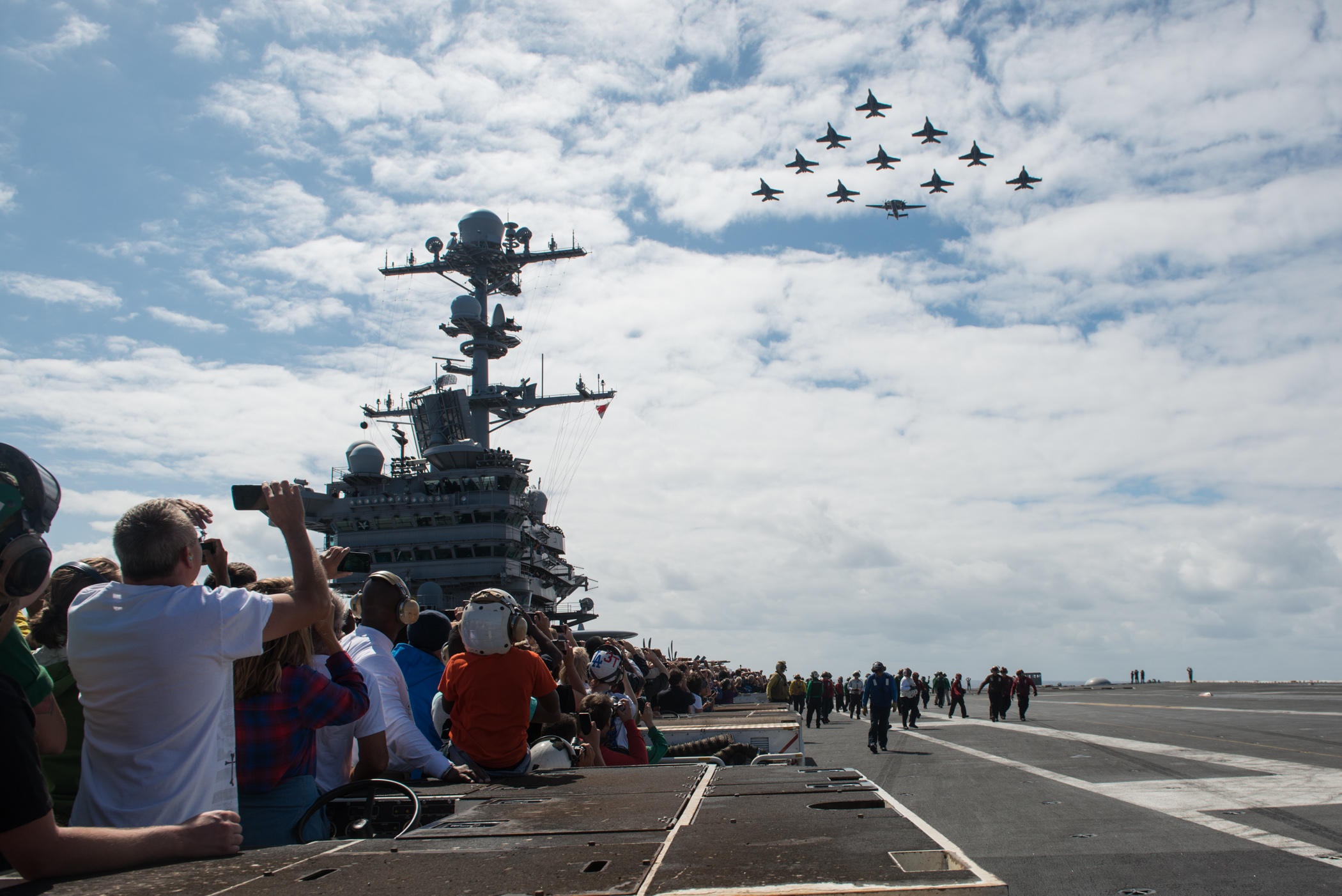 Sailors, family and friends watch as aircraft from Carrier Air Wing (CVW) 9 fly in formation above USS John C. Stennis (CVN 74) during an air power demonstration on Aug. 7, 2016, during the ship’s tiger cruise, an opportunity for Sailors to invite their family and friends to experience life underway aboard a Navy ship. US Navy photo. 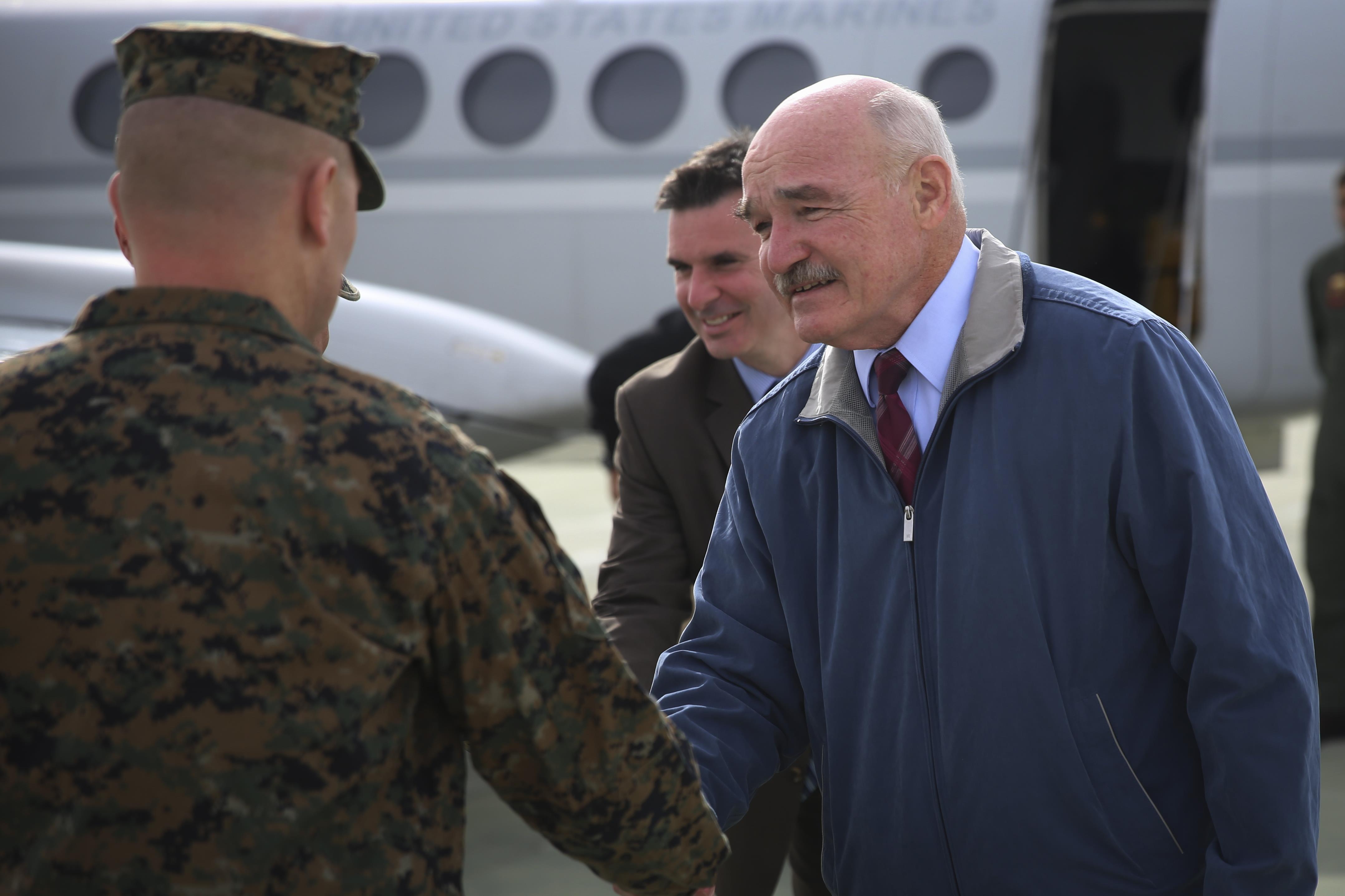