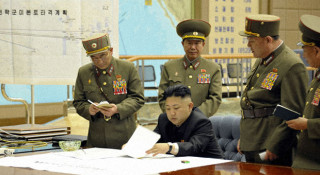 Kim Jong-un, since succeeding his late father in December 2011, has overseen new missile tests, and in February 2013 declared his country was conducting its third nuclear test. With that latest crisis have come new rounds of grave statements. END_OF_DOCUMENT_TOKEN_TO_BE_REPLACED