USS Gerald R. Ford (CVN-78) returned to port Sunday after its latest at-sea testing period with mixed results. While the carrier operated with the most complex air wing to date, the ship’s Electromagnetic Aircraft Launch System (EMALS) suffered a failure that prevented the carrier from launching planes for five days, the Navy announced in a Sunday statement. END_OF_DOCUMENT_TOKEN_TO_BE_REPLACED 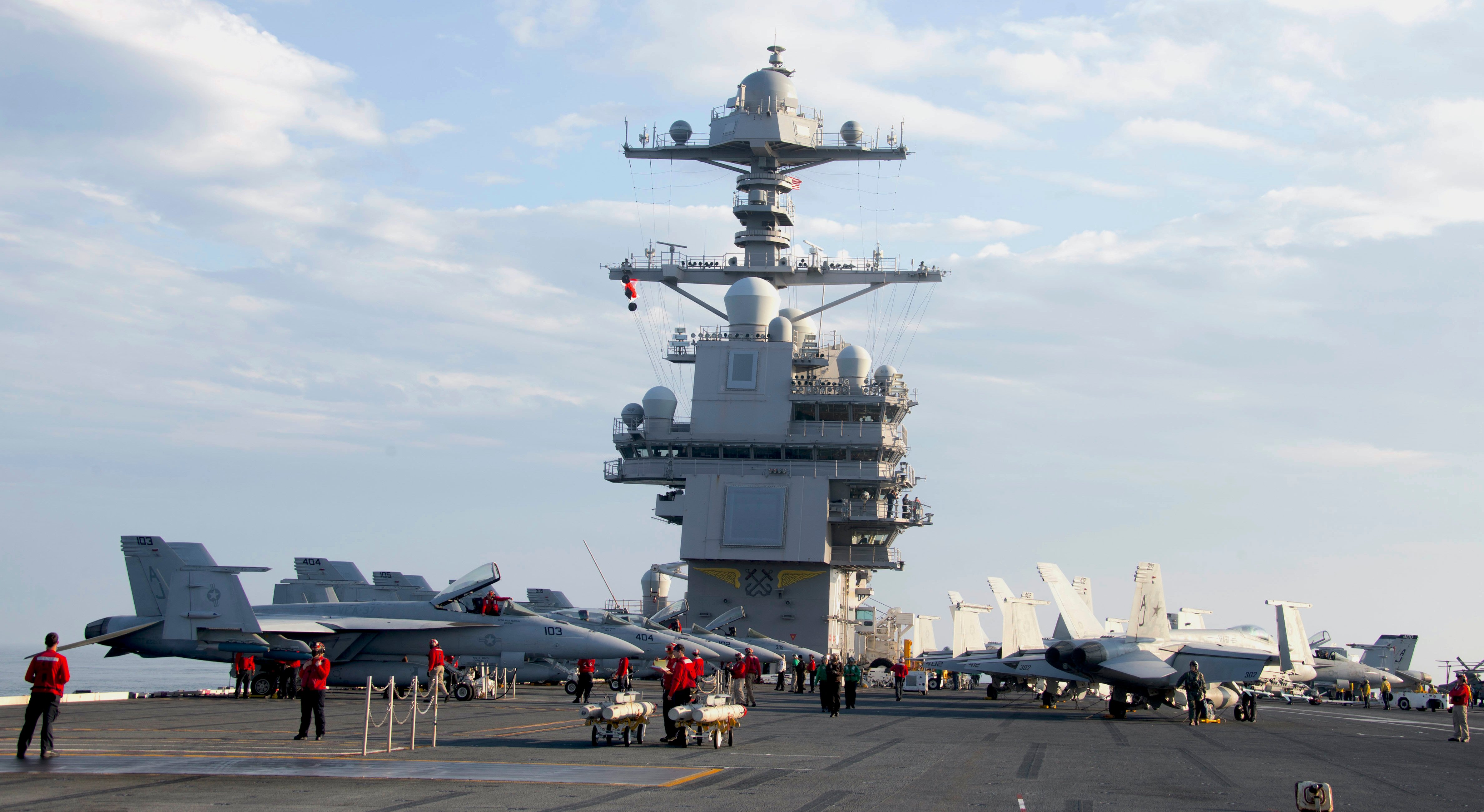 If the Navy has spent the last three years taking USS Gerald R. Ford (CVN-78) from a construction project to a platform that can launch and recover jets, the service is now taking steps to turn the ship into one that can fight in maritime combat. END_OF_DOCUMENT_TOKEN_TO_BE_REPLACED