The year is 2020. A country has attacked a U.S. ally and seized multiple islands. Simultaneously, it has flooded the area with guided rockets, artillery, mortars and missiles (G-RAMMs). Intelligence has identified three separate anti-ship cruise missile (ASCM) and anti-air (AA) locations on one island that must be destroyed before a U.S. aircraft carrier battle group or amphibious ready group (ARG) can aid our ally. Intelligence also suggests the enemy has hidden mobile ASCM and AA capabilities. All assets are protected by a dispersed, company-size enemy force. Through commercial and proprietary satellite coverage, the aggressor can locate and target U.S. Navy ships. That country does not know, however, where U.S. submarines are.

The President convenes the Joint Chiefs of Staff (JCS) and asks what can be done. 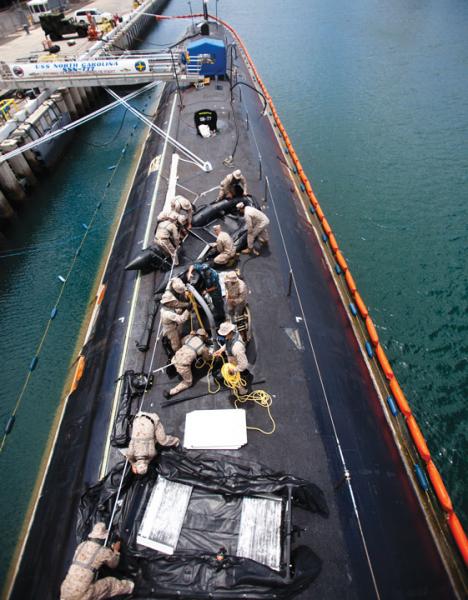 “We can execute precision-guided munition (PGM) strikes,” the chairman responds, “but that cannot guarantee the destruction of all sites, nor can the destruction of sites we hit be confirmed. Nor can we guarantee destruction of the enemy’s mobile weapons using PGMs alone.”The Chief of Naval Operations observes: “Until the ASCM and AA threat are destroyed, we can’t move our $14 billion aircraft carrier (USS Gerald R. Ford) or $4 billion amphibious assault ship (USS America) within 300 miles of that island.”

“Mr. President,” notes the commander, Special Operations Command, “we have some ability to confirm the destruction of the sites, but limited manpower prevents us from securing terrain or destroying enemy garrisons.”