Gen. Hoar was commissioned in 1957. He commanded infantry units from platoon through regimental level. He also commanded three Marine air-ground task forces. He was General Schwarzkopf's chief of staff from 1988 to 1990 at U.S. Central Command, followed by the Marine Corps Operations Deputy during Desert Storm. During his last three years in the Marine Corps, he served as Commander in Chief of U.S. Central Command. Since retirement, he has headed J.P. Hoar & Assoc., a consulting firm. 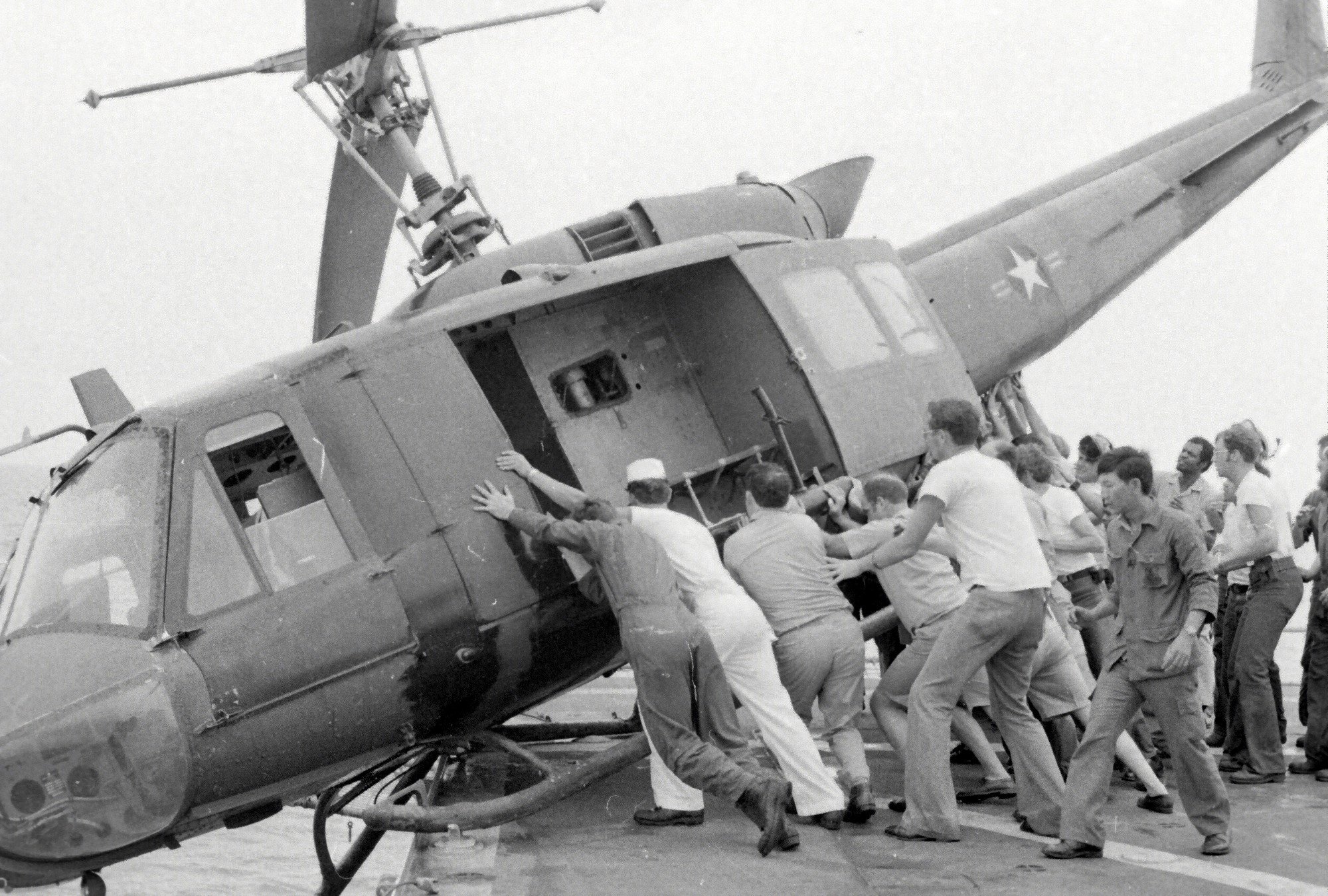 It ended 30 years ago when a Marine handed Graham Martin a folded flag and the U.S. Ambassador took off from the roof of the U.S Embassy in Saigon. No one, warrior or protestor, walked away from the Vietnam War unscathed. The photos need no captions. The words of the two Marine infantry officers help us remember, as if we could forget. END_OF_DOCUMENT_TOKEN_TO_BE_REPLACED