Proceedings, October 2012
We must reconsider our strategic perspective and organizational culture amid an emerging naval revolution.

Today’s U.S. Navy faces trying times in every dimension. Accelerating technological trends are stressing naval development and adaptability, while the Army and Marine Corps contend with costly rebuilding after the long wars in southwest Asia. Yet domestic economic and infrastructure demands and the growing national deficit are cutting into defense resources. After a half-century of U.S. maritime dominance, rival naval powers are emerging. While technological developments threaten accelerated depreciation of the Navy’s capital assets, growing international competition, rising costs, and declining resources all pose severe challenges.

The rules of the game are changing in fundamental ways. Is the Navy organizationally and culturally prepared? Specifically, will the systems currently under development help expand or reduce the range of scenarios in which the service can be effective? What balance should be struck between investing in legacy systems rather than emerging technologies? These are questions we should be investigating. 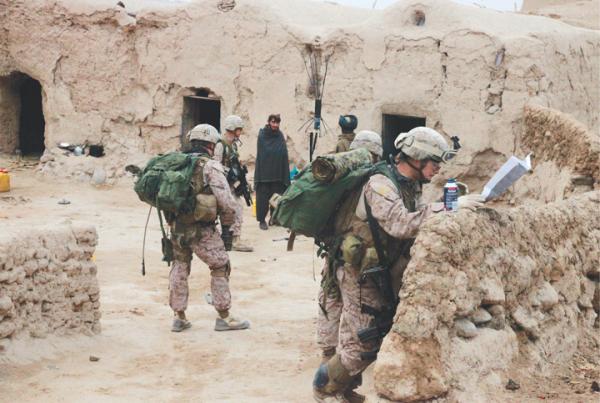 Naval support for the wars in Afghanistan and Iraq has been critical for a decade, but the Navy has been unable to focus on sea control and naval warfare at the same time. Marines and sailors with Regimental Combat Team 8 conducted Operation Eastern Seal in Helmand province in November 2011. U.S. Marine Corps Photo

During the past ten years, naval support for the land wars in Afghanistan and Iraq has been substantial and critical, even if largely unnoticed by the American public and political leadership. But this effort has come with a cost: the Navy has been unable to concentrate on its broader missions of sea control and naval warfare. Future strategic perspective will have to shift from one of small wars to the full range of naval warfare. In this process, history can play a productive role. Scholars believe history helps us empathize with the past and see it on its own terms, while decision-makers often look to it for lessons that shape solutions to real-time problems. Even though that approach runs the risk of superficial and inappropriate analogies, properly conducted case studies can broaden perspectives, illuminate issues, and structure questions that are key to informed and creative problem-solving.