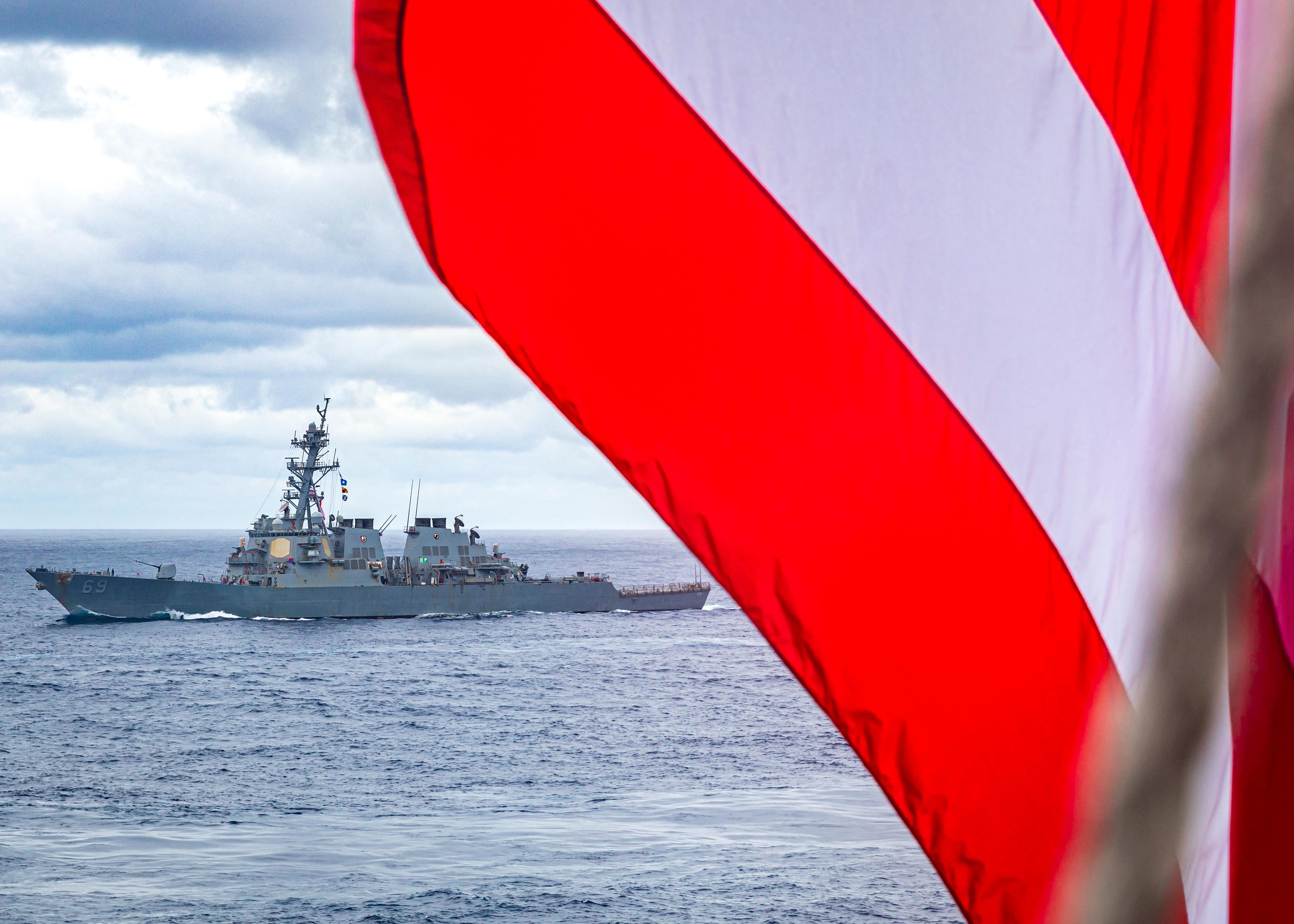 ARLINGTON, Va. – U.S. Fleet Forces is rethinking how to deploy carrier strike groups by changing how it would train and maintain its guided-missile destroyers, commander Adm. Daryl Caudle said on Wednesday.

The study is looking at the efficiencies Fleet Forces could find by deploying formations to the Atlantic and removing the strike group’s guided-missile destroyers from operating in lockstep with the capital ship, Caudle said in a speech during the Surface Navy Association symposium on Wednesday.

“Fleet commanders and combatant commanders require command elements that can seamlessly integrate into the battlespace, into existing communications and data networks, and into existing battle rhythms without skipping a beat,” he said.

“This requires our surface combatants to be much more plug-and-play inherently. Our ships should not have to work up together to fight effectively together.” 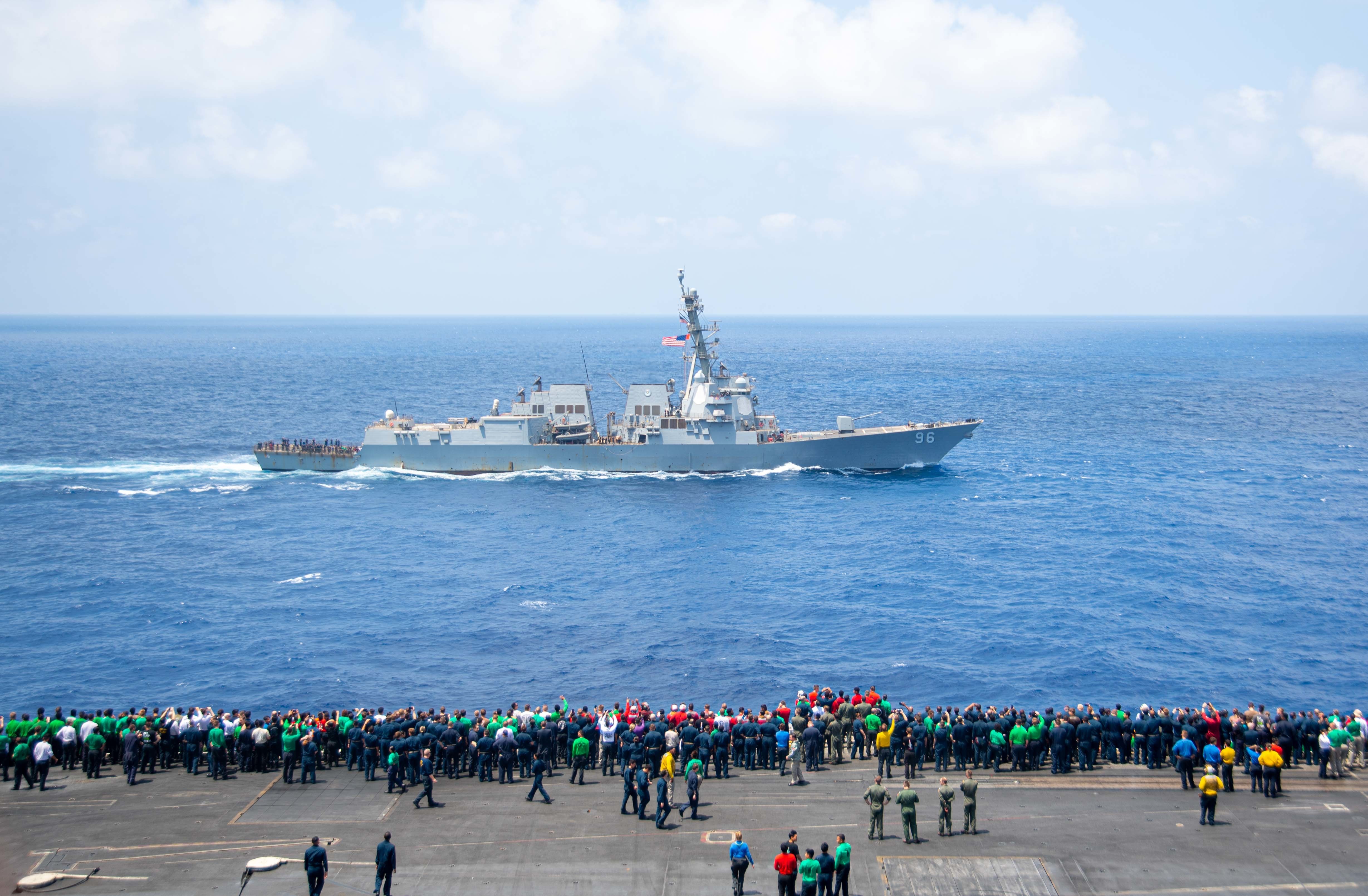 Now, the strike group – a guided-missile cruiser, an air wing and up to five guided-missile destroyers – moves together through the Navy’s Optimized Fleet Response Plan. The rigid 36-month-long maintenance, training and deployment was introduced in 2014 to maximize the surge capacity of the Navy’s carrier strike groups, but has struggled to keep pace with the demand for forces.

Caudle’s idea, which Fleet Force’s readiness officer Rear Adm. Robert Westendorf is now studying, would break off the destroyers from the OFRP cycle for their own training and deployment regime. Notionally, under the new concept the carrier would keep a guided-missile cruiser that would serve as the air defense commander for the strike group, an oiler for resupply and take on destroyers as needed.

“Each surface ship would be trained and certified on their pre-determined set of warfare area competencies beyond basic operations, enabling them to deploy independently and plug into a strike group seamlessly at the point of need,” he said in his speech.
“In conflict, this will be absolutely necessary. So, why aren’t we building our force to mirror that today – especially given the distributed and dispersed nature of strike group operations we currently see in practice in each theater already?”

Following the speech, he told reporters that while the entire strike group training together at once is still the ideal scenario, advances in technology like live, virtual, constructive (LVC) training make it possible to tailor a training package that would make a “plug and play” destroyer concept possible. 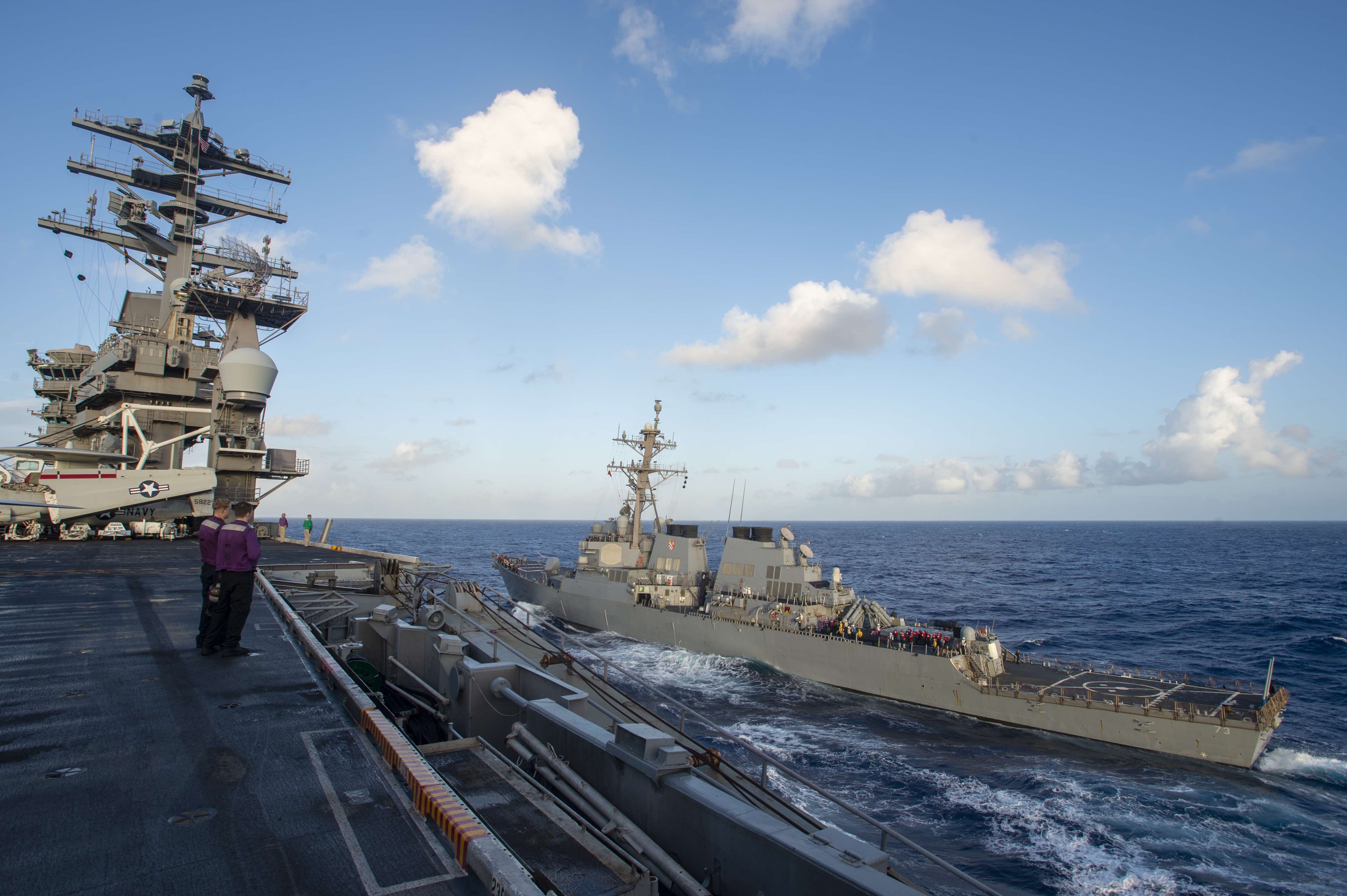 “I want our networks to be able to work regardless if you work up together. I want us to build a plug-and-play regardless if you work together. If a ship is ready to go to U.S. 6th Fleet, we send it to 6th Fleet. When it’s over there and it needs to plug into a strike group, then it just plugs into the strike group. By decoupling the destroyer and cruiser OFRP from the CVN OFRP I think I can deliver more deployed forces to the European theater and model the way we’ll actually fight in the future.”

The plug-and-play study follows the Navy’s Large Scale Exercise 2021, which used LVC tools that allowed decisions made by sailors on ships at the pier Norfolk to affect a wargame consisting of 25 ships in the Atlantic and Pacific. The exercise tested the Navy’s Distributed Maritime Operations concept and the Marine Corps’ Expeditionary Advanced Base Operations and Littoral Operations in a Contested Environment concepts.

Those LVC lessons can now get applied to a specific training regime for guided-missile destroyers that would be able to train on their own like they were in a strike group.

“I can immerse that unit by itself into whatever environment I want … including a virtual carrier, the number of any kind of [enemy threats] that I want,” he told reporters.
“That technology has allowed me to get all the things that we have garnered through working up as a strike group.”