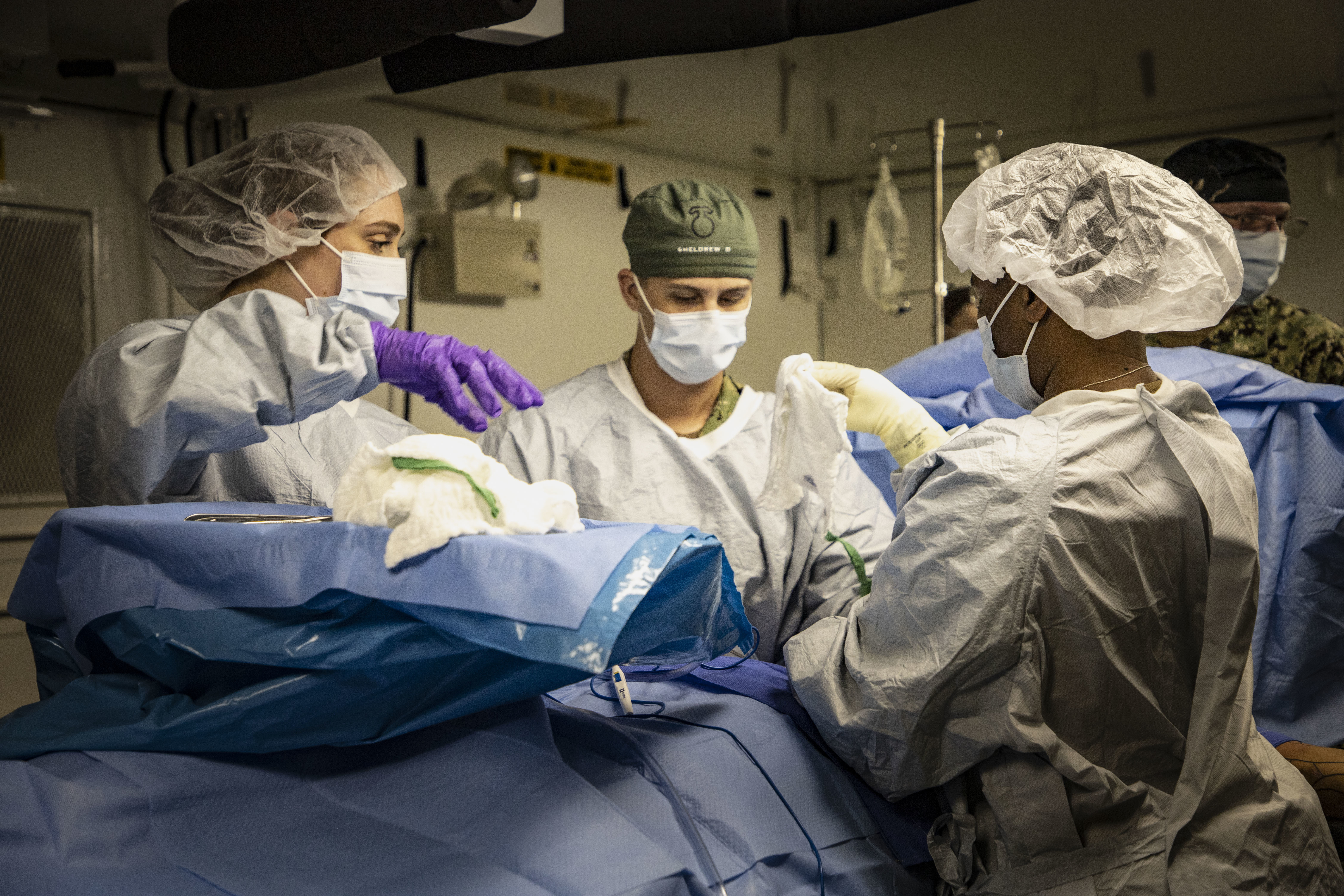 A translator is necessary when it comes to medical interoperability between the United States and its allies, the commanding officer of a Navy medical unit told USNI News.

Expeditionary Medical Facility (EMF) 150-Alpha, which is based out of Marine Corps Base Camp Pendleton, Calif., participated in the Keen Sword exercise, which was held in November between the U.S. and Japan.

Keen Sword is an exercise meant to strengthen the relationship between the U.S. and Japan, while also working on interoperability.

“Keen Sword is a tremendous opportunity for our Navy Medicine team to exercise a new medical command and control concept in support of the operational forces,” said Rear Adm. Guido Valdes, commander of Naval Medical Forces Pacific, in a statement. “Additionally, our deployed EMF in Keen Sword is a concrete example that we are a key component in providing deployable health services that enable strengthening alliances and partnerships.”

During the exercise, the unit also performed simulated medical procedures.

As part of the exercise, the two countries got to experience each other’s medical systems, said Capt. Elizabeth Smith, EMF commanding officer. Americans were sent to the Japan Ground Self Defense Force’s medical facility, while Japanese troops came to the American field hospital, Smith said.

The two facilities worked similarly in terms of the medical aspects, Smith said. But there were some differences, such as the Marines being too tall for the beds at the Japanese facility.

It was the process where Smith found the most differences. When working with different countries, understanding the language and culture are important aspects of treatment, she said.

“And we’ve done this in previous wars, as well, respecting the various cultures, and making sure that we give the best treatment of the patients and then make sure that information that we provide facilitates those patients’ continued care when they get back to their country of origin,” Smith said.

Having a translator available within a unit can help with the language part, Smith said, adding that it was one of the lessons that the unit took away from the Keen Sword exercise.

“You can imagine a patient that’s already injured, [and] they get to a facility where they may not understand the language of people who are trying to treat them,” Smith said. “And that … just increases their anxiety and their nervousness. So the importance of having an interpreter either on the staff or [requesting] one as soon as we get into an area, it is very critical for us.”

The Japanese forces were equally as interested in the use of interpreters, Smith said.

“I believe both sides view it as a win-win,” she said.