WASHINGTON, D.C. — A lawmaker overseeing Navy policy is hopeful that language amending the service’s roles and missions during peacetime will become law.

The language, included in the House Armed Services Committee’s version of the Fiscal Year 2023 policy bill, would alter the Navy’s responsibilities under Title 10 by adding that the service prepare “for the peacetime promotion of the national security interests and prosperity of the United States,” according to text of the legislation.

“I was disappointed, though not surprised, to see OSD’s objection. That being said, it’s my understanding that the CNO supports it,” Gallagher said at the U.S. Naval Institute’s Defense Forum Washington.

“I hope he’ll say that loudly and repeatedly. And I do have some cautious optimism that despite [the Office of the Secretary of Defense]’s objection, it will survive the NDAA process that we’ll be voting on … hopefully in the next 48 hours. So the Title 10 change I think will remain.”

The language, should it become law, would make it easier for Navy officials to push for more funding during budget negotiations, according to Gallagher. 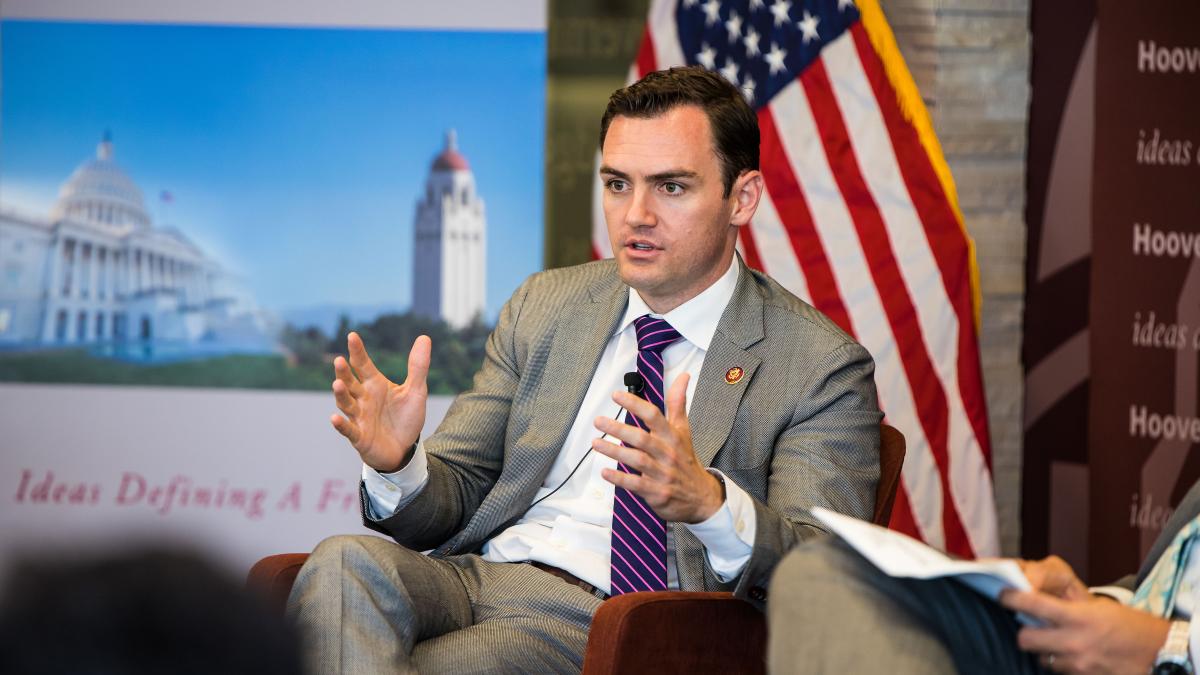 “It’s my belief that in a unique way the Navy plays a day-to-day deterrent function that is currently not captured in its Title 10 mission, which talks only about the warfighting aspects of the Navy as opposed to day-to-day deterrents,” he told USNI News when asked to explain his intentions in adding the amendment.
“And it’s my further belief that by capturing that in Title 10, it will then give the Secretary of the Navy, the CNO, and all general sea power advocates more of a foundation to make that argument in the E ring when they’re battling with whoever is in OSD over this issue and ultimately allow us on the Hill to better fund the navy the nation needs.”

While Gallagher’s amendment made it into the House’s version of the National Defense Authorization Act that passed earlier this year, it’s unclear whether it will be in the final conference bill, which lawmakers are expected to file this week.

Earlier this year, OSD voiced opposition to Gallagher’s amendment, arguing it would “dilute the U.S. Navy’s focus on combat operations at sea at a time when peer adversaries’ rapid military modernization (including naval modernization) and increasingly aggressive foreign policies require a strong emphasis on the development and modernization of U.S. naval forces’ tactics, forces, and capabilities for the effective prosecution of naval warfare.”

Gallagher on Tuesday suggested OSD’s opposition to his potential Title 10 change may explain some Pentagon officials’ position on shipbuilding in the last several years.

“Maybe that OSD objection is kind of microcosm of the broader problem all of us who care about seapower have seen over the last few years. And it’s been a bipartisan problem, right. You have some elements within the Pentagon that just don’t seem to believe that we need a bigger navy, right, that seem to think this commitment to a 355-ship navy – which is instantiated in U.S. law now – to get there as soon as practically possible I think was the term, it’s just kind of … it’s asymptotic,” he said.
“We’ll never quite get there. And I totally reject that. And ultimately I’ve come to believe that only a president who believes in sea power – understands that if I look at a map of our priority theater, there’s a lot of water on that map – can empower a secretary of defense who can then empower a secretary of the navy to actually build a bigger navy.”