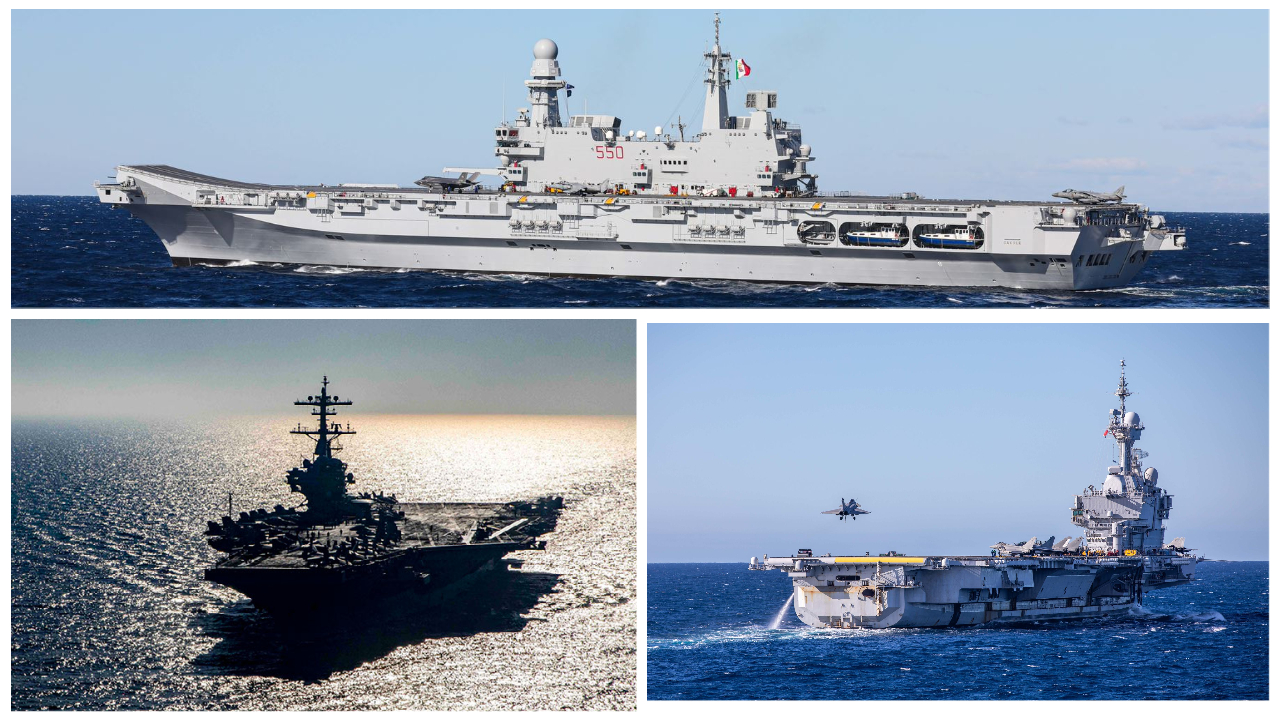 U.S., French and Italian aircraft carriers operated together near Italy, the Navy announced on Wednesday.

“We are stronger when we work together, and operations like these highlight not only our interoperability, but our interchangeability with our partner and allies,” Rear Adm. Dennis Velez, commander, Carrier Strike Group 10 said in a statement.

Both carriers have exercised with Charles de Gaulle and Cavour going in and out of NATO command while flying presence missions along NATO’s eastern front and have been operating mainly around Italy.

Charles de Gaulle left its homeport of Toulon last week for Mission Antares which will see the carrier and its airwing deploy to the Mediterranean and the Indian Ocean with about 3,000 sailors, according to the French Navy.

“The CSG demonstrates France’s ability to intervene by controlling any escalation The sea and air operations of the carrier strike group are coordinated with the allies,” reads a statement from the French MoD.

Its escorts include ships from France, the U.S. and Greece but the French Navy did not specify the specific ships.

Not included in the exercise, the U.K. carrier HMS Queen Elizabeth (R08) is operating in the Atlantic taking over for missions that were earmarked for the now side-lined HMS Prince of Wales (R09).

The five NATO carriers in Europe will be soon down to four. Carrier USS Gerald R. Ford (CVN-78) which has operated in the Atlantic since leaving Naval Station Norfolk, Va., on Oct. 4, is set to return to the U.S. on Saturday, U.S. 2nd Fleet announced.