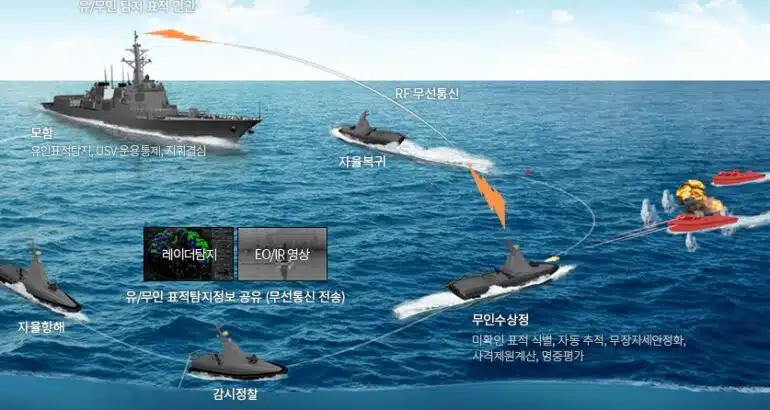 During a ceremony that marked the 77th anniversary of its founding on Nov. 11, the Republic of Korea (ROK) Navy revealed a new operational concept combining manned and unmanned systems.

“The Navy Sea GHOST concept revealed today, which is based on manned and unmanned artificial intelligence technology, is a ‘game changer’ that will dominate the future battle space. We will devote our efforts and resources into [realizing this vision] and creating a strong and powerful navy,” Lee said.

As part of the “National Defense Revolution 4.0” proposed by the Ministry of National Defense, the Navy Sea GHOST concept envisions a lean and mobile force that involves close cooperation between manned and unmanned systems. Under the concept, the ROK Navy will acquire advanced artificial intelligence technology and several unmanned systems. It’s also planning to strengthen its datalink capabilities to secure communications between different assets. 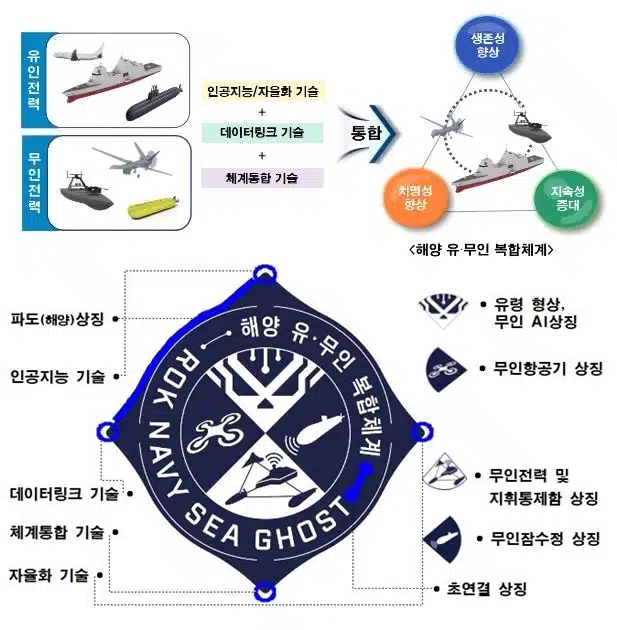 The Navy Sea GHOST concept is a culmination of over two years of research. In February 2018, the ROK Navy formed a task force to research seven different areas related to the operation of unmanned systems. The ROK Navy also announced the formation of an unmanned fleet, NavalNews reported last month.

The ROK Navy will focus on acquiring various unmanned systems first, including unmanned underwater vehicles (UUV), unmanned surface vehicles (USV), and unmanned aerial vehicles (UAV). Unlike the anti-submarine warfare unmanned underwater vehicle currently in development, which focuses on surveillance, the ROK Navy said the new UUVs will be able to fulfill combat roles. The new USVs will conduct surveillance, while the UAVs will be capable of operating from ships, performing a variety of tasks. These assets will initially be remotely controlled, but the ROK Navy hopes to make them semi-autonomous in the near future and fully autonomous in the long term. 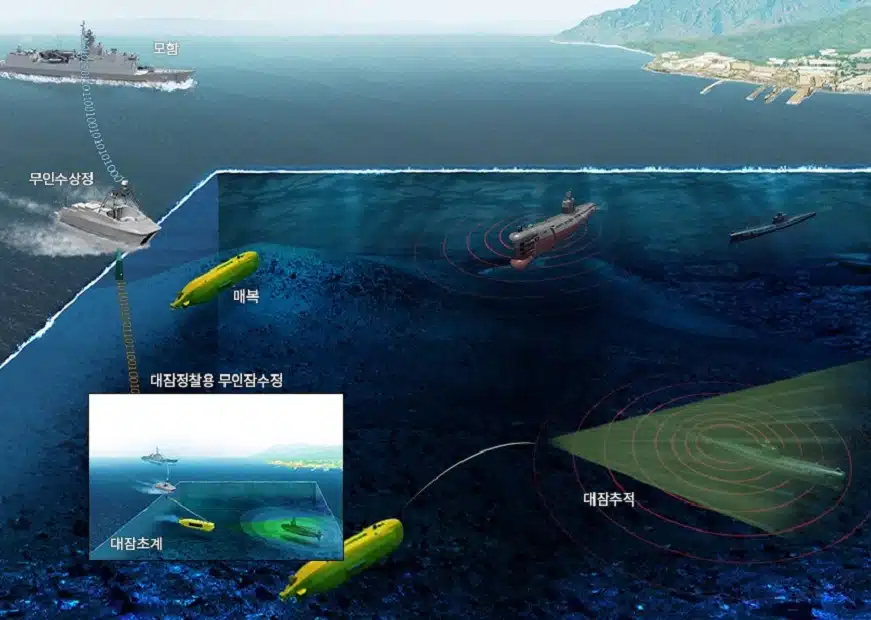 Meanwhile, the ROK Navy will test the underwater autonomous mine surveillance system and neutralization system, currently in development by LIG Nex1 and Hanwha Systems respectively, on ROKS Sohae, a Yangyang-class minesweeper by 2027.

Of particular note is the concept image revealed during the ceremony. The image appears to show a new ship that is very different from any vessel currently operated by the ROK Navy or designs for future ships released so far.

The image likely depicts a new design for the KDDX, given that it’s the only surface vessel program for which the design has not been finalized. The ROK Navy considers any information about KDDX highly sensitive, with several employees of Hyundai Heavy Industries brought to court for taking photos of blueprints. Also on display during the ceremony was the MDV-II, an unmanned mine neutralization system, the Austrian-made S-100 UAV, and a remotely operated vehicle.