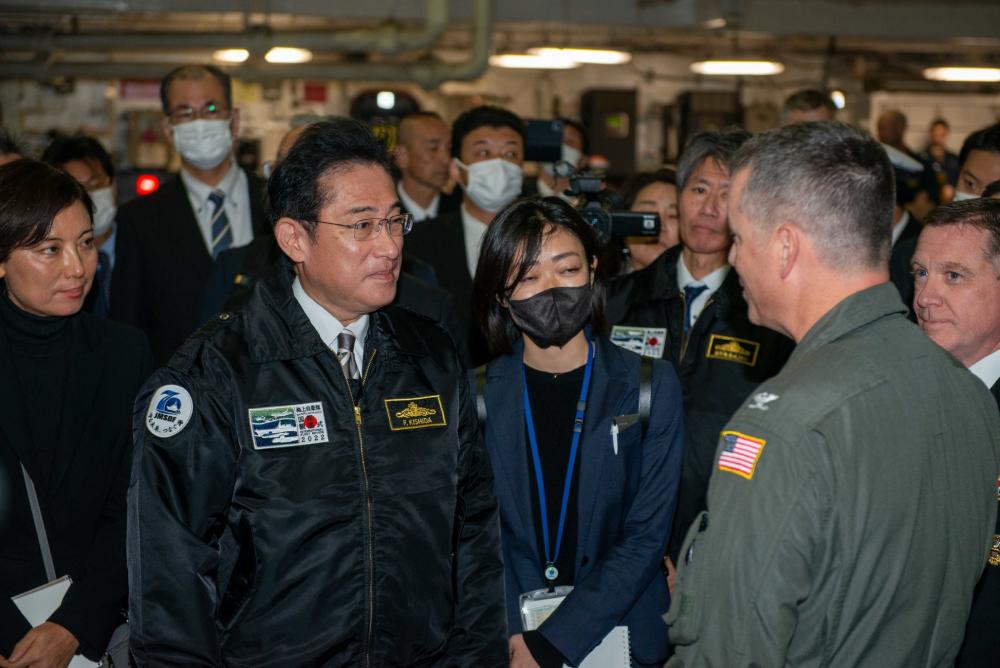 Japan’s Prime Minister Fumio Kishida reiterated his country’s commitment to expanding Japan’s defense capabilities to deal with those who would jeopardize the peace and security of other countries, in a speech this week aboard destroyer helicopter carrier JS Izumo (DDH-183).

“We must be prepared for the emergence of an entity that disturbs the peace and security of other countries by force or threat without honoring the rules,” Kishida said on Sunday.

Japan will formulate a new National Security Strategy and related documents, and will fundamentally reinforce Japan’s defense capabilities within the next five years and accelerate its realistic considerations of what is necessary to protect the Japanese public, without excluding any possibilities, the Japanese prime minister said.

Kishida’s alluded to the ongoing debate on Japan’s acquisition of counterattack capabilities in the form of long-range strike capabilities allowing attacks on enemy bases and facilities. Kishida’s Liberal Democratic Party is in favor of acquiring such capabilities, in light of North Korean missile developments and activities and China’s rising military power.

Kishida called out Russia’s aggression against Ukraine and how it undermines the foundations of the international order.

“This is a serious situation not only for Europe but also for the entire international community, including Asia,” he said. 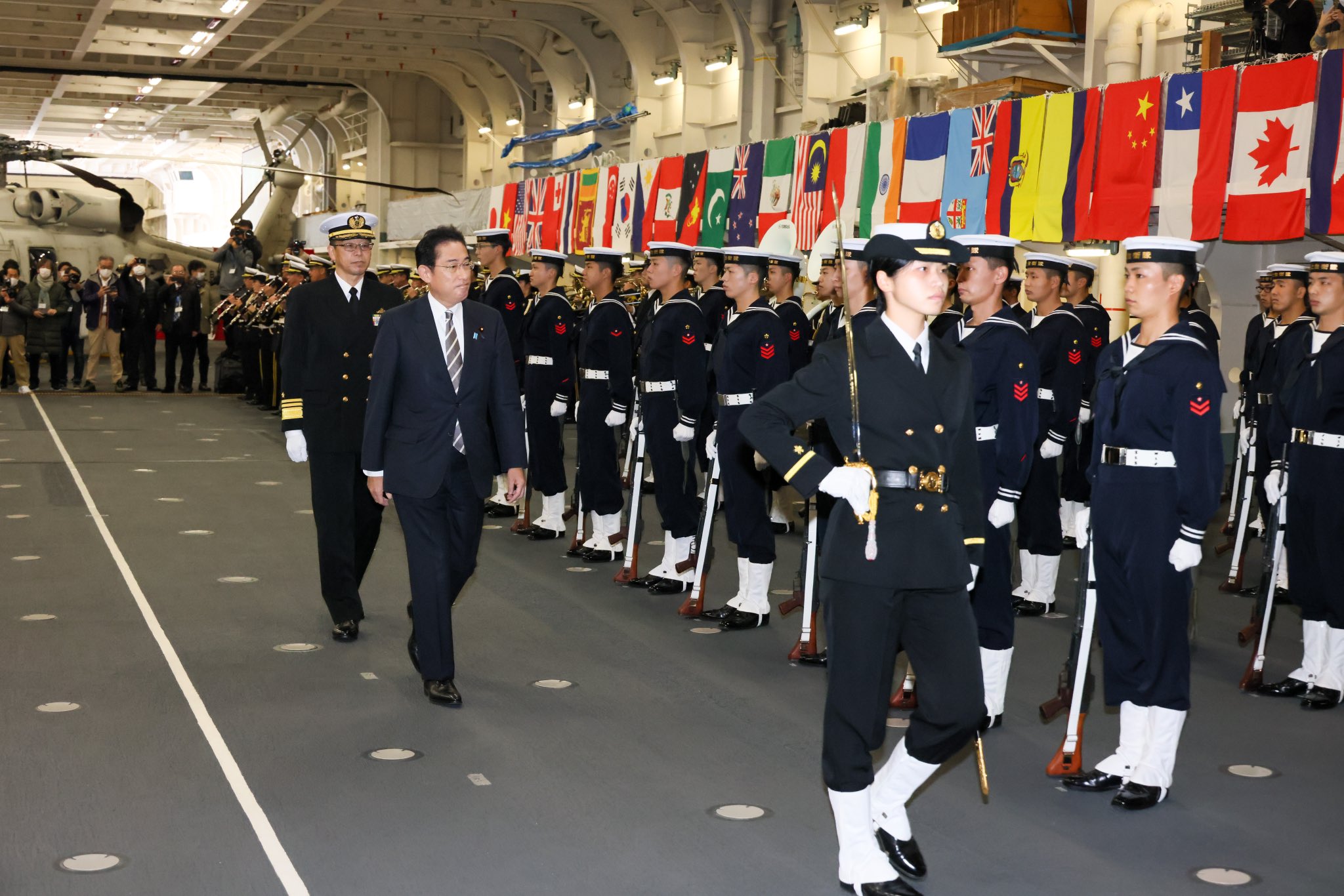 He said the security environment was becoming more severe in the areas surrounding Japan, including the East China Sea and the South China Sea, although he omitted any mention of China in his speech.

Kishida then stated that North Korea had launched ballistic missiles with unprecedented frequency, including one which flew over Japan.

“We absolutely cannot allow nuclear and missile development by North Korea,” he said.

Together with the IFR which commemorates the JMSDF’s 70th Anniversary, Japan also hosted the 18th Western Pacific Naval Symposium, which took place on Monday and Tuesday, in which the senior naval leaders of 27 countries participated. Russia was disinvited from the event. JMSDF Chief Adm. Ryo Sakai in his opening remarks omitted reference to China and the situation in the East and South China Sea, likely as a courtesy to People’s Liberation Army Navy Vice Adm. Wang Dazhong who was in attendance.

In his speech, Kishida also paid tribute to JMSDF personnel, noting their counter-piracy patrols and surveillance operations overseas and the “tense ISR activities in the areas around Japan”. JMSDF ships and aircraft track the activities of Russian and Chinese ships around Japan.

In Japan, nations of the Quad — Australia, India, Japan and the United States — began the exercise “Malabar 2022” on Tuesday which will take place in the sea and airspace south of Japan’s Kanto region on the main island of Honshu until Nov. 15, according to the JMSDF.