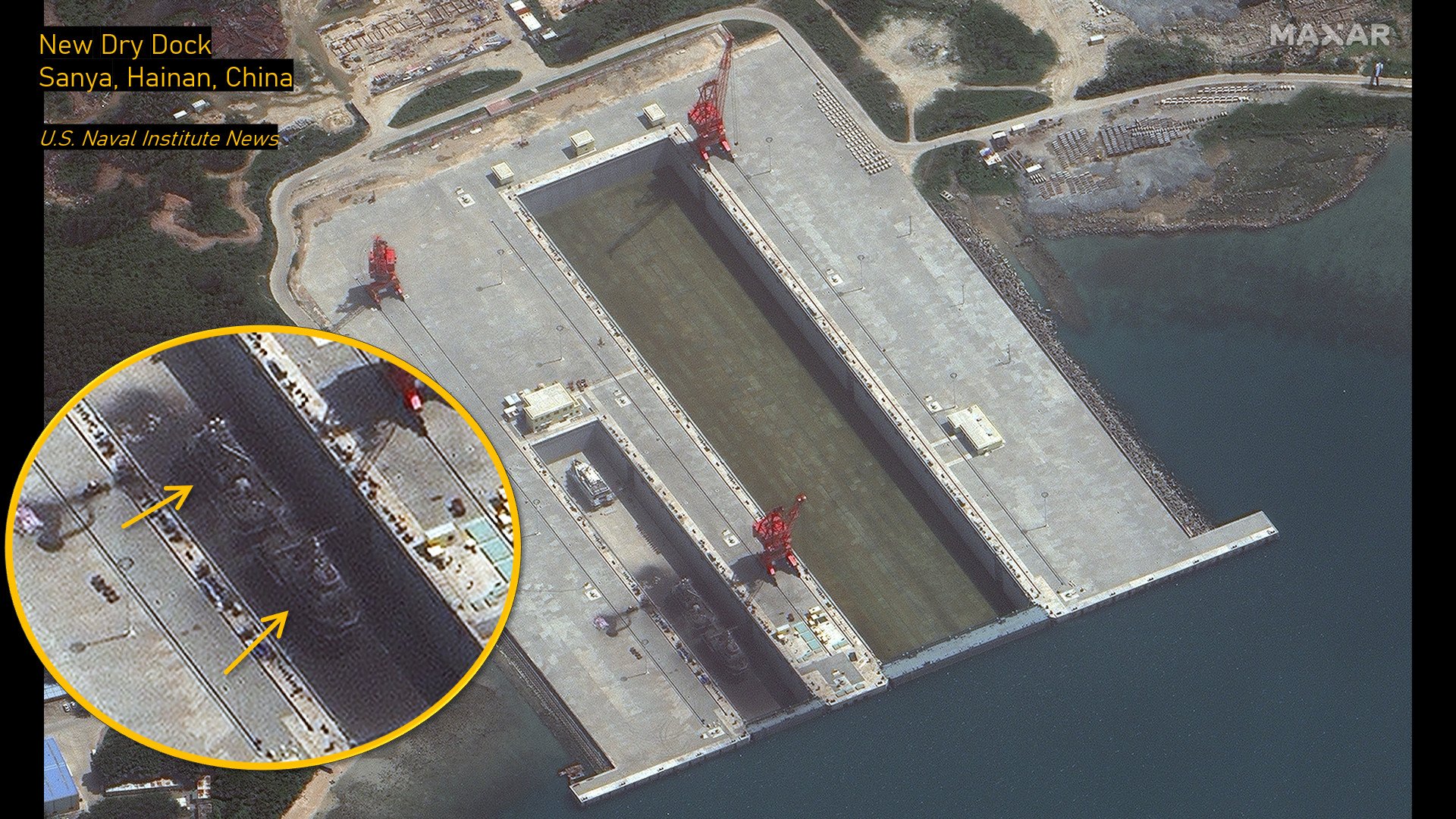 The Chinese People’s Liberation Army Navy’s new dry dock appears to have suffered damage from a fire, according to satellite imagery provided to USNI News by Maxar Technologies.

Signs of fire damage are visible at the new dry dock in Sanya on Hainan Island, according to satellite imagery. The dry dock is specially designed for China’s aircraft carriers.

Soot covers two ships, which were recently sailed into the smaller of the two docks at the facility. It is one of the first times that the facility has been used.

Another vessel in the dry dock does not appear to have been burned, Damien Symon, an independent defense analyst who has been following the construction of this facility, told USNI News.

“The undamaged small passenger ferry in the dock shows that the black deposits are from a fire,” Symon said. “If it was sediment carried in when the dock was flooded, it would extend throughout the dock.”

Dry docks are strategic assets, allowing the growing Chinese Navy to better maintain its warships. This site has been under construction for years and was first reported in 2020. It has only finished recently and may not be fully operational yet.

The facility is close to the home berth of one of the Chinese aircraft carriers, Shandong (CV-17). The larger of the two docks at the site is large enough to accommodate that carrier or the larger Type-003 Fujian-class that is currently under construction. The smaller dock, where the fire occurred, can accommodate warships, which may include destroyers, submarines and even amphibious warfare ships. 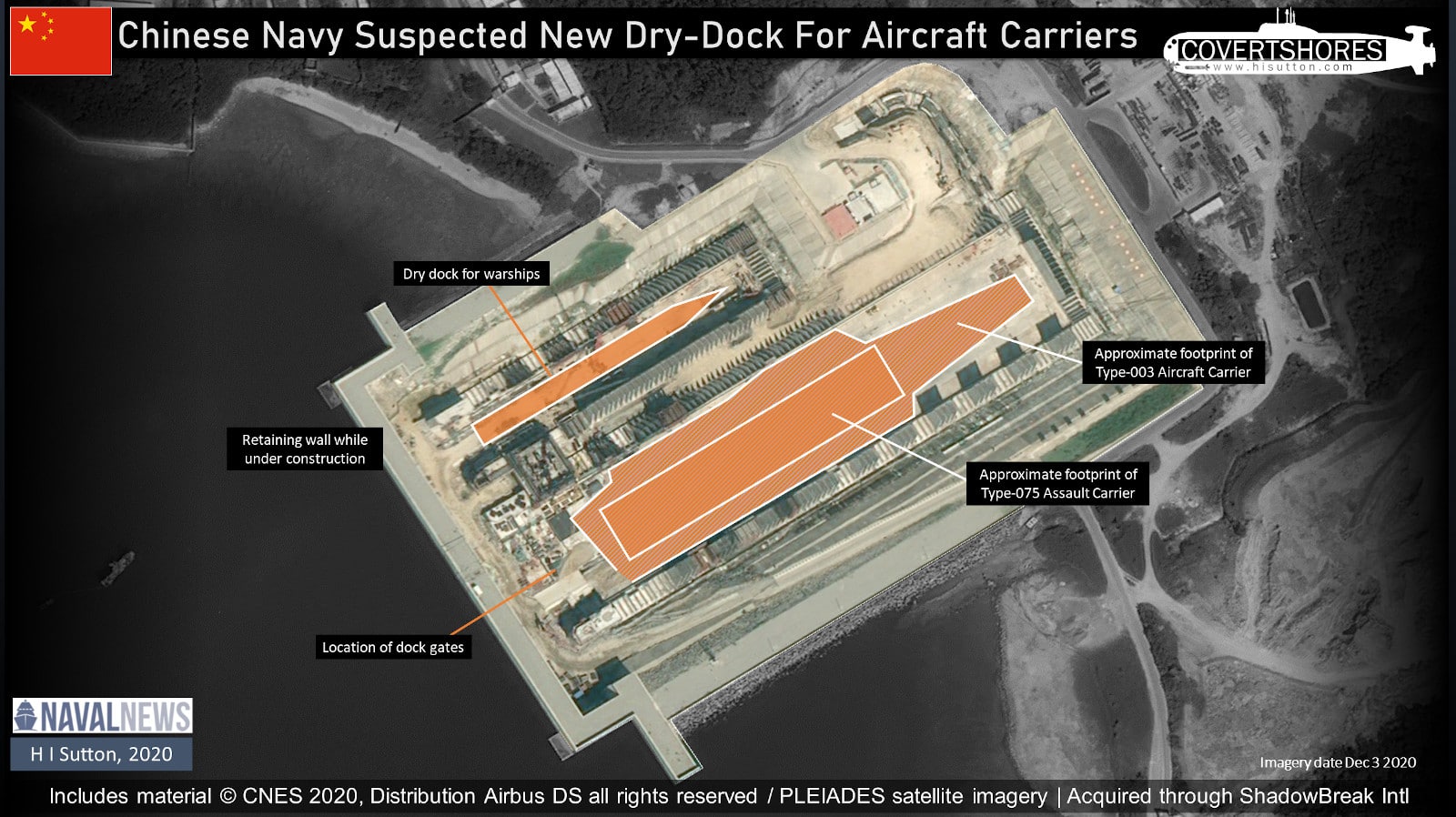 There are several other surface warships piers and two submarine bases nearby. One of these is Yulin, where the majority of China’s ballistic missile submarines are based. The other is for diesel-electric boats. There is also a new research program for China’s answer to the U.S. Navy’s extra-large uncrewed underwater vehicles (XLUUV).

The vessels affected by the fire appear to be two PLAN tugs, according to the satellite images. The full extent of the damage is difficult to gauge in satellite imagery, but the smoke damage seems extensive and both ships are heavily blackened.

The incident does not appear to have been reported in local media, which is not unusual in China, where censorship is heavy.