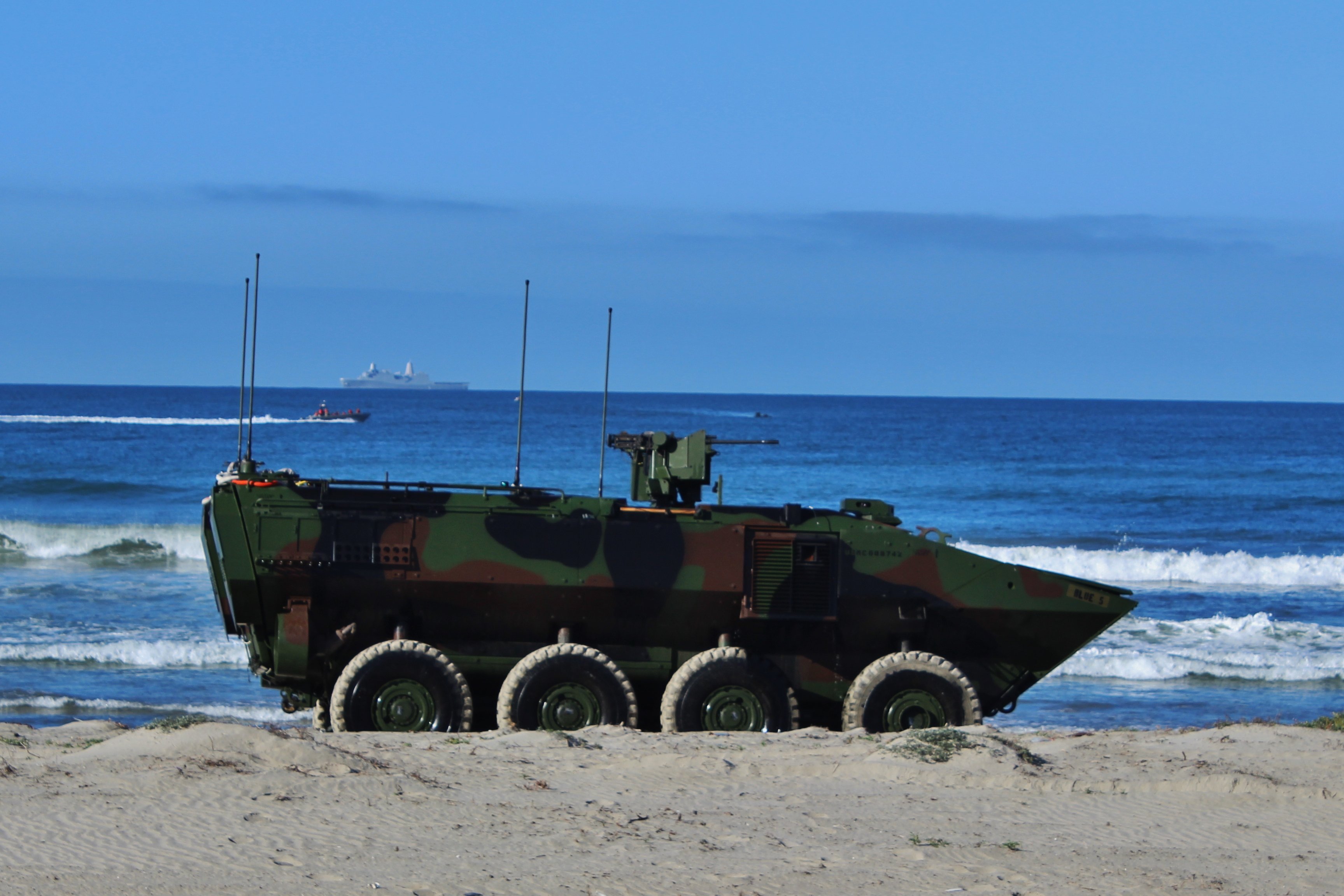 The Marine Corps ordered a stop to waterborne operations in the surf zone for its fleet of Amphibious Combat Vehicles after an ACV overturned in the waters along Camp Pendleton, Calif., the service announced Friday evening.

Under the halt, no ACV is permitted to launch from or land on an ocean beach.

An ACV assigned to Assault Amphibian School suffered “a reported mechanical malfunction” around 7:45 p.m. on Thursday, the Marine Corps said in a news release.

“Of the three crew members inside the vehicle, none sustained injuries or required medical attention,” according to the release. “The incident is currently under investigation.”

The Marine Corps suspension will last until more testing and data is collected and analyzed, according to the release. Amphibious Vehicle Testing Branch-sponsored surf operations are allowed.

Land-based operations are not affected, and the ACVs can still operate in protected waters and in the open ocean, Marine Corps spokesman Capt. Ryan Bruce told USNI News.

At Camp Pendleton that means the ACVs can launch into the water or swim ashore from the base’s boat basin, a protected harbor that has ramps and a sandy shore.

Officials did not detail the mechanical issue that led to the vehicle overturning in the surf.

The surf in the region just south of the base was reported to be 2 to 3 feet. The ACV was reportedly still stuck in the sand Friday morning. It wasn’t clear whether crews had recovered and removed the vehicle from the training beach by late afternoon.

The suspension comes just three weeks after the service cleared its growing fleet of ACVs to resume open-water operations following a two-month pause after a pair of ACVs were disabled in the surf during a July 19 training event at Camp Pendleton involving 3rd Assault Amphibian Battalion. Amid that investigation, the Marines also delayed the first operational deployment of the ACV, which was supposed to be part of the 13th Marine Expeditionary Unit’s overseas deployment with the Makin Island Amphibious Ready Group.

“We’re taking a deliberate and methodical approach to fielding this platform,” Lt. Gen. David Furness, the deputy commandant for plans, policies and preparations, said in the release. “This adjustment to current guidance ensures our Marines have the ability to safely train and maintain proficiency with the platform while we work to conduct additional testing.”

The suspension of surf-zone transiting is the latest disruption to waterborne training for the Marine Corps’ AAV/ACV community.

The ACV, built by BAE Systems, is replacing the Marine Corps’ aging fleet of tracked Assault Amphibious Vehicles. The wheeled ACVs have been undergoing a series of testing and operations with the 1st Marine Division and I Marine Expeditionary Force in California, including water and well-deck operations with Navy amphibious ships this year.