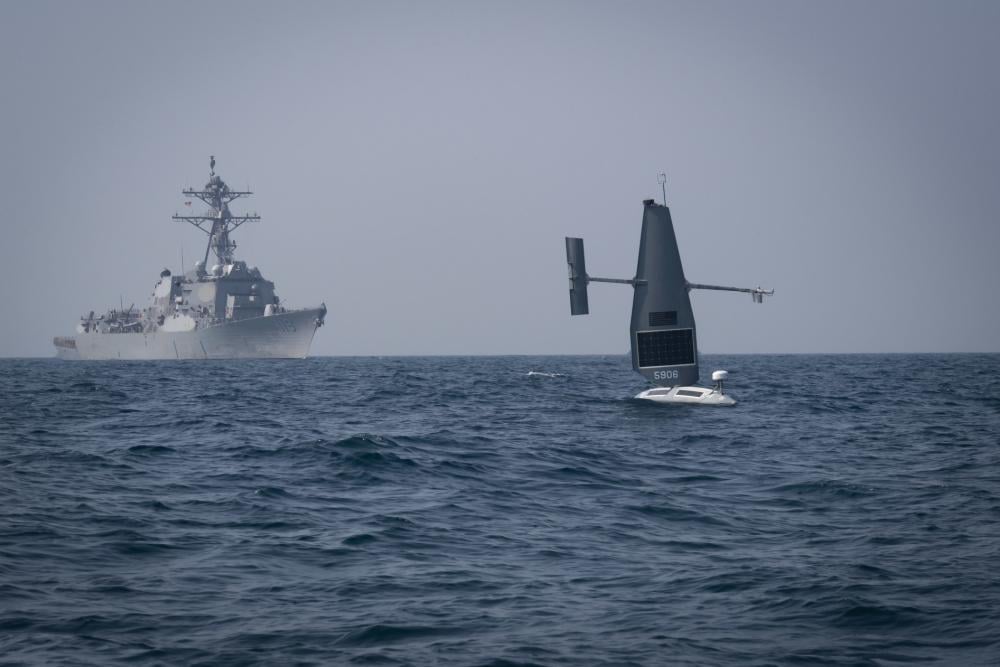 The United States and its allies want a force of 100 unmanned surface vessels patrolling waters from the Red Sea into the Persian Gulf by next summer, the commander of U.S. 5th Fleet said on Tuesday.

“We’ve established a goal to have 100 unmanned surface vessels available for patrol in waters around the Arabian Peninsula by the end of the summer of 2023… with a majority of the systems coming from our international and regional partners,” U.S. 5th Fleet commander Vice Adm. Brad Cooper said during an address at the U.S. Coast Guard Academy.

For the last year, U.S. Central Command has been the test bed for an experimental force of long-endurance unmanned systems at sea married with artificial intelligence tools on shore to look for military threats or illegal activity. Unlike some of the high-end drones used by the U.S. military, the information and sensors for each individual system are unclassified, with their output beamed back to a maritime operations center for a human to make a decision when the AI system detects something out of the ordinary. The effort is known as Task Force 59. 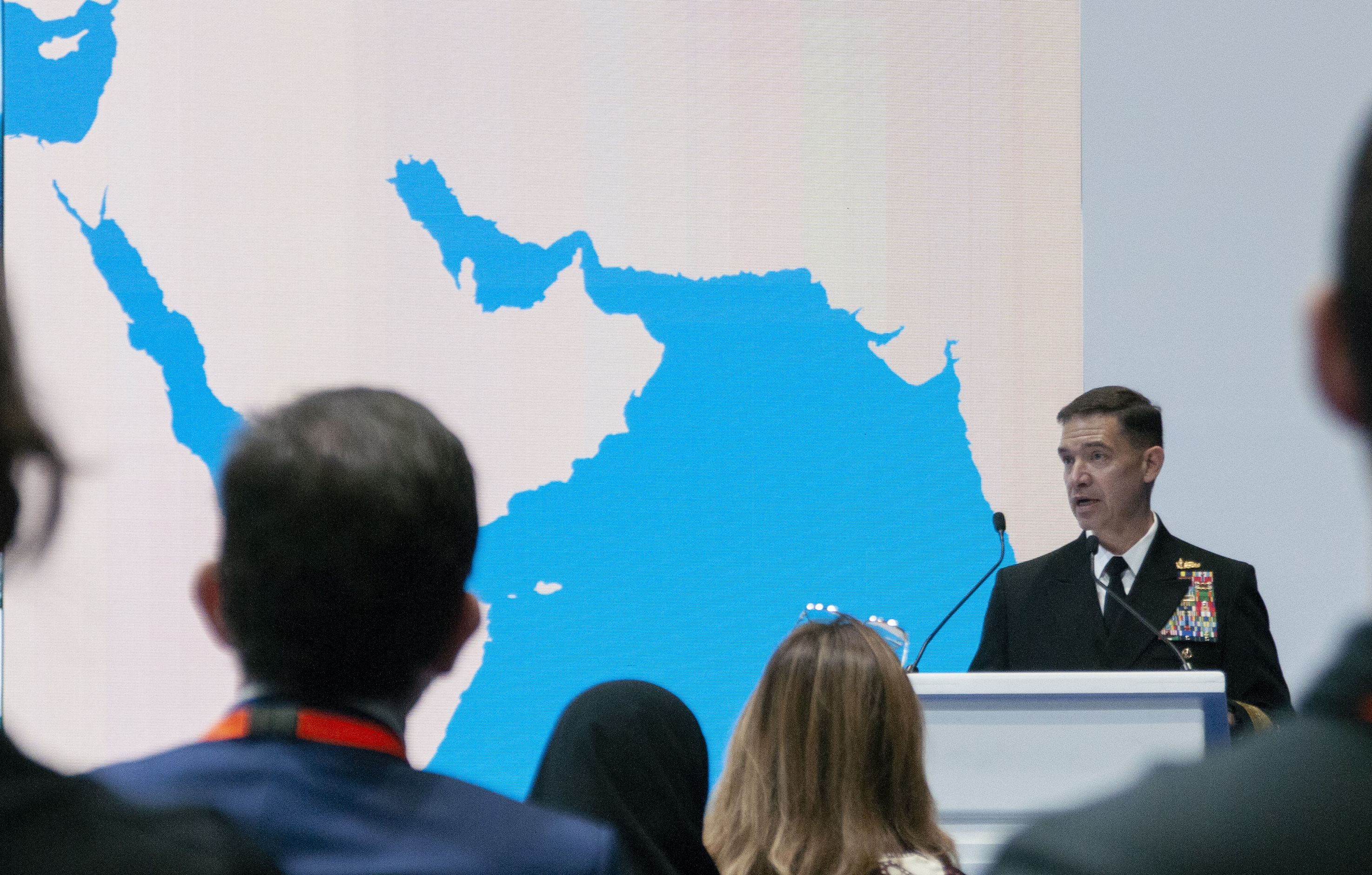 “Every partner and every sensor can offer new information that can be added to what we simply call a digital ocean,” Cooper said during the event held in cooperation with the U.S. Naval Institute and the William M. Wood Foundation.

The largest test of the underlying Task Force 59 concept was earlier this year as part of the International Maritime Exercise 22. Fifty USVs were part of the 60-nation exercise that worked to create a unified picture of 5th Fleet.

“They’re interconnected. They’re controlled by satellite,” he said. “They have 360-degree high-fidelity cameras. They’ve got radar. They have [automatic identification systems] and they’re just sitting there all day, every day, looking,” Cooper said.

For uncertain contacts, the task force has access to other drones that can better investigate a contact at high speeds.

“You can [send] in a 100-knot USV and get a little closer look without putting people in the mix. That’s the optimal scenario of how we do business. You multiply that by every country in the region having a couple and you can quickly see how your awareness increases dramatically over a short period of time,” he said.

Key to the output from the systems is the AI portion back at the maritime operations centers that flag contacts that need more investigation. 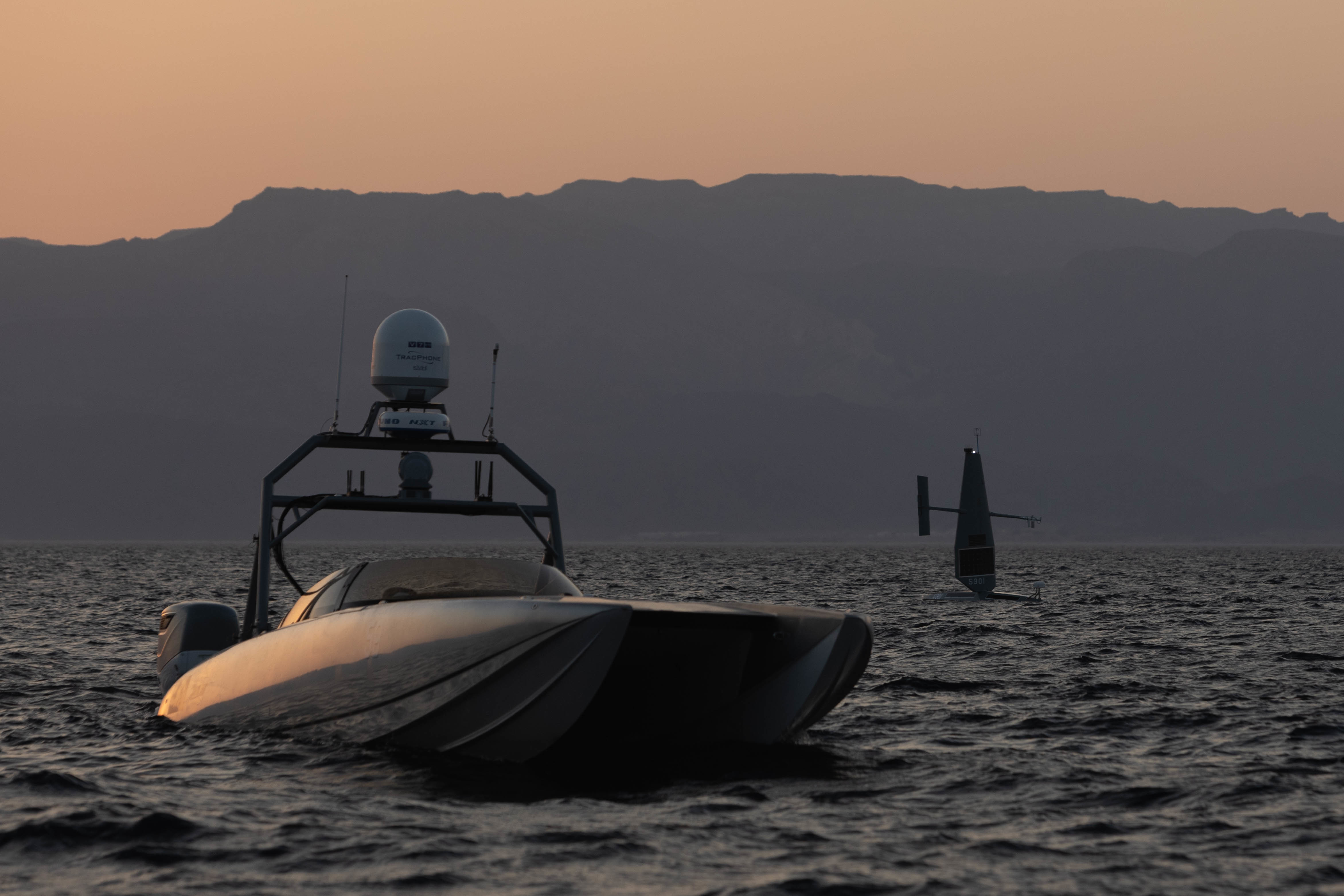 Two unmanned surface vessels, a Devil Ray T-38 and Saildrone Explorer operate in the Gulf of Aqaba, on Sept. 10, 2022 during Eager Lion 2022. US Navy Photo

In addition to the freedom of using unclassified systems, the task force has the mandate to quickly try different unmanned systems and AI providers to bring different platforms into 5th Fleet.

Many of the USVs, like the Saildrone Explorer or the MARTAC’s Mantas T-12 USV, are operated on a contract basis with 5th Fleet, which speeds up bringing the systems in and out of CENTCOM. 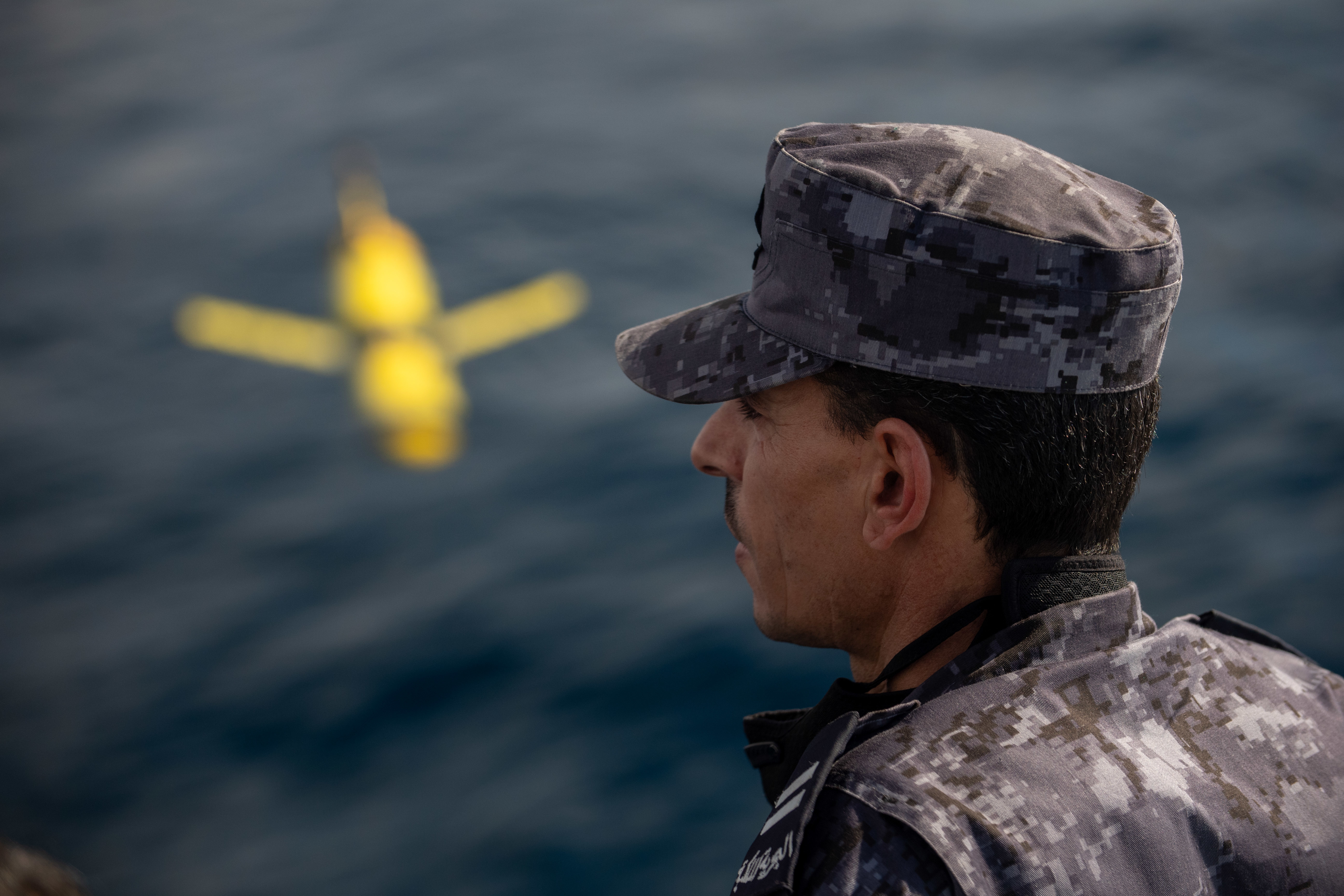 A member of the Royal Jordanian Navy watches a Slocum Glider unmanned undersea vehicle operate in the Gulf of Aqaba during International Maritime Exercise/Cutlass Express 2022 on Feb. 10, 2022. US Navy Photo

The early results of the experimentation have prompted the larger Navy to rethink fundamental assumptions of its unmanned surface vehicle program.

Earlier this year, Chief of Naval Operations Adm. Mike Gilday said he was rethinking the Navy’s requirement for the Medium Unmanned Surface Vessel based on the task force experimentation.

“I don’t know if we’ll have a medium unmanned or not. The stuff that [Vice Adm. Brad] Cooper’s doing right now with [Task Force] 59 – using small unmanned [vehicles] on the scene in the air to sense the environment … in order to yield a common operational picture for allies and partners, as well as 5th Fleet headquarters, has changed my thinking on the direction of unmanned,” Gilday said in April.