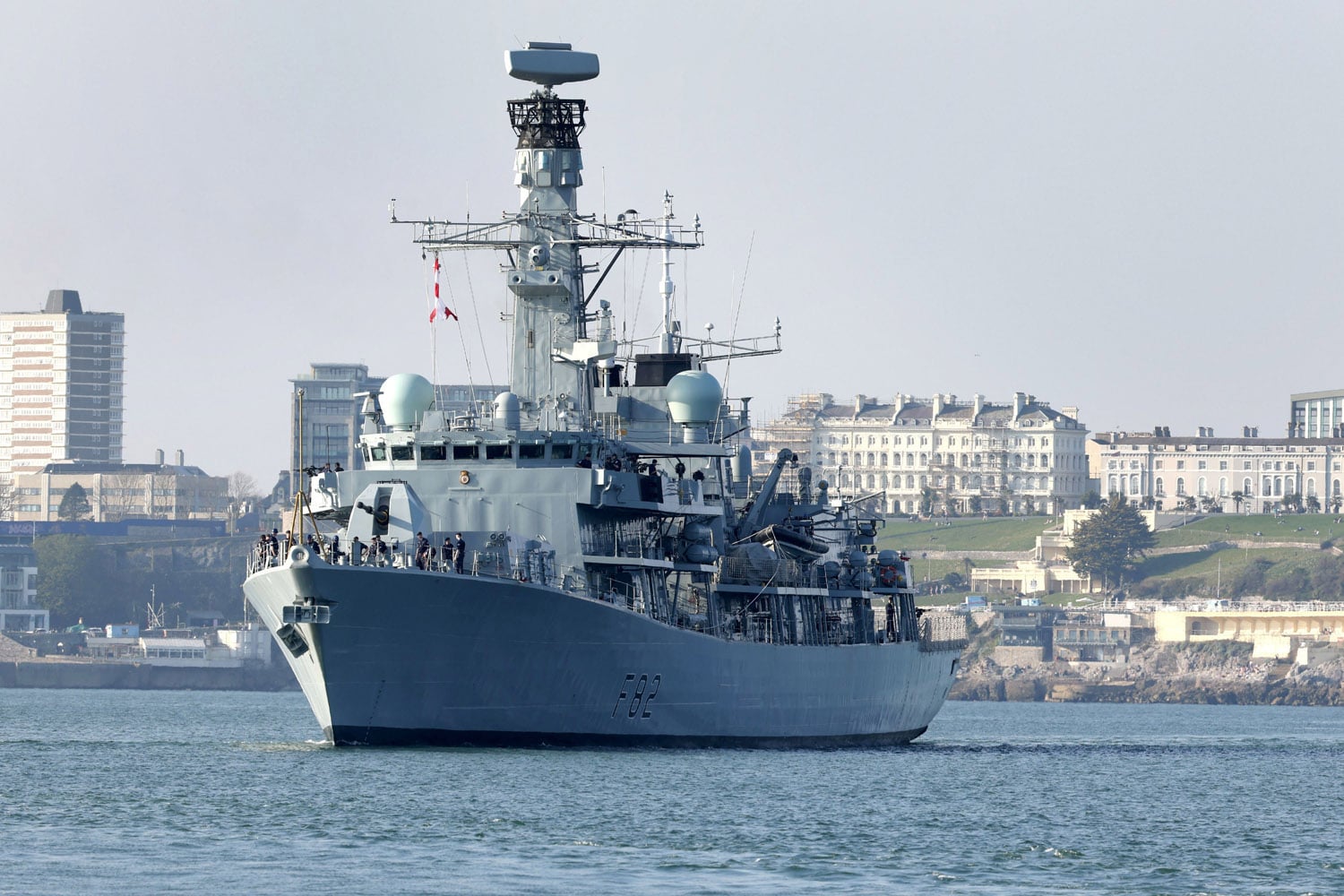 “A Royal Navy frigate is in the North Sea, working with the Norwegian Navy to reassure those working near the gas pipelines,” reads the Monday statement.

The MoD did not specify the frigate, but The Telegraph reported that it would likely be HMS Somerset (F82), which has been exercising with Norwegian forces near Stavanger, Norway.

Somerset completed a four-year modernization period in March and is one of the most modernized ships in the Royal Navy, reported Naval News.

Tasking the frigate to the region follows multiple explosions in sections of the Nord Stream 1 and Nord Stream 2 pipelines near Denmark that send natural gas from Russia to Germany. Over the weekend, NATO called damage to the pipelines, “deliberate, reckless and irresponsible acts of sabotage.”

The frigate tasking announcement from the MoD closely follows a Monday meeting of the U.K.-led Joint Expeditionary Force that condemned the “reckless sabotage” of the pipelines.

The JEF – made up of the U.K., Denmark, Estonia, Finland, Iceland, Latvia, Lithuania, Netherlands, Norway and Sweden – is set up to deploy a multi-national force on short notice to the North Atlantic.

During the meeting, “ministers discussed increasing shared intelligence assessments to ensure common situational awareness, as well as cooperation to secure critical infrastructure,” reads the Monday joint statement from the MoD.
“The JEF will ensure complementarity, alignment and transparency with NATO as well as the investigation led by Danish, Swedish and German authorities.”

In addition to the frigate, Sweden sent a diving vessel to the Nord Stream pipeline site on Monday to inspect the damage, wire service Reuters reported.

Secretary of Defense Lloyd Austin offered U.S. support to his Danish counterpart during their meeting, and the U.S. is ready to provide assistance, a senior U.S. military official told reporters on Monday.

“We have not been asked to provide any specific capabilities from DoD at this time,” the official said.

To date, no one determined who was responsible for the Sept. 27 rupture of the pipelines, in which a joint Danish and Swedish report to the United Nations said were the result of blasts equivalent to “several hundred kilograms of explosive,” according to The Guardian.