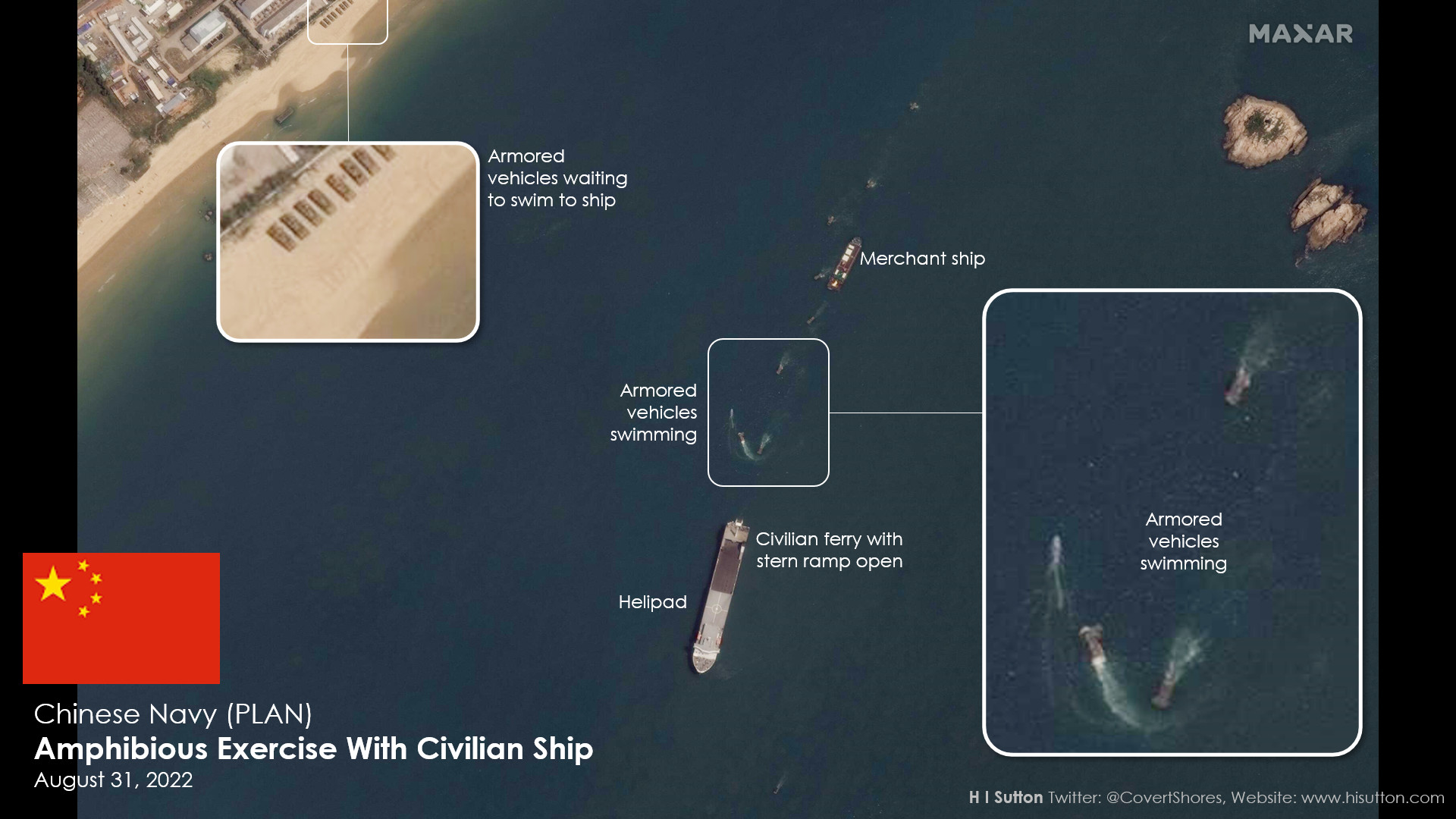 The Chinese military held a major exercise to prove how the People’s Liberation Army Navy could use large civilian ferries to launch a massive amphibious invasion of Taiwan.

The PLAN brought amphibious landing craft to a Chinese beach near the Taiwan Strait, according to Aug. 31 satellite imagery reviewed by USNI News. Offshore, the PLAN arrayed several large civilian ferries and warships. The PLA landing craft left the beach, swam to the car ferries and loaded amphibious assault craft aboard at sea via a specially-constructed ramp. The landing craft then left the ferries and returned to their starting point.

“They ended up parked off the coast in areas that were near other areas where we’ve seen them do amphibious assault training before with commercial ferries,” Shugart told USNI News.
“The numbers were bigger than we’ve seen before.”

“AN LHA or LPD spends a lot of cubic feet [on] Marines able to operate for weeks or months at sea. That’s a lot of wasted space if all you’re doing is making a quick trip across the strait,” he said. 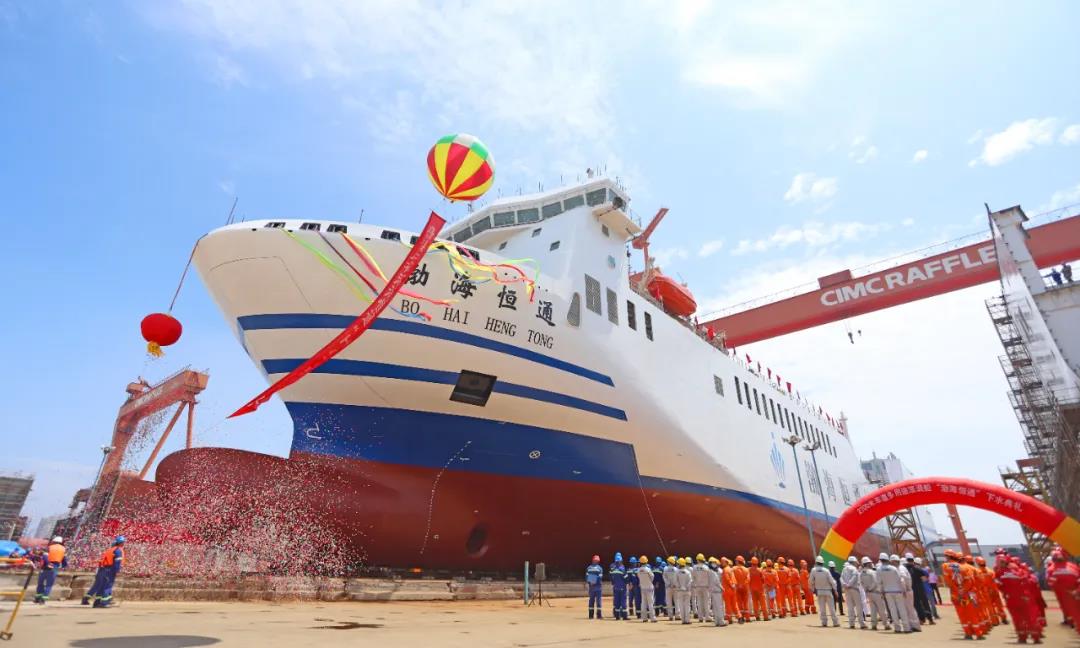 This ship is not unique. Her sister ship, Bo Hai Heng Da, was built at the same time with the same specifications. As the name implies, they normally operate in the Bohai Sea. But for the exercise Bo Hai Heng Tong sailed over 1,000 miles south to be opposite Taiwan.

The concept of augmenting amphibious warfare ships with civilian vessels, and ships taken up from trade (STUFT), are not new to the PLAN. The Chinese Navy has been practicing it for years. Many are used for transport, while some carry artillery pieces on their decks for shore bombardment.

However, launching craft – like the 26-ton ZTD-05, an amphibious armored vehicle used by the PLA – at sea is a new development, Shugart said.

“Everybody assumed that you had to seize a port first. That those [ferries] were second echelon forces… Somebody else has got to seize the port,” he said.
“2021 was the first time we saw them dump amphibious assault vehicles right into the water, which means now those ferries can be the first echelon sending assault units straight to the beach.“ 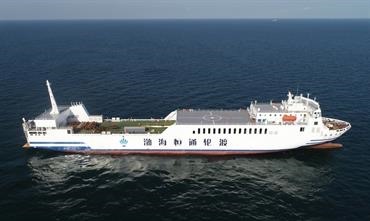 The new RoRo ships – launched in 2020 – are significant in a few ways. They are larger than most other ships in their class. When launched at the CIMC Raffles shipyard in Yantai, the yard described the ships as the largest multi-purpose RoRos Asia. They are multipurpose ships designed from the outset to carry a range of vehicle types and containers and are built with a large helicopter landing deck.

The amphibious exercise came less than a month after U.S. House Speaker Rep. Nancy Pelosi (D-Calif.) visited Taiwan. The visit drew a massive show of force from China as Beijing ramped up military sea and air activity around the island.

Previous norms, such as not sailing warships beyond the median line in the Taiwan Strait, were ignored during the exercise. The new normal sees increased activity, including flying drones over Taiwanese islands. One notable drone incident occurred the same day as the amphibious exercise. 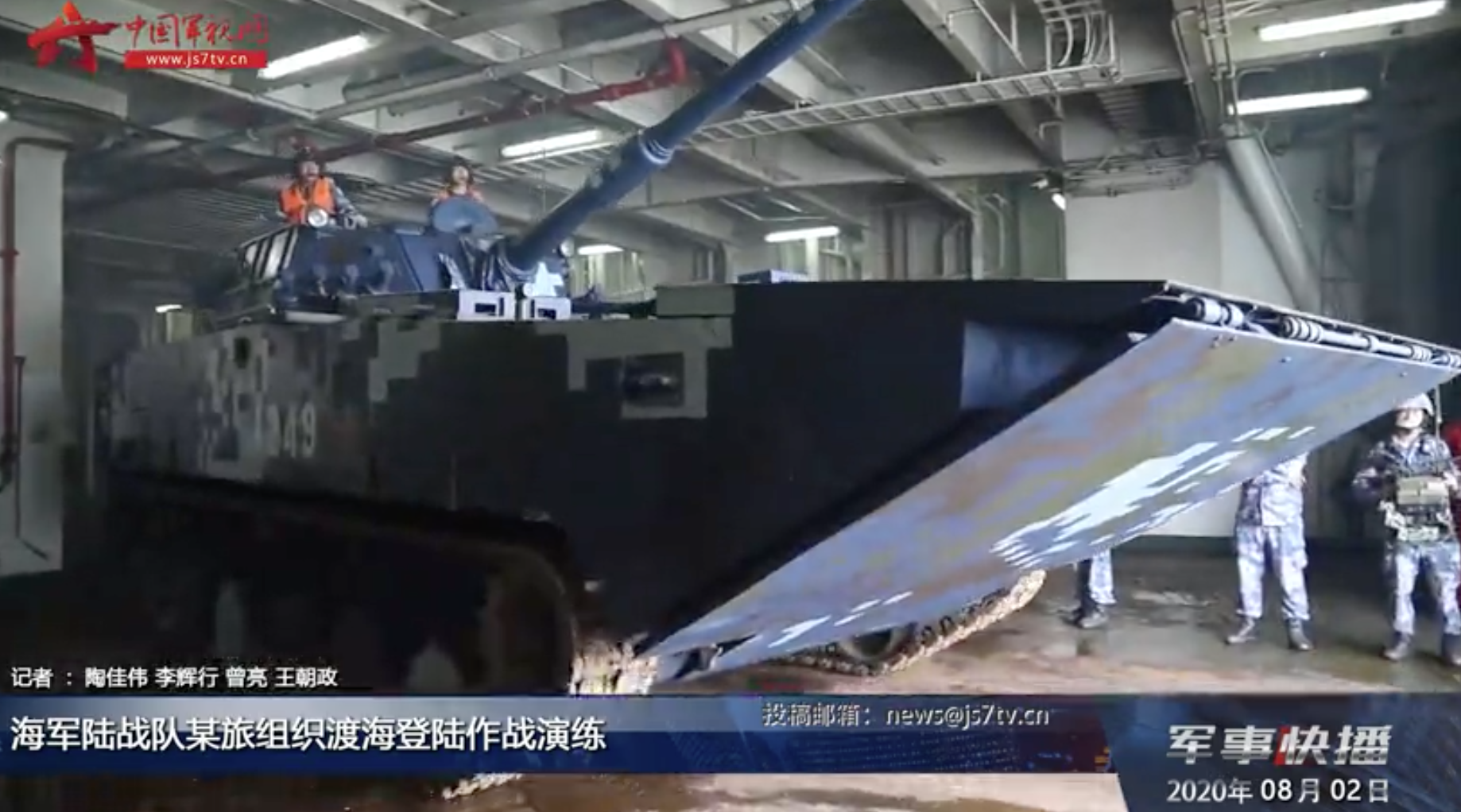 Shugart said, “China’s roll-on/roll-off ferries are very well-suited to support” any invasion of Taiwan. “Civilian augmentation will be essential, if not providing the majority of the required sealift capacity.”

Since the exercise, RoRo ships have returned to their normal routes, ferrying civilian vehicles across the entrance to the Bohai Sea. But their capability would allow China to switch to invasion mode at short notice.

“What can you come up with that’s better than a ferry? That’s what they do. That’s what they’re designed for, is to quickly move vehicles and people, drop them off and go back and work as efficiently as humanly possible,” Shugart told USNI News.