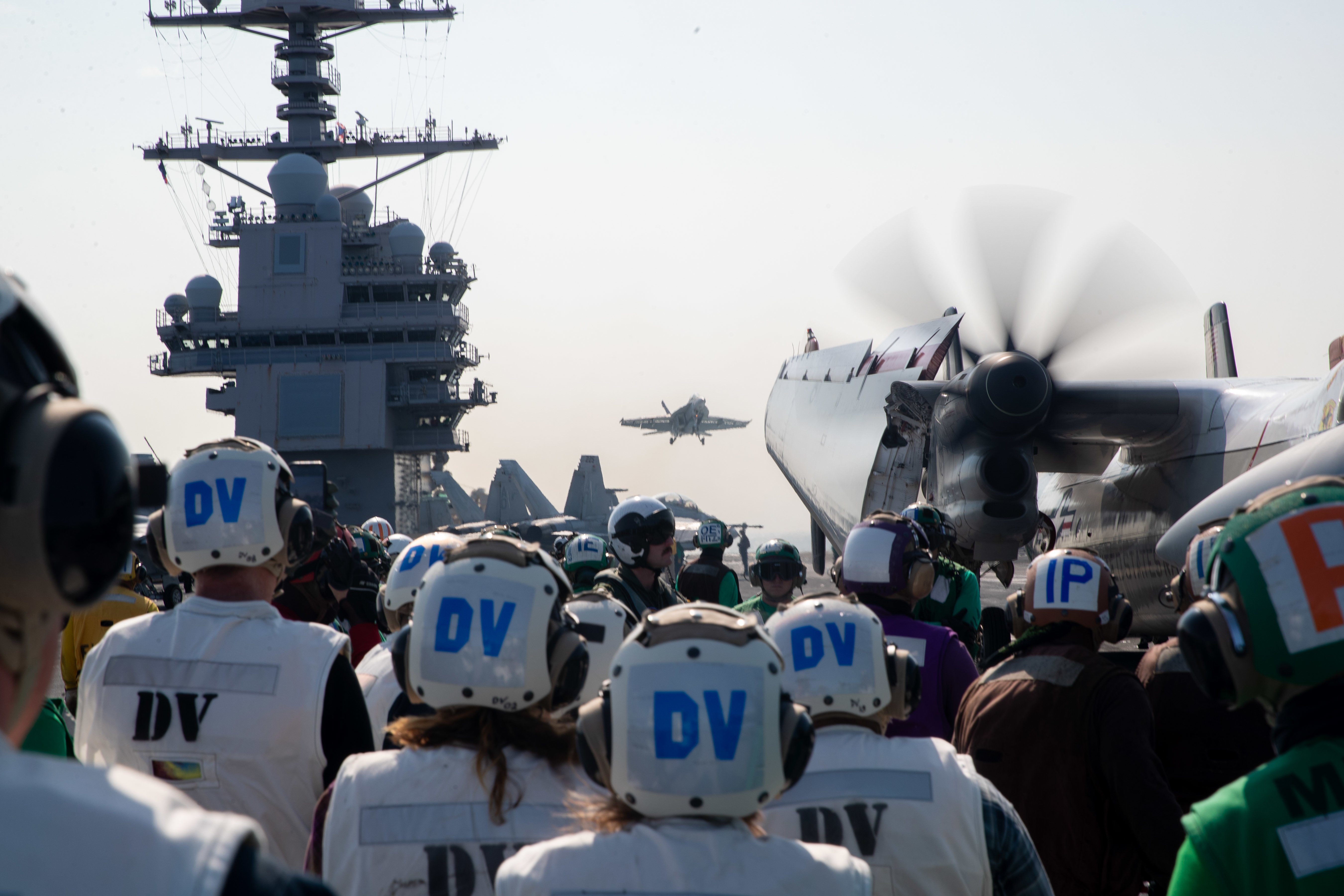 VIRGINIA BEACH, Va. – Five years after its commissioning, the world’s largest warship is in shape to deploy, the officer who oversees the Navy’s carrier program said last week.

USS Gerald R. Ford (CVN-78) quietly reached its initial operating capability in December and has been in workups since completing a six-month repair availability in March following explosive shock trials off the coast of Florida.

Since leaving the repair period, Ford and its crew have been operating at a steady pace off of the East Coast with elements of Carrier Air Wing 8. The crew aboard completed system qualification tests, flight deck certification, three phases of air warfare training, and a Combat Systems Operational Readiness Evaluation that included 11,000 aircraft launches and arrested landings, according to the service.

“Over the last couple of years, she’s spent 250 to 300 days at sea,” Downey said.
“That’s coming up on about two deployments [of steaming days].” 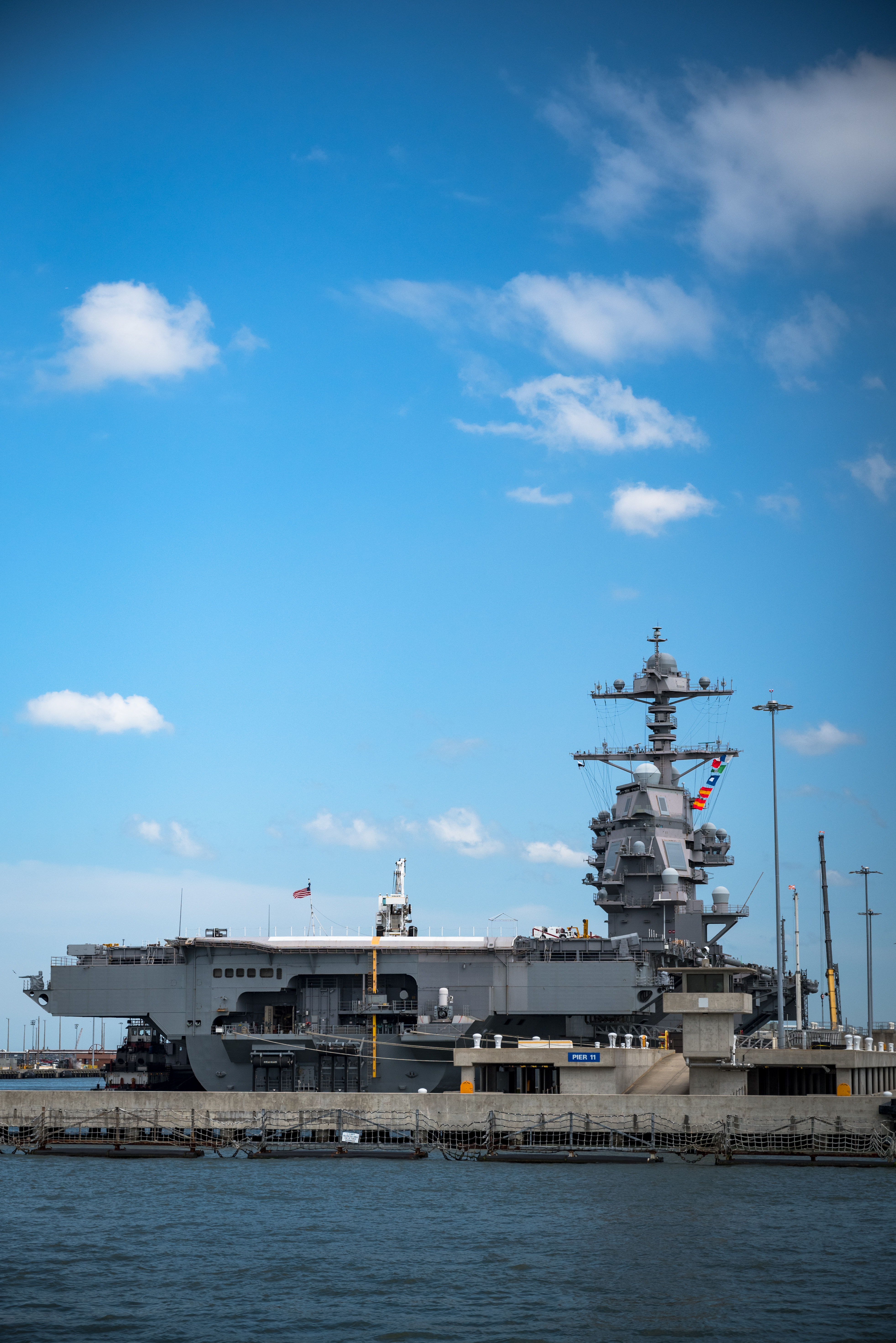 The delay for the $13 billion Ford to pull its share of the operational load was in large part due to the integration of a bevy of new technologies that Pentagon leaders required the Navy to include in the new class.

Those included the Electromagnetic Launching System, known as EMALS, for the aircraft, the Advanced Arresting Gear and the Dual Band air search radar. Those also included the installation of 11 Advanced Weapons Elevators which took several years. The last elevator was delivered in December.

Following the completion of the training and certifications, Ford departed Naval Station Norfolk, Va., on Sept. 16 ahead of an Atlantic training cruise later this year.

“She has every certification that every other carrier has – from flying to live weapons,” Downey told USNI News.

As of Monday, Ford was operating in the Virginia Capes Operating Areas, according to the USNI News Fleet and Marine Tracker.

The upcoming underway won’t be the same as a full carrier strike group deployment, but will be an extended training cruise meant to give the operational commander a chance to get a better sense of how Ford operates, two congressional sources briefed on the Navy’s plan told USNI News in the last several weeks.

The Navy has billed the underway as a “service retained deployment,” which doesn’t require the same certifications for a fully deployed CSG, the Hill sources confirmed to USNI News. The training cruise will partner the strike group with allied ships and will inform a traditional deployment in 2023, USNI News has learned.

When Ford finally enters the deployment cycle, it will ease the burden of the existing East Coast carrier fleet, which has seen a string of extended deployments over the last several years. The carrier was originally scheduled to deploy in 2018.