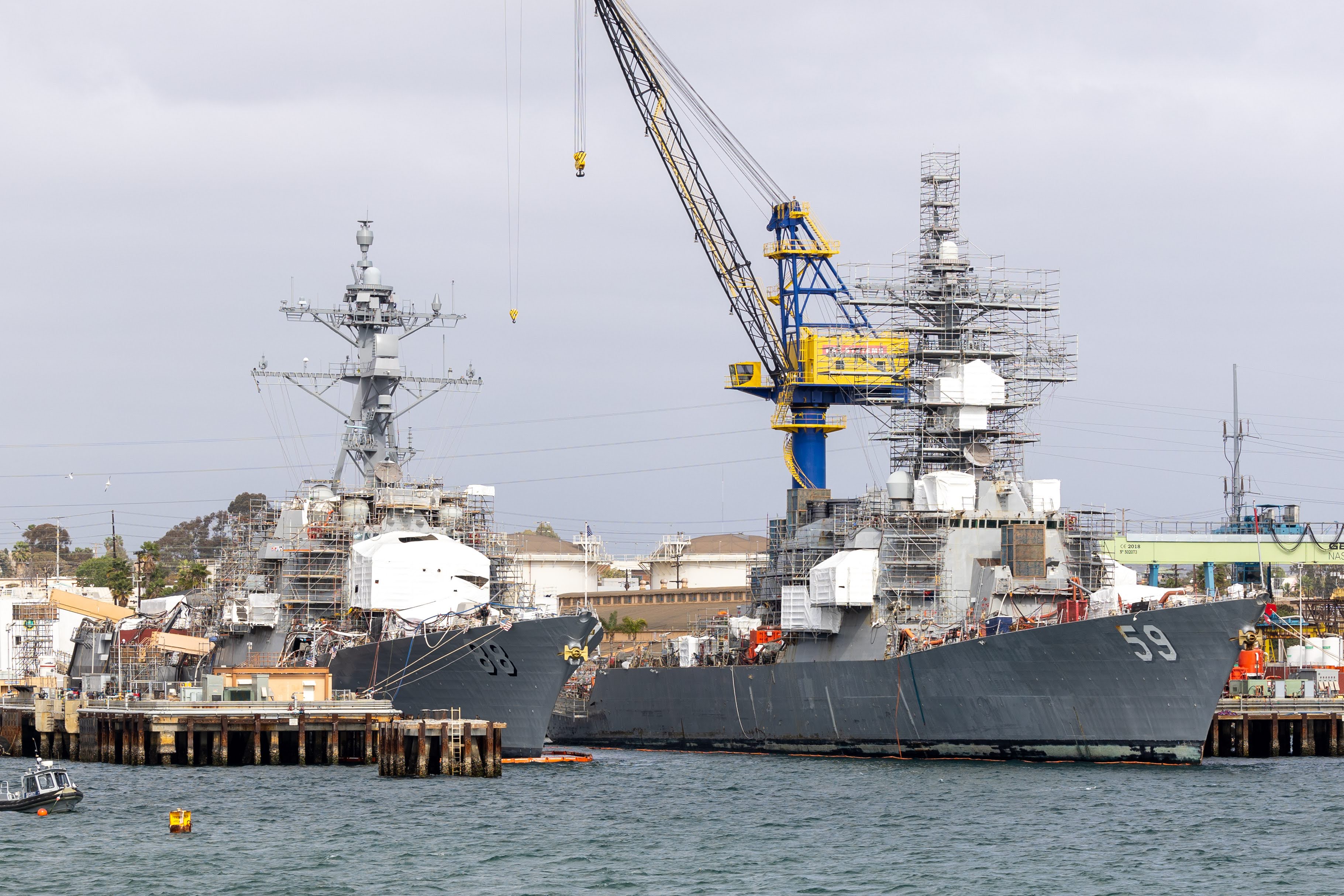 VIRGINIA BEACH, Va. — The rapid expansion in size of the People’s Liberation Army Navy is at the forefront of the maintainers working to reduce the U.S. fleet’s maintenance backlog, senior enlisted leaders said on Tuesday.

“When we talk about maintenance with our leaders, peer competitors are the first thing that comes out of their mouth,” Naval Sea Systems Command Command Master Chief Justin Gray said at the American Society of Naval Engineers’ annual Fleet Maintenance and Modernization Symposium.
“We know that China has three times our industrial capacity, which means that we can’t afford to waste any of the time.”

While the Chinese fleet this year grew beyond 355 ships, the U.S. still has a backlog of about 4,200 days of maintenance delays in the surface ship program – the equivalent of reducing the fleet by about 10 ships for a year.

At the end of Fiscal Year 2022, Naval Sea Systems Command expects to finish only 36 percent of its maintenance availabilities on time – down from 44 percent last year, said Rear Adm. Bill Greene, the fleet maintenance director for U.S. Fleet Forces Command.

“We’re going in the wrong direction in terms of on time delivery,” he said at the ASNE symposium.

The Navy currently has 41 surface ships in availabilities across the service with about a 100 more in the works, Greene said.

The service has spent more than a decade on its effort to catch up on surface maintenance, which was neglected for years at the height of the wars in Afghanistan and Iraq. A major driver of maintaining delays a decade ago were the effects of deferred maintenance in unplanned work, like corrosion in tanks that hadn’t been opened in years

Today, much of the delay is due to the installation of modernized combat systems on legacy hulls, Greene said. In addition to the testing, the combat system work includes installing complex electrical and information technology components that can make it difficult to feather in other maintenance priorities during an availability.

“We continue to struggle in this area,” Greene said.

To test the combat systems mods, much of the work on the ship electrical and propulsion systems needs to be completed ahead of time. That exacerbates delivering the ships on time from the availabilities, Greene said.

“Modernization is absolutely critical in our ability to maintain our advantage over our adversaries,” he said.
“[But] there’s constant tension between getting the latest and greatest capabilities on our ships, and getting our shipyards and our private teams time to get the work done.”

Further complicating getting ships out on time is a lack of qualified shipyard workers in both the public and private yards.

The Navy has seen some relief in the backlog from big data-intensive efforts like the service’s Performance to Plan (P2P) and Naval Sustainment System (NSS) efforts, which more efficiently chart out the course of a maintenance period. But the delays persist.

Adding to the planning headaches for the service are changing decommissioning schedules.

Congress has rejected and revised the Navy’s most recent decommissioning plans for some of the guided-missile cruisers and Littoral Combat Ships the Navy has asked to shed.

“The biggest problem we have right now is the uncertainty we have in our decommissioning schedules,” Greene said.
“When we put a ship on the decommissioning list, funding for future availabilities and modernization is reprogramed.”

Meanwhile, maintainers are looking for more ways to improve the maintenance to deliver the ships to the fleet.

“Those sailors cannot employ those instruments of war if they’re tied up in maintenance. So we got to deliver those assets,” Gray said.
“If there’s one thing I’ve communicated to you today is a sense of urgency.”