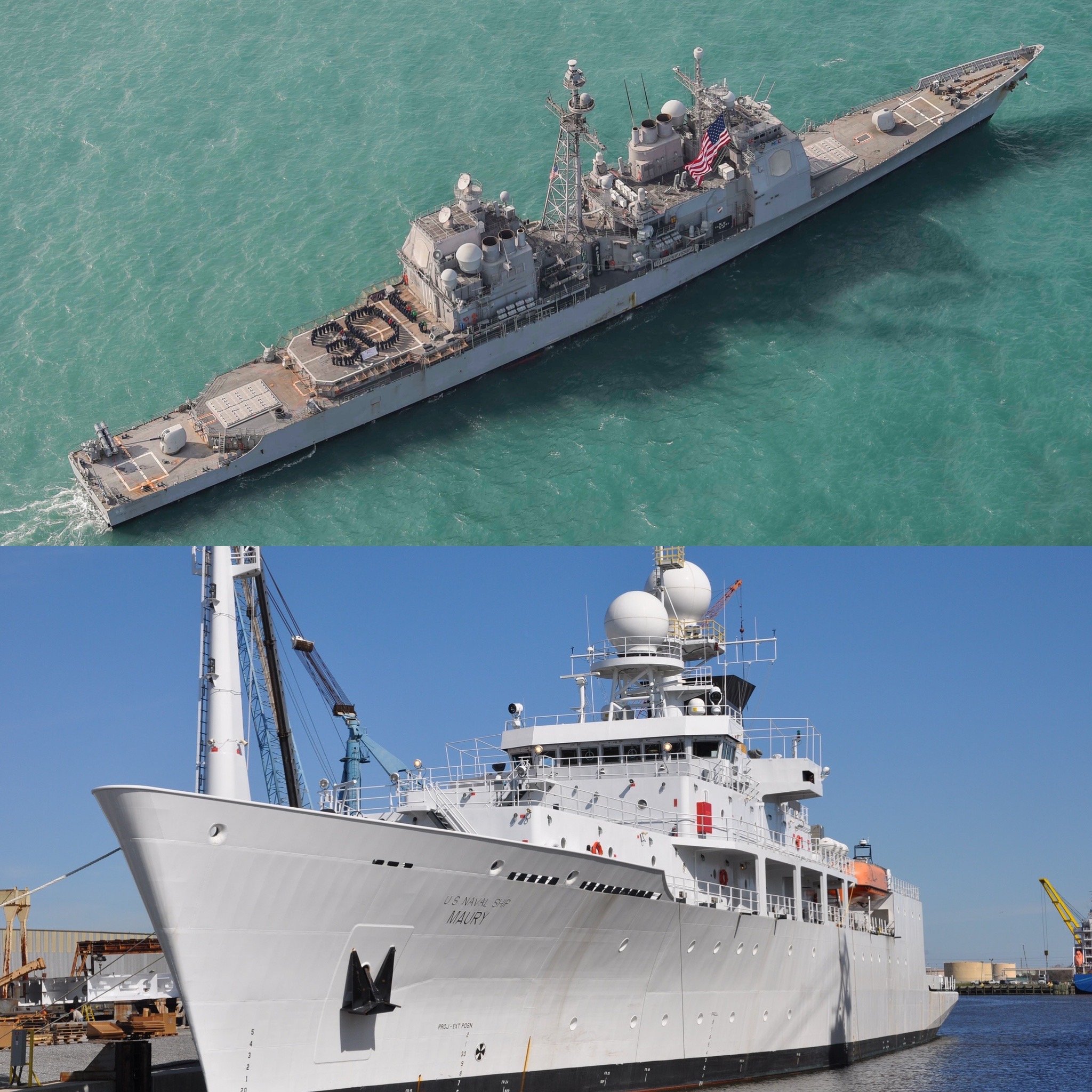 Two Navy ships christened with names tied to the Confederacy should be renamed, according to the commission tasked with purging Confederate names from the Department of Defense.

The committee did not offer recommendations for new names and the new designations are up to Navy Secretary Carlos Del Toro, commission member and retired Army Brig. Gen. Ty Seidule, the vice chair of the commission, told reporters on Tuesday.

There have been early discussions on potential new names, but there has been no final determination as to what the names would be or when the service would rename the ships, Navy spokesman Capt. J.D. Dorsey told USNI News on Tuesday.

The Fiscal Year 2020 National Defense Authorization Act, which established the Naming Commission, prevents the Navy from naming or renaming ships that would honor the Confederacy, Seidule said.

“There will not be another element, another asset that will commemorate the Confederacy or those who voluntarily served … in the Confederacy,” he said. 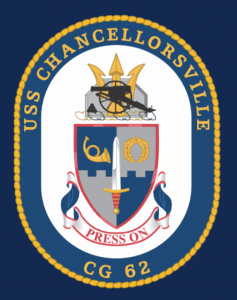 Chancellorsville, a Japan-based cruiser, commissioned in 1989 was named for an 1863 Confederate victory, while the survey ship was named for Matthew Fontaine Maury, who joined the Confederacy after a long career with the U.S. Navy in which he laid much of the modern foundation for meteorology and navigation.

At the suggestion of the Navy, the Naming Commission looked at what was said during Chancellorsville’s commissioning ceremony, the ship’s heraldic background and what used to be in the wardroom, Seidule said.

“We looked at the entire context and felt as though that this commemorated the Confederacy,” he said.

While not named for a Confederate, the Virginia battle was an overwhelming victory for the Army of Northern Virginia led by Robert E. Lee and Thomas “Stonewall” Jackson. Much of the heraldry aboard and the ship’s crest celebrates that fact.

“The predominant gray refers to General Robert E. Lee’s spectacular military strategies and his dominance in this battle. Lee’s victory came at heavy cost, however, because General Thomas J. ‘Stonewall’ Jackson was mortally wounded. The inverted wreath commemorates General Jackson’s death,” read the description of the crest before it was removed from the ship’s web page.

The ship’s motto, “Press on,” is what Jackson allegedly said in pursuit of a rout of Union troops.

Navy officials in the lead-up to the 1989 commissioning celebrated Lee and Jackson’s success. 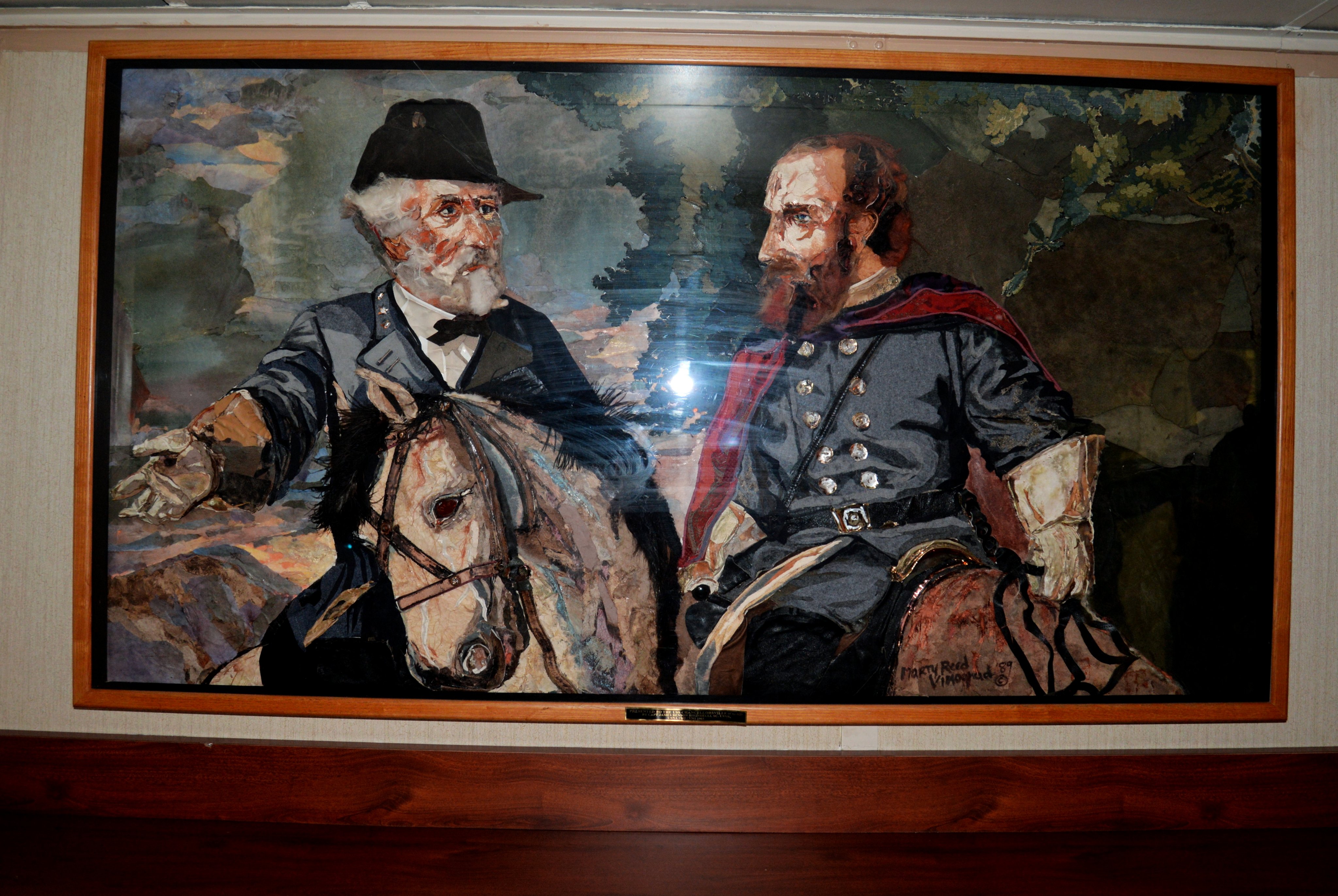 A painting of Lee and Jackson in 2016 in the USS Chancellorsville. Christopher Cavas Photo Used with permission

“You couldn’t pick a more exciting battle,” the first commander of the cruiser and Civil War enthusiast Gordon Rheinstrom told the Associated Press in 1988. “Lee and Jackson may never have been better than at Chancellorsville. They were brilliant. It was one of their finest engagements.”

Up until 2016, the ship’s wardroom featured a painting of Lee and Jackson that has since been removed.

In considering Maury’s name, the commission looked at the namesake. Although Maury is sometimes considered the father of oceanography, he fought for and believed in the ideals of the Confederacy, making his name inappropriate for a ship, Seidule said.

The commission also considered renaming USS Antietam (CG-54), which was a Union strategic victory but resulted in massive casualties. The commission said it did not warrant renaming because it was a U.S. victory and led to the Emancipation Proclamation.

“It depends on whether or not you see Antietam as a Union victory,” commission head retired Adm. Michelle Howard said in 2021.
“That needs more exploration behind what the ship was named.”

This is not the first time active ships have been renamed, Seidule said. There were at least 20 other ships that were renamed during their time in the Navy.

Unlike the Army, which named several bases in the South after Confederate officers starting around World War I, the Navy had fewer items to asses in the renaming process.

A separate report released last month recommended renaming a building at the Naval Academy named for Maury and a road and a building named for the first Superintendent, Franklin Buchanan, who joined the Confederacy and rose to the rank of rear admiral.

“Under his command in several naval battles, his efforts killed hundreds of U.S. Navy sailors,” reads the report.