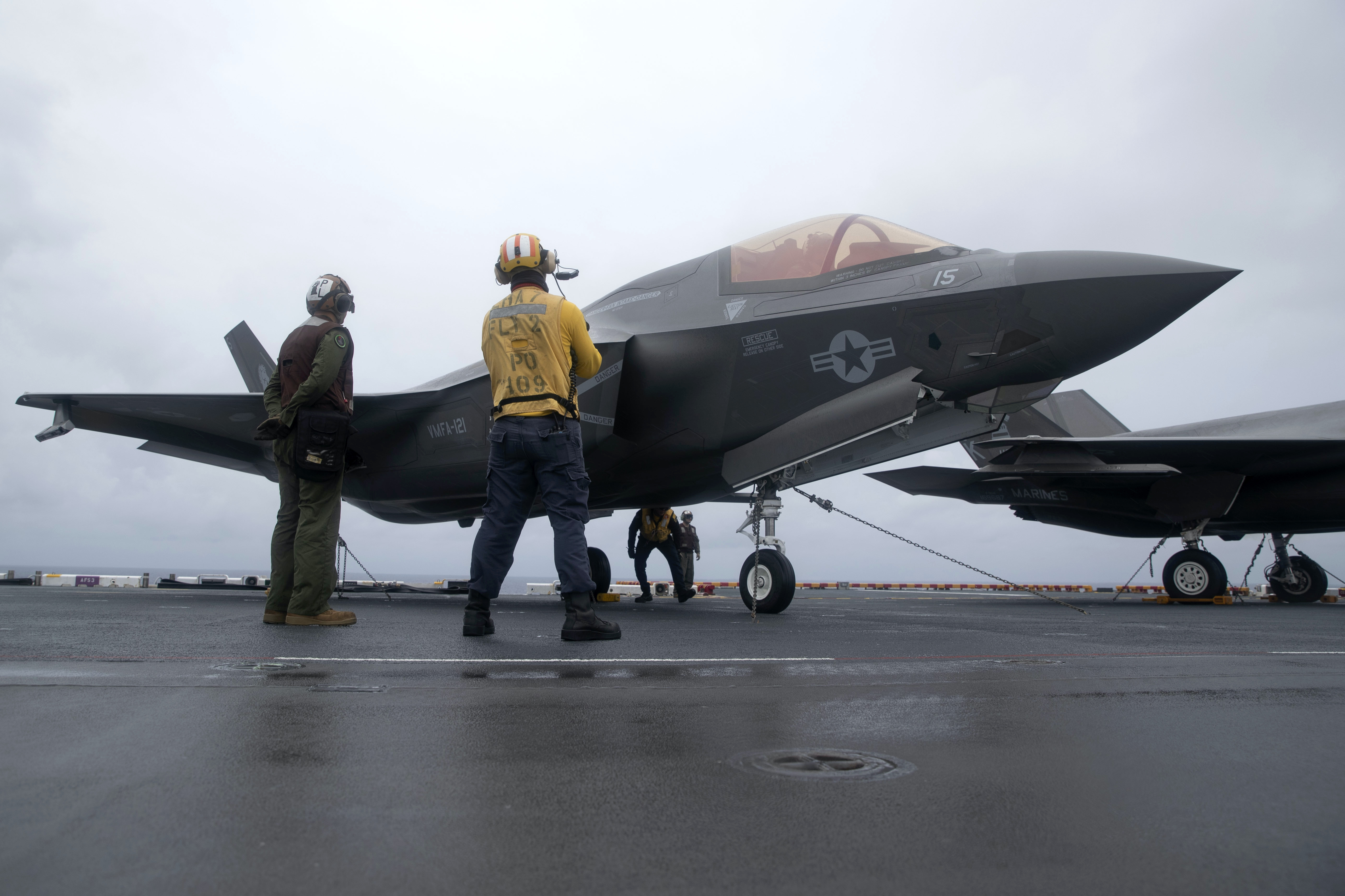 THE PENTAGON — Although the results of an investigation are pending, it’s unlikely that a Chinese alloy built into a magnet connected to the F-35 Lighting II Joint Strike Fighter’s engine presents a security risk or safety issue to the operational aircraft, the chief weapons buyer for the Defense Department told USNI News on Friday.

Discovery of the alloy, used in a magnet in a component built by Honeywell International and connected to the F-35s engine, prompted the Defense Department to suspend deliveries of the fighters from prime contractor Lockheed Martin.

“They’re looking at two things, impact on security — if any — and impact on air worthiness or safety — if any. Right now, so far, there doesn’t appear to be any,” Bill LaPlante, DoD under secretary of defense for acquisition and sustainment, told reporters on Friday.

“If we, in fact, find neither of those to be the case, we’ll be able to do a waiver and do the replacements and get the production line moving again. So I’m hoping this is going to be resolved pretty soon.”

The discovery of the alloy tripped a pause in deliveries as part of the Defense Federal Acquisition Regulation Supplement (DFARS) — rules that govern department acquisition and the supply chain for defense companies, he said.

“The contractor self-reported that an alloy that goes into a magnet was made in China and by the DFARS, that meant we had to stop until we understood it … pending the results of the investigation,” LaPlante said.
“They’re moving pretty quickly.”

The Defense Department maintains that the aircraft already in service are safe to fly.

“We have confirmed that the magnet does not transmit information or harm the integrity of the aircraft and there are no performance, quality, safety, or security risks associated with this issue and flight operations for the F-35 in-service fleet will continue as normal,” Russell Goemaere, the spokesman for the F-35 Joint Program Office, told USNI News when asked if the Defense Department will remove the magnet from in-service aircraft in a statement.

The alloy is specifically in a magnet used the pumps of the aircraft’s turbomachine, which Honeywell builds, according to a report in Politico.

“Honeywell remains committed to supplying high-quality products that meet or exceed all customer contract requirements. We are working closely with DOD and Lockheed Martin to ensure that we continue to achieve those commitments on products Honeywell supplies for use on the F-35,” Adam Kress, a spokesman for Honeywell, said in a company statement.

Lockheed Martin, the prime contractor for the F-35, said the company and the Pentagon are looking for a solution so Lockheed can continue delivering the aircraft.

“We are working with our partners and DoD to ensure contractual compliance within the supply chain. The magnet has no visibility or access to any sensitive program information. The F-35 remains safe for flight, and we are working with the DoD to resolve the issue as quickly as possible to resume deliveries,” a Lockheed Martin spokesperson said in a statement.

The alloy was in use by Honeywell for close to two decades before Honeywell learned where the component originated, according to a report in Bloomberg.

“It’s part of a broader issue, which we call supply chain illumination. Good news is that there are tools coming out using artificial intelligence and open sources that could dive in and maybe find some of these things. But I think it’s going to be a constant issue for us — understanding our supply chain,” LaPlante said.

“I’ve just seen enough cases of discovering things in supply chains that I wouldn’t be surprised by anything. I’ve often said … [a] company that says they know their supply chain is like a company saying they’ve never been hacked. It’s an endless battle.”