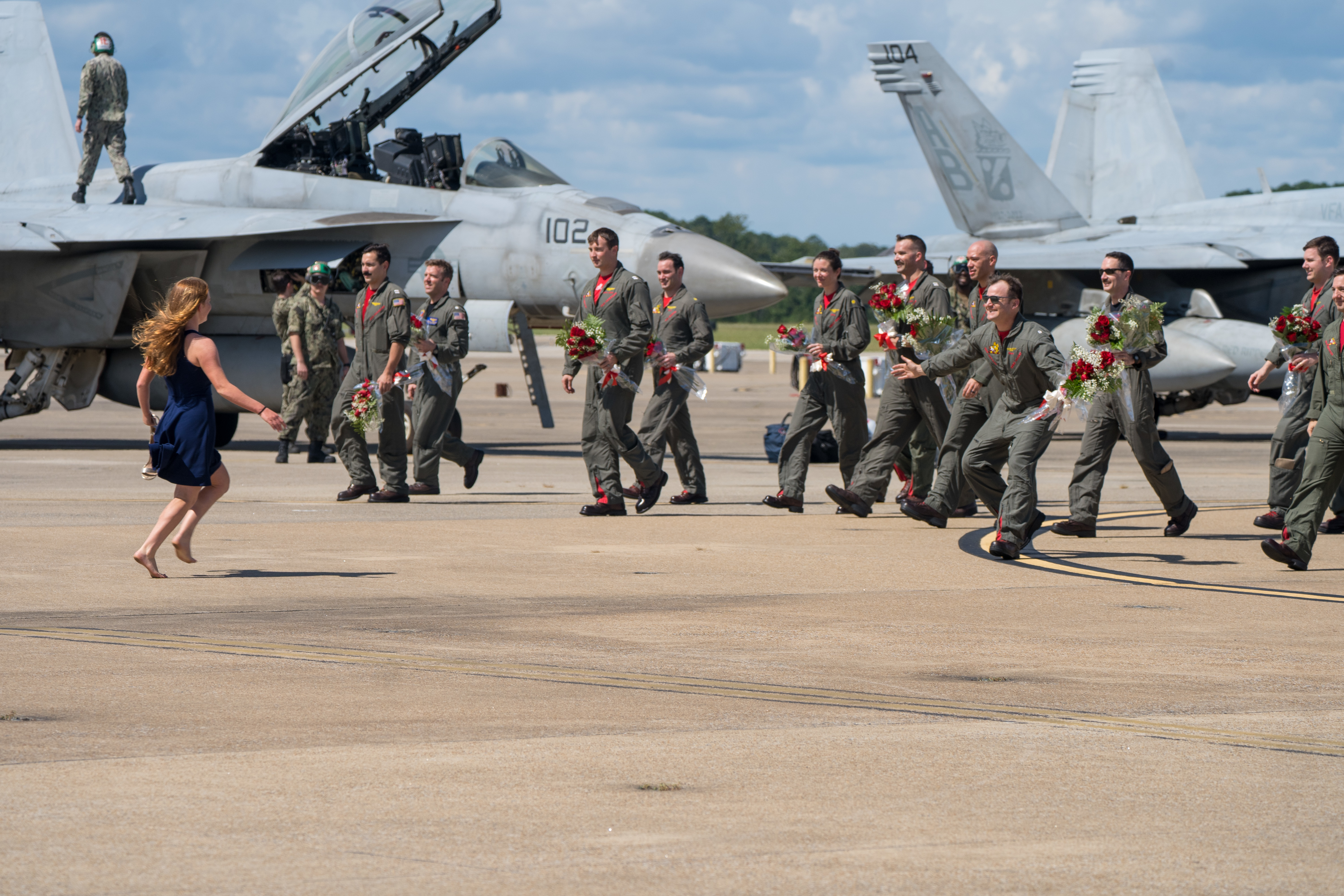 Members of the Harry S. Truman Carrier Strike Group are returning home after an extended deployment to the Mediterranean Sea, with Carrier Air Wing 1, which was embarked on USS Harry S. Truman (CVN-75) landing at their home fields on Monday.

USS San Jacinto (CG-56) is expected arrive in Norfolk, Va., tomorrow, with ship spotters sighting it off of the coast of Virginia Beach, Va., Wednesday.

USS Cole (DDG-67), USS Bainbridge (DDG- 96) and USS Gonzalez (DDG-66), all part of Destroyer Squadron 28, are still at sea. Truman is also still in the Atlantic Ocean but is expected to pull into Norfolk in the coming days.

The Harry S. Truman CSG were in the Mediterranean for a nine-month deployment as part of the U.S. support of NATO allies and as a hedge against Russian aggression since Moscow invaded Ukraine.

Carrier Air Wing 1, commanded by Capt. Patrick Hourigan, is the first of the strike group’s remaining commands to return to their home, according to a Tuesday Navy press release.

Carrier Air Wing 1, which was embarked on Truman, consists of:

While supporting U.S. European Command, Air Carrier Wing 1 flew more than 10,200 sorties, according to the release. During a March 2022 visit to Truman, while it was in the Mediterranean, USNI News learned that the air wing performed 60 to 90 sorties a day, at the time.