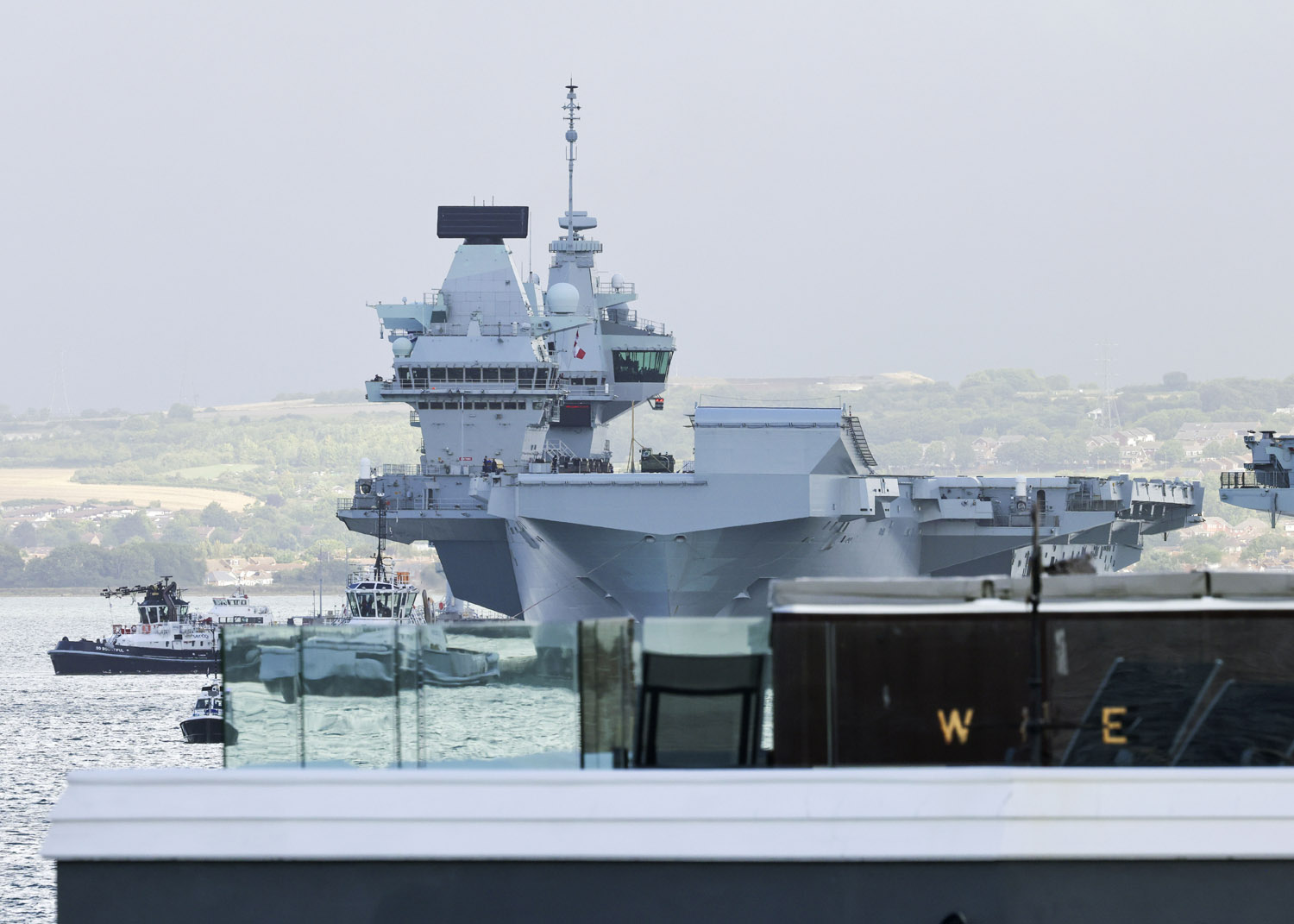 Ahead of a planned European deployment, Queen Elizabeth will step in for some of the stops for Prince of Wales, the Royal Navy said.

“In the coming months, HMS Queen Elizabeth will be at the heart of a powerful task group made up of thousands of sailors, up to ten ships, F-35B Lightning [II] jets, helicopter squadrons and Royal Marines Commandos which will operate across Europe this autumn,” reads a statement from the Royal Navy.
“But the aircraft carrier will first deploy to the East Coast of the United States to undertake parts of HMS Prince of Wales’ deployment – as her sister ship undergoes repairs.”

Shortly after Prince of Wales left for the East Coast in late August, the carrier’s propulsion system was damaged and it limped back to port for repairs, canceling its U.S. stops that would have included F-35B qualifications and playing host for a defense conference in New York.

Rear Admiral Steve Moorhouse @smrmoorhouse delivers the latest update on @HMSPWLS.
“We will repair her and get her back on operations, protecting the nation and our allies, as soon as possible.” pic.twitter.com/NcbzE2RJiM

The Royal Navy said a connection in the starboard drive shaft that links the carrier’s prime movers to the props failed, resulting in major damage to the propulsion system.

“Royal Navy divers have inspected the starboard shaft of the ship and the adjacent areas. And they have confirmed that there is significant damage to the shaft and the propeller, and some superficial damage to the rudder, but no damage to the rest of the ship,” Royal Navy Rear Adm. Steve Moorhouse said in a video posted on Twitter last week.
“Our initial assessment has shown that a coupling which joins the final two sections of the shaft has failed. Now this is an extremely unusual fault, and we continue to pursue or repair options. We’re working to stabilize the shafts section and the propeller, after which the ship will return to Portsmouth. The ship will then probably need to enter a drydock as this will be the safest and quickest way to affect the repairs.”

The Royal Navy is now preparing to fix Prince of Wales.

Queen Elizabeth completed its inaugural deployment to the Western Pacific last year with a mixed air wing of U.K. and U.S. Marines F-35Bs and an international group of escorts to include USS The Sullivans (DDG-68) and Dutch frigate HNLMS Evertsen (F805).

The next deployment will focus on Europe.

“Queen Elizabeth will primarily be focused on operations in the Baltic and work closely with forces from Denmark, Estonia, Finland, Iceland, Latvia, Lithuania, the Netherlands, Norway and Sweden,” reads the statement.
“Together, these nations form the U.K.-led Joint Expeditionary Force, which is designed to react to crises whenever and wherever they unfold.”