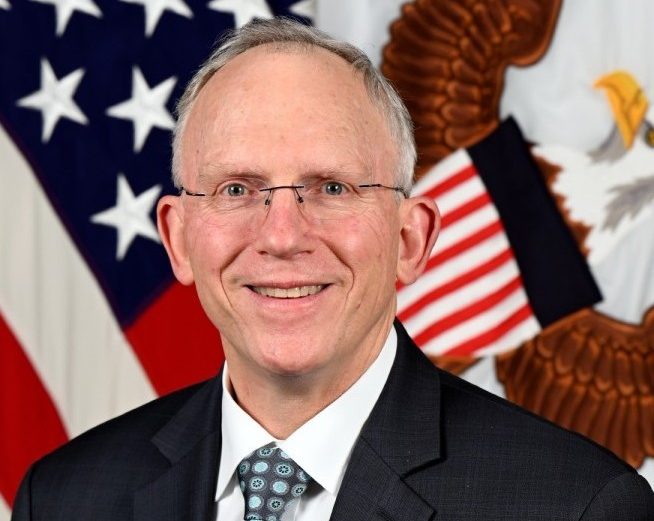 The Pentagon’s chief weapons tester will be nominated to lead the Navy’s acquisition efforts, the White House announced on Friday.

Nickolas Guertin, the current Director of Operational Test and Evaluation, is now set to be the White House’s nominee as assistant secretary of the Navy for research, development and acquisition (RDA), according to a late Friday release from the Biden administration.

The director of DOT&E reports directly to both Secretary of Defense Lloyd Austin and Deputy Defense Secretary Kath Hicks. He was confirmed for the job in December.

The RDA job has been vacant for more than a year and half and is currently overseen by both the former chief of staff to Secretary of the Navy Carlos del Toro, Tommy Ross, and career Navy civil servant Jay Stefany. Ross has been “performing the duties” of the RDA since early May, however Stefany has been responsible for some of the responsibilities of the job, including testifying before Congress, since del Toro appointed Ross for the role.

If nominated, Guertin would be the first permanent RDA since James “Hondo” Geurts left the role at the end of the Trump administration.

Prior to DOT&E director, Guertin worked in the office of Deputy Assistant Secretary of the Navy for Research, Development, Test and Evaluation (DASN RDT&E) from 2011 to 2016 and for more than a decade as a a submarine engineer for Naval Sea Systems Command throughout his career.

“He has an extensive four-decade combined military and civilian career in submarine operations, ship construction and maintenance, development and testing of weapons, sensors, combat management products including the improvement of systems engineering, and defense acquisition,” reads a statement from the White House.
“Most recently, he has performed applied research for government and academia in software-reliant and cyber-physical systems at Carnegie Mellon University’s Software Engineering Institute.”

Ross, has largely worked with Democratic legislators in the House and Senate, including former Sens. Tom Daschle (D-S.D.) and Harry Reid (D-Nev.). During the last two years of the Obama administration, Ross worked at the Pentagon as the deputy assistant secretary for security cooperation. Stefany, a career civil servant, became the deputy ASN RD&A in 2018. Prior to that job, he was the executive director of the amphibious, auxiliary and sealift office in Program Executive Office, Ships.