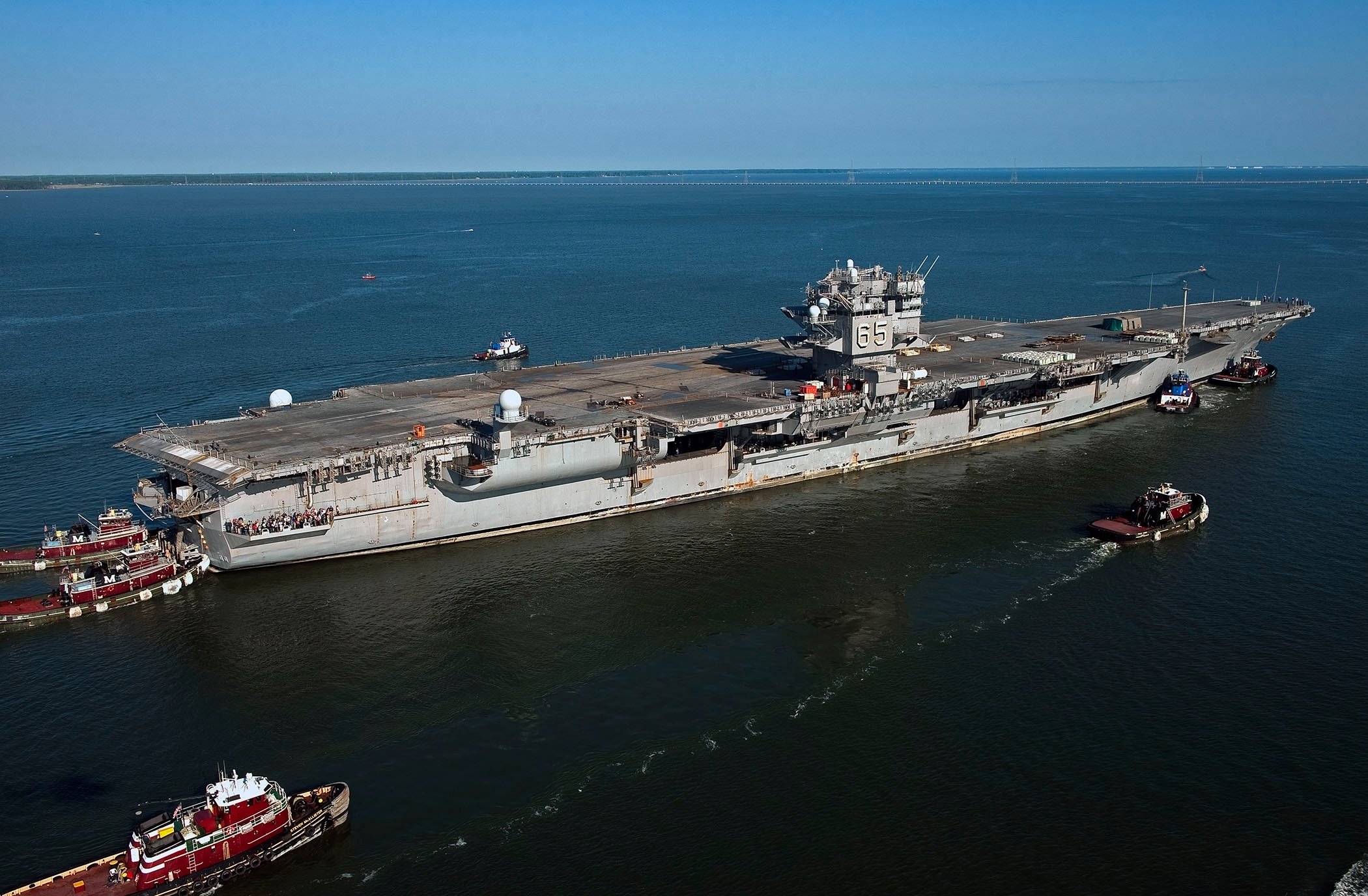 The Navy is looking to contract with a commercial dismantlement facility to dispose of the service’s first nuclear-powered aircraft carrier due to a heavy workload at the service’s yard Puget Sound.

Former USS Enterprise (CVN-65) was deactivated in 2012 and decommissioned in 2017. It is currently stored at HII Newport News Shipbuilding. According to a National Environmental Act Policy draft report, any shipyard would not start dismantlement until 2025.

The Navy listed several options for the dismantlement of the aircraft carrier but recommended one that allowed for a commercial yard to perform the work, according to the draft plan, first reported by The Kitsap Sun. That option would cost $554 million to $696 million and take five years, compared to the other two alternatives that would last 15 years and cost $1.102 billion to $1.358 billion, according to the draft report.

The sea service also considered a no action alternative, which would see the Navy store Enterprise long-term. 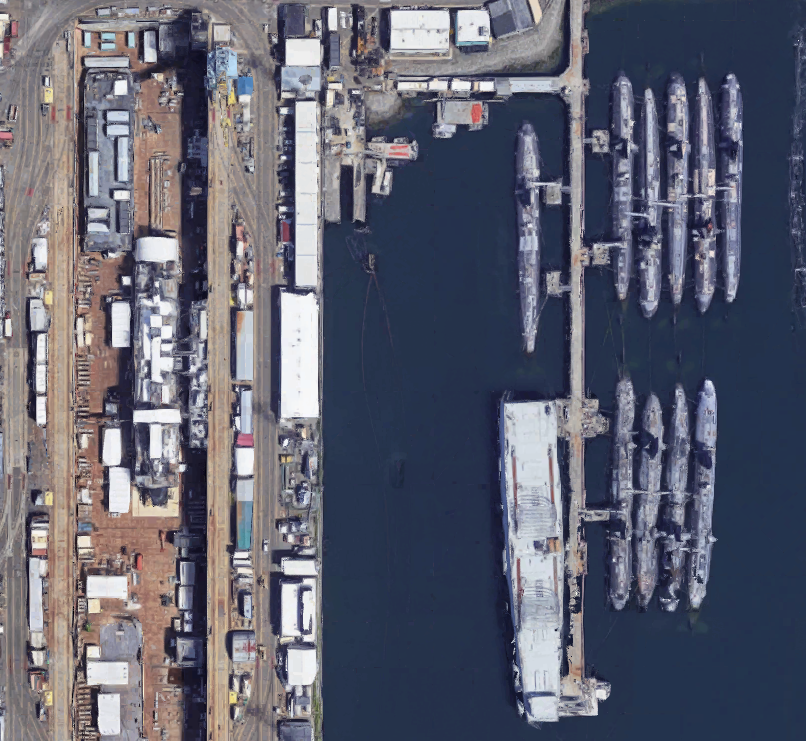 In justifying the option to do commercial dismantlement, as opposed to a combined effort between a commercial facility and the Navy, the sea service wrote that the Puget Sound Naval Shipyard and Intermediate Maintenance Facility has a growing workload due to a “higher fleet operational tempo and capacity shortages across all of the Navy public shipyards,” according to the draft. It has already exceeded its capacity between current and expected projects.

By using a commercial shipyard, the Navy can focus Puget Sound’s work on active fleet maintenance, according to the draft.

“The workforce of the public shipyards of the Navy has been under tremendous pressure to execute their primary mission of maintaining the operational fleet,” according to the draft. “Commercial dismantlement of ex-Enterprise would allow the Navy to keep the specially trained and qualified PSNS & IMF workforce focused on high-priority fleet maintenance work and submarine inactivations that are already part of PSNS & IMF workload.”

The 428-page draft looks at the environmental effects of dismantling Enterprise, which was built with eight nuclear reactors. The ship has already been defueled, with the fuel kept at Department of Energy Idaho National Laboratory property.

A shipbreaking company is not named in the draft, and it’s possible the Navy chooses to send the ship to Hampton Roads, which is closer to its current resting place.

Whichever shipbreaking facility wins the Navy contract will disassemble the eight defueled reactors and package them into several hundred small containers, according to the draft.

The low-level radioactive waste will then go to one of the three facilities to be recycled or disposed of in accordance to all applicable laws. The three facilities under consideration are Waste Control Specialists, LLC.,, in Andrews, Texas, EnergySolutions in Clive, Utah, or the Department of Energy’s Savannah River Site in Aiken, S.C.

If the Navy were to use Puget Sound to dismantle Enterprise, it would not be able to start until at least 2030, according to the draft.

No decisions have been made and public comment on the draft will be accepted until Oct. 3. There will also be two public hearings in September, one on Sept. 20 and one on Sept. 22.