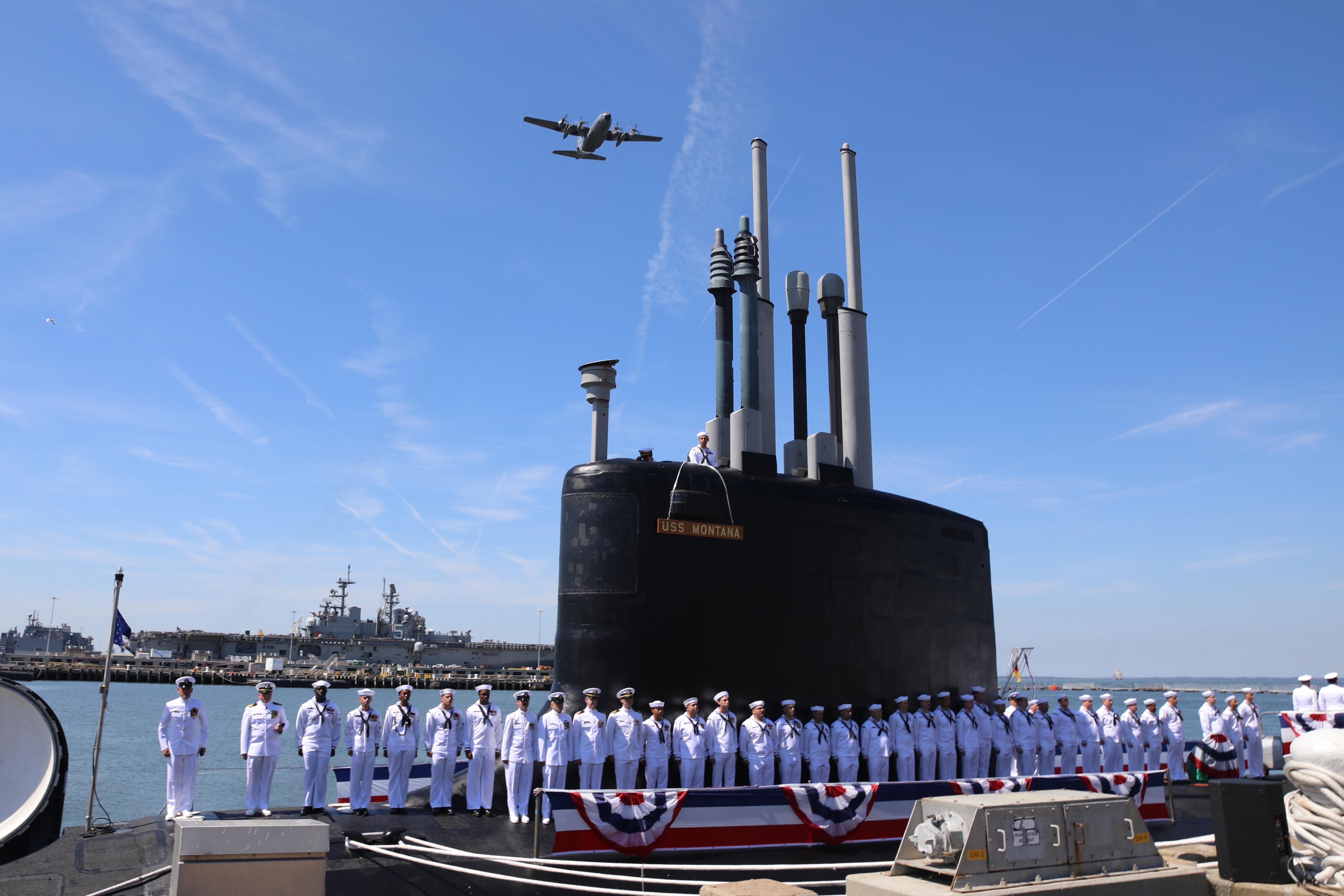 Sailors attached to the Virginia-class fast attack submarine USS Montana (SSN-794) man the boat during a commissioning ceremony in Norfolk, Va., on June 25, 2022. US Navy Photo

A federal judge denied a plea deal for an Annapolis, Md., couple charged with attempting to sell submarine secrets to a foreign country.

Jonathan Toebbe faced between 12.5 and 17.5 years in prison as part of the deal, while Diana Toebbe faced three years.

However, on Tuesday, Judge Gina Groh, who presides over the U.S. District Court for Northern West Virginia, declined the plea agreement, saying the sentences were too lenient, according to The Washington Post.

A judge has the right to decline plea agreements and the sentences associated with them. In turn, both Toebbes have the right to withdraw their guilty pleas, which they did.

Both the defense attorneys for the Toebbes and the assistant U.S. attorney for the prosecution argued for the prison terms agreed to in the plea deals, The Washington Post reported.

Groh has raised issues with plea deals in the past, although she has honored ones where the sentences were lighter than she wanted, according to The Washington Post report.

“I find the sentencing options available to me to be strikingly deficient,” Groh said during the hearing, according to the article.

The judge said she had concerns about Jonathan Toebbe getting out of prison early due to good behavior and attempts to sell submarine secrets again.

Both Toebbes could face life imprisonment due to their charges now that the plea deal failed. A court trial has been set for January, although another plea deal is possible.

Jonathan Toebbe is a former Navy employee who served as a nuclear engineer with the Naval Nuclear Propulsion Program, USNI News previously reported.

From October 2020 until April 2021, Toebbe attempted to sell classified documents about the Virginia-class submarine to another country, which was not named in the court documents. The country in question is allegedly Brazil, according to reporting from The New York Times.

Toebbe made several dead drops, hiding flash drives in items such as a peanut butter sandwich and a gum package. His wife would stand watch while he left the flash drives.

The flash drives contained messages for how to pay Toebbe and how to access the restricted information once making the payment.

Toebbe had initially reached out to Brazil offering the submarine secrets. Brazil alerted the U.S. about the proposal. The FBI then set up a sting operation in order to watch Toebbe make the drops and see what information he possessed.

As part of the plea, Toebbe was supposed to help the FBI recover the $100,000 in cryptocurrency paid to him in order to access his classified information. He was also supposed to allow the government to search all of his electronic devices and accounts while helping the FBI find the documents he stole.

It is unclear if the FBI has recovered any of the documents or the money.