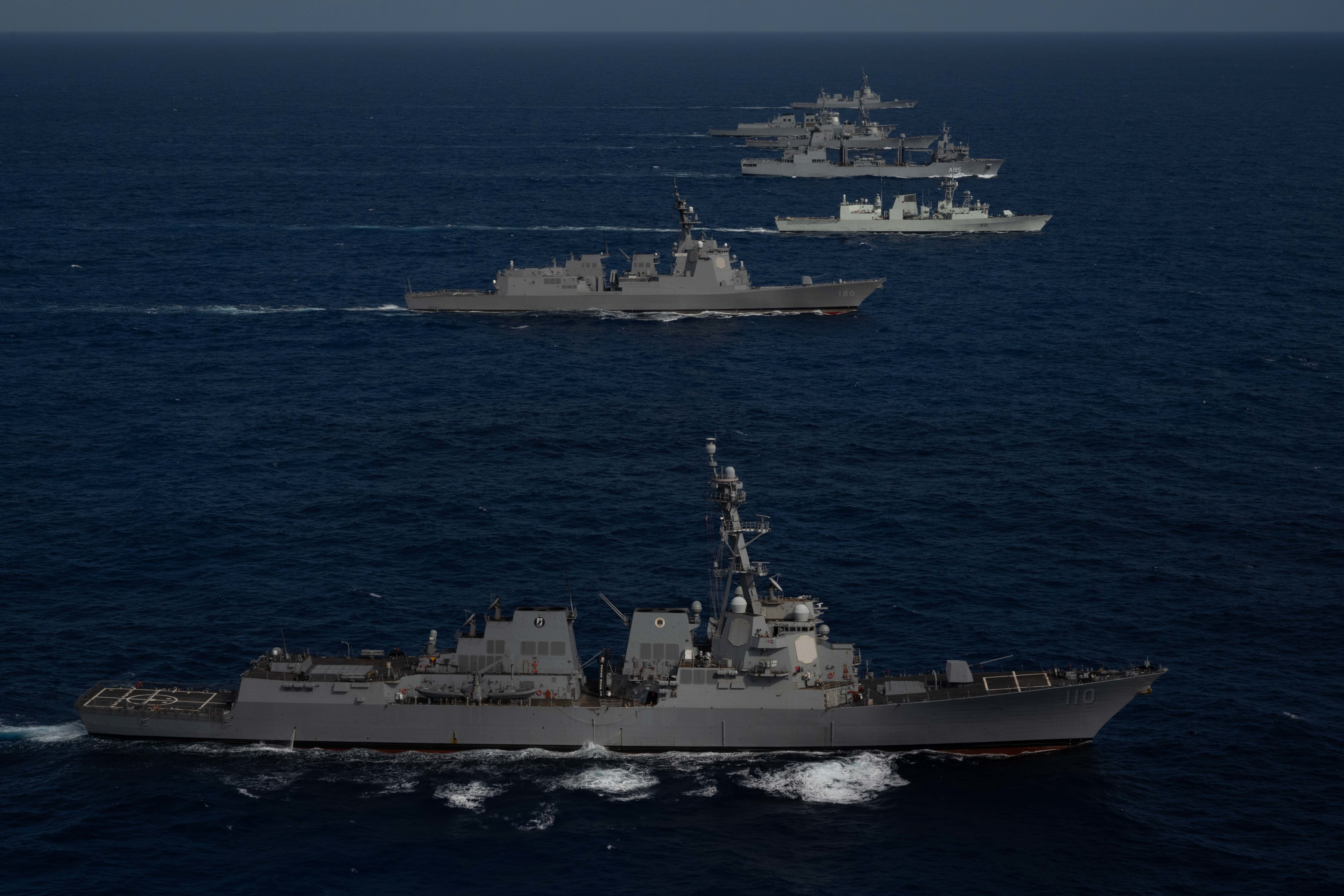 Naval forces for the United States, Japan, the Republic of Korea, Australia and Canada wrapped up the Pacific Dragon 2022 exercise on Monday.

The biennial multinational air and missile defense drills began on Aug. 5 in Hawaii at the Pacific Missile Range Facility Barking Sands (PMRF) and off the coast of Kauai.

This was the first time Australia and Canada took part in the exercises, as previous iterations only included the U.S., Japan and the Republic of Korea.

“PD22 was the first iteration of exercise Pacific Dragon that included a live fire intercept of a short range ballistic missile using a Standard Missile 3 (SM-3) Block IA,” according to a Monday news release from U.S. Pacific Fleet.

Supply, Vancouver, Sejong the Great, Fitzgerald and William P. Lawrence all participated in the Rim of the Pacific Exercise 2022, which concluded on Aug. 4, with the remaining ships deploying to Hawaii for Pacific Dragon.

Vancouver deployed with frigate HCMS Winnipeg (FFH338) for RIMPAC. Winnipeg is now heading to the Indo-Pacific to conduct Operation Projection, where the Canadian Armed Forces conduct port visits and training, exercises and engagements with foreign navies and other international security partners in the region. 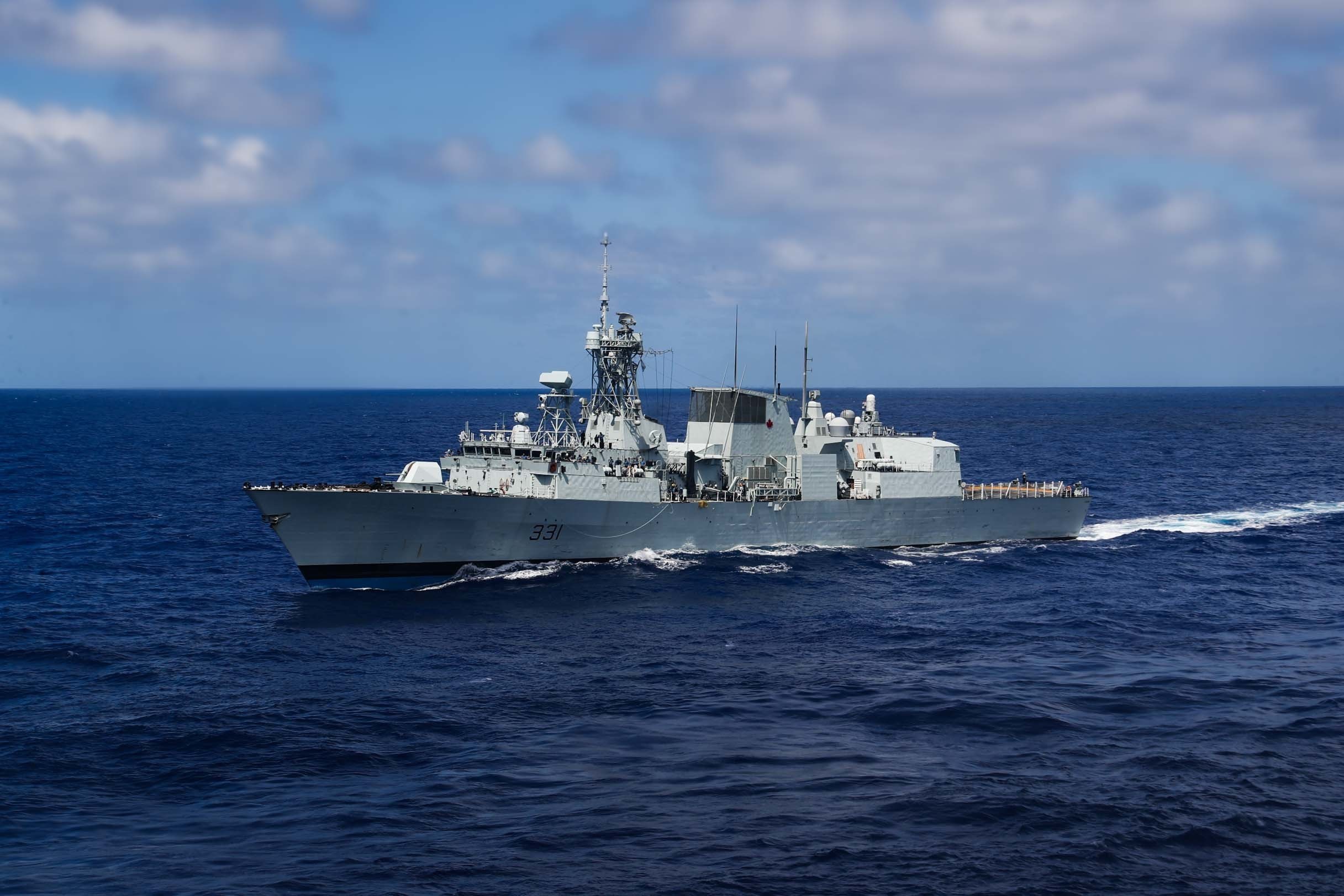 Meanwhile, from Aug. 8-14, Japan, the U.S. and the Republic of Korea carried out a datalink sharing training for missile warning and ballistic missile detection and tracking concurrently with Pacific Dragon, Japanese Defense Minister Yasukazu Hamada said in a Tuesday press conference. Hamada said the Japan-U.S.-ROK agreed to conduct this training during the June 11 Defense Ministerial Meeting in Singapore.

The Ministry of Defense and the Japanese Self-Defense Force wants to continue deepening the trilateral cooperation, Hamada said. The U.S., Japan, and South Korea “shared tactical data link information in accordance with a trilateral information sharing agreement,” according to a Monday news release from the Pentagon.

Referencing a phone call today with U.S. Defense Secretary Lloyd Austin, Hamada said they both strongly condemned China’s ballistic missile launch that took place earlier this month and that the U.S. and Japan would work on close and seamless cooperation to respond to any situation in the region. In light of the current situation in North Korea, Hamada said he and Austin both emphasized the importance of Japan-U.S.-ROK defense cooperation.

The two defense chiefs also agreed to coordinate their strategies and that both countries will also continue to cooperate closely for the steady progress of the U.S. effort to realign its forces in the region. “Going forward, I would like to work with Secretary Austin to strengthen the deterrence and response capabilities of the Japan-U.S. Alliance, and to maintain and strengthen a free and open Indo-Pacific,” Hamada said.

15 AUG, JS KIRISAME(#IPD22)🇯🇵 conducted our first goodwill exercise with @FijiNavy RFNS KIKAU🇫🇯, and called at Suva to deepen mutual understanding, its flexibility & mobility in order to realize a #FOIP, and contribute to support stability in the Indo-Pacific region.#Fiji pic.twitter.com/pvipG7wYvh

The RFMF thanks The Royal Navy of the United Kingdom for their continuous support to the @FijiNavy. HMS Spey visits for the 2nd time. They assist the Fiji Navy in patrolling of our EEZ in monitoring IUU and other related issues. @ukinfiji pic.twitter.com/wL5AiiE7QO

IIU fishing has been a major problem for the small Pacific Islands, which lack naval and maritime enforcement patrol assets. Several Western nations are assisting them by deploying their own assets to the area.

The U.S Coast Guard is now participating with partners to support the Pacific Islands Forum Fisheries Agency-led (FFA) Operation Island Chief and the larger Operation Blue Pacific through patrols in the Western Pacific in August and September, according to a Monday news release from U.S. Indo-Pacific Command.

“The operation covers a substantial area of the Pacific on the high seas and the exclusive economic zones of the Federated States of Micronesia, Papua New Guinea, Australia, and the Solomon Islands, while renewing relationships bolstered by local knowledge and expertise,” the news release reads.

“During the patrol, the cutter will also have aerial support from a forward deployed HC-130 Hercules airplane crew from U.S. Coast Guard Air Station Barbers Point and New Zealand Defence Force P3 Orion airplane crew,” according to the release.