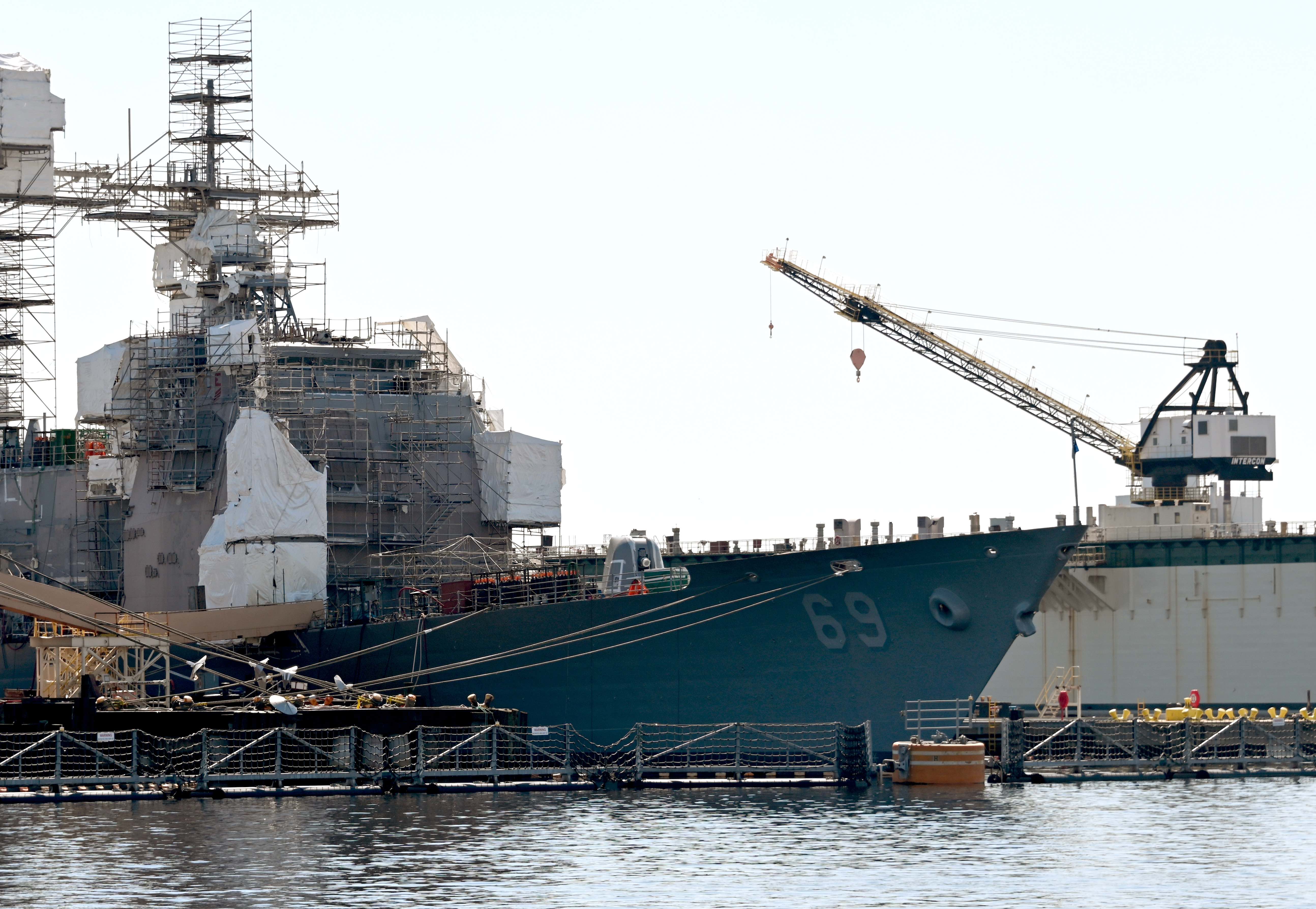 The Navy wants to shed 39 ships in Fiscal Year 2023, with the first ship set to depart on Halloween.

The list, which includes five guided-missile cruisers and nine Littoral Combat Ships, was released Friday as an administrative message. However, the composition of the final list is far from a done deal. Included on the inactivation list are several ships that could be saved from decommissioning by provisions in the House and Senate versions of the National Defense Authorization Act, as well as the House version of the Appropriations Bill.

Gunston Hall is one of the four dock landing ships included on the inactivation schedule. The Senate Armed Services Committee’s version of the NDAA forbids the Navy from decommissioning any of the four Whidbey Island-class ships — Gunston Hall, USS Germantown (LSD-42), USS Tortuga (LSD-46) and USS Ashland (LSD-48). While the committee passed its version of the bill, it has not yet been voted on by the full Senate.

Tortuga is currently being modernized to extend its life in the fleet, USNI News reported.

Of the 39 ships included on the Navy’s list, the House or Senate has provisions to save 16 of them. The final list of what ships will be saved will be worked out once the two chambers conference the NDAA.

The Senate Armed Services Committee version of the NDAA prevents the decommissioning of 13 ships, including the four landing dock ships.

The SASC version would also stop the Navy from decommissioning five of the nine littoral combat ships on the list, while the House Appropriations Committee would prevent four from being decommissioned.

An amendment to the House’s version of the NDAA, submitted by Rep. Rob Wittman (R-Va.), prohibits the disposal of littoral combat ships unless sold to an ally’s military. The Navy would place all LCS out of commission and in reserve status upon decommissioning, according to the NAVADMIN.

The House Armed Service Committee also included provisions in its version of the NDAA that would prevent the dock landing ships from being decommissioned as well as limits the sea service to four cruiser decommissions. There are currently five on the list.

The both armed services committees had provisions in their NDAA versions that prevents the Navy from inactivating USS Vicksburg (CG-69). The ship, which is almost finished a $200 million modernization effort, would be decommissioned on June 30, according to the Navy’s plan.

The modernization repairs currently being completed on Vicksburg could keep the ship in the fleet until 2030, USNI News previously reported. Work has been ongoing since 2020.

The following is the complete list of ships the Navy is set to decommission in Fiscal Year 2023.