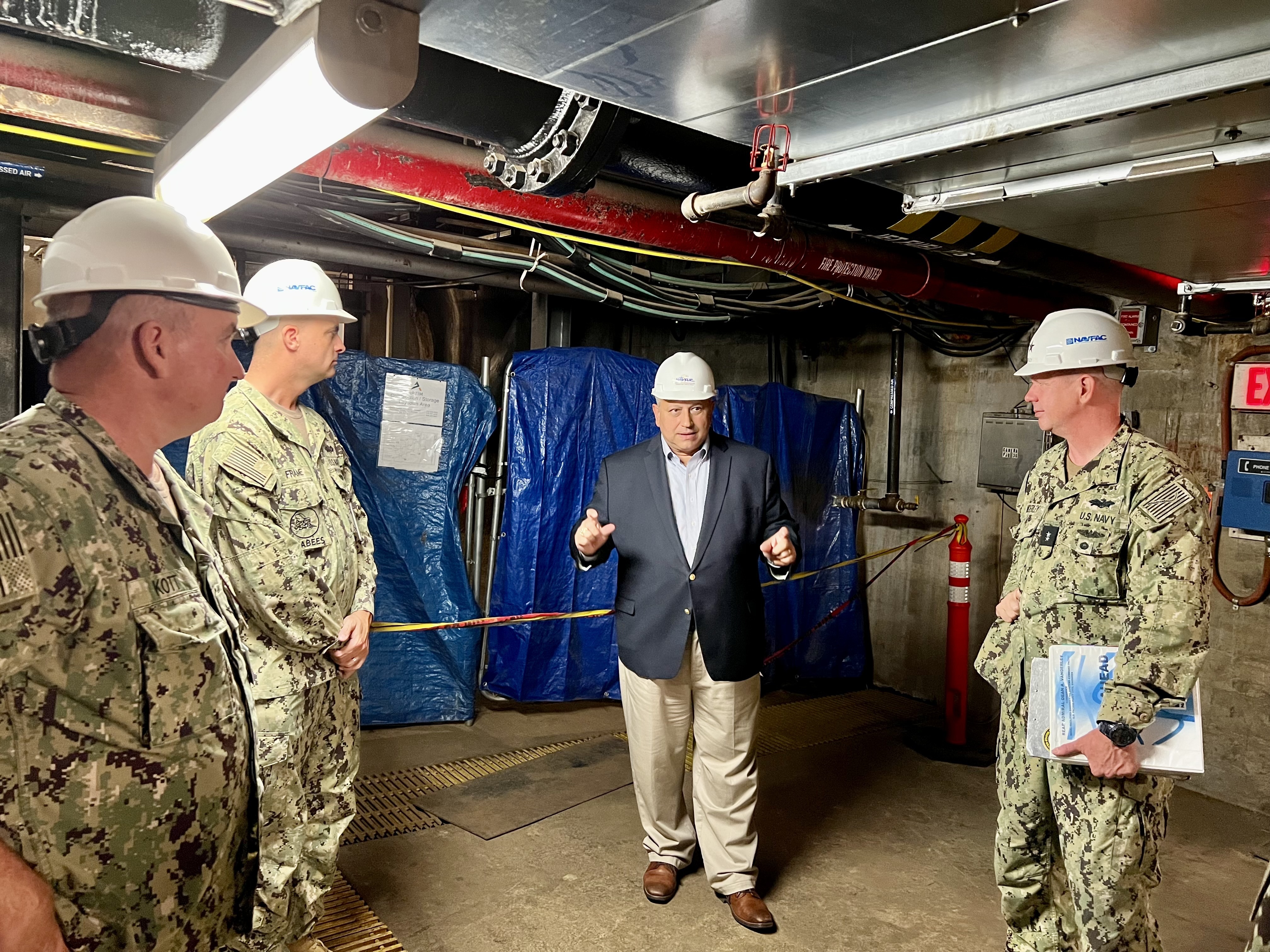 Secretary of the Navy Carlos Del Toro is shown some of the items highlighted in the third-party assessment of the Red Hill Bulk Fuel Storage Facility in Hawaii on June 13, 2022. U.S. Navy Photo

The Navy plans to put $14.9 million toward helping the Pearl Harbor Aquifer, the most recent effort in the sea service’s steps to regain the trust of the Hawaiian people after a leak at the Red Hill Fuel Facility polluted drinking water.

The service will put the $14.9 million toward the Department of Defense Readiness and Environmental Protection Integration Program Challenge funding, as per an agreement between the Navy and Hawaii, according to a Thursday Navy news release.

“These native forests protect the source of drinking water for JBPHH and the surrounding local community, provide a buffer from major storm events that cause erosion and flooding, and subsequently minimize impacts to mission operations,” according to the release.

The Office of Naval Research also provided the University of Hawaii with a grant for hydrology research, according to the release.

The grant is part of a March memorandum of understanding between the university and the Navy to work together on water and energy resilience.

“The Navy sees itself as part of the community, and with that role comes a responsibility to protect and preserve the land, water, and other natural resources which Hawaii’s people have honored and depended upon,” Assistant Secretary of the Navy for energy, installations and environment Meredith Berger said in the release. “Oahu’s water sources provide potable water across the island, and we expect these water quality improvements will benefit every resident of Oahu.”

The announcement of the funding comes just over a month after the Navy released its Red Hill report, first leaked by the Hawaii Department of Health. In the report, the Navy said the fuel leak, which led to the contamination of drinking water, was the result of human error.

Hawaii’s Department of Health rejected the defueling plan in late July, saying it was not specific enough, according to Hawaii News Now. The Navy has until September to submit another plan.

The Navy at the time also released its plan to defuel the facility no earlier than December 2024 in July, USNI News reported. The Navy has not yet said to which facilities it will send the fuel.

Another 30 million gallons of aviation jet fuel will go to the West Coast.

The Navy is currently in its second phase of the defueling plan, which includes identifying the necessary actions for defueling. That is supposed to wrap up this month.

The third phase has a start date of September 2022 and is expected to last until January 2024.

During this phase, the Navy will hire contractors to complete work at Red Hill and make infrastructure repairs required for defueling.