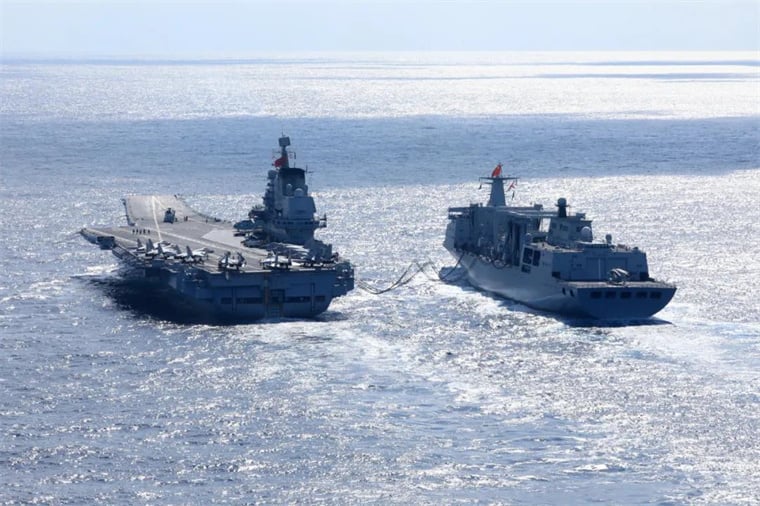 Speaking at his regular press conference at the Ministry of Defense, Kishi said the security environment around Japan is becoming severe at an unprecedented speed, as Japan released its annual defense white paper the same day, highlighting the threats posed to Japan by Russia, China and North Korea, while Chinese and Russian ships continue to operate around Japan this week.

With the military balance increasingly in China’s favor, Kishi said China’s ability to exert pressure on Taiwan is further strengthened, though this in turn has led the international community to support Taiwan and strengthened along efforts to ensure peace and stability in the Taiwan Strait. He also said China has expressed its willingness to use force to unify Taiwan with the mainland.

Since the situation around Japan is quickly becoming serious, Kishi said the Defense Ministry is hoping to secure the necessary budget to allow it to strengthen Japan’s defense capabilities to cope with the situation, adding that the exact increase to the defense budget was under discussion.

In his statement on the white paper’s release, Kishi said the international community is facing its greatest trial since World War II with Russia’s invasion of Ukraine and that Russia’s invasion shook the foundation of the international order. China, he said, continues to unilaterally change or attempt to change the status quo by coercion in the East China Sea and South China Sea and that its ties with Russia have deepened in recent years, with the two countries conducting joint navigations and flights in the areas surrounding Japan. Meanwhile, North Korea has repeatedly carried out ballistic missile launches well into 2022 and defended Russia’s invasion of Ukraine.

The white paper echoed similar sentiments while also noting the impact of science and technological developments on security, the increasing importance of space, cyberspace, and electromagnetic domains, along with the need for the international community to respond to climate change. The white paper also stressed the need to develop Japan’s defense capabilities while at the same time increasing its cooperation and partnerships with other nations and further strengthening the Japan-United States alliance.

Chinese and Russian ships continue to operate around Japan, though at a lower frequency in contrast to previous weeks. On Thursday, the Japanese Defense Ministry said in a news release that a People’s Liberation Army Navy (PLAN) Shupang-class hydrographic survey ship was sighted on Wednesday at 6:50 p.m. local time sailing northwards in the contiguous zone south of Yakushima Island, part of the Osumi Island group that lies south of Kyushu. At 8 p.m. the ship entered Japanese territorial waters and continued sailing in the waters until it reached the vicinity of Kuchinoerabu Island at 11:30 p.m. the same day. The ship then departed Japan’s territorial waters, sailing in a westward direction. 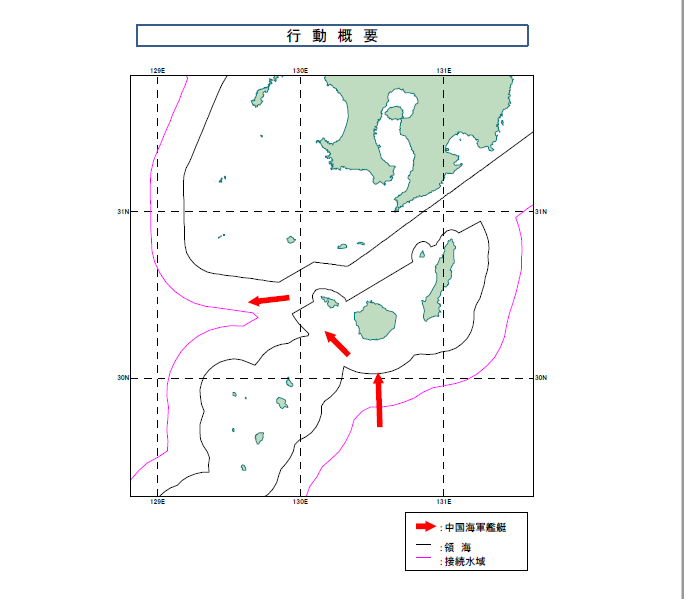 The defense ministry did not include the hull number nor did it provide an image of the PLAN ship. In his Friday press conference, Kishi said this was the sixth time a PLAN ship had sailed in Japan’s territorial waters, with the last sail happening in April of this year. The Japan Maritime Self-Defense Force (JMSDF) had monitored the PLAN ship and Japan lodged a protest via diplomatic channels, Kishi said. He added that military activities in the sea and airspace around Japan from the Chinese Navy and the People’s Liberation Army Air Force have expanded and become more active in recent years. JMSDF replenishment ship JS Mashu (AOE-425) and a JMSDF P-1 Maritime Patrol Aircraft of Fleet Air Wing 1 based at JMSDF Kanoya Air Base monitored the PLAN ship, the MOD release said.

The Joint Staff Office (JSO) of the Ministry of Defense also issued two other news releases on Thursday, with the first stating that on Wednesday at 6 p.m., a Russian Navy corvette was sighted sailing northeast in an area 40 kilomometers northwest of Rebun Island, which lies 50 kilomters off Hokkaido. An image and hull number provided in the release identified the ship as corvette RFS Gremyashchiy (337). The Russian ship subsequently sailed through La Pérouse Strait into the Sea of Okhotsk while fast attack craft JS Kumataka (PG-827) monitored, the release said. 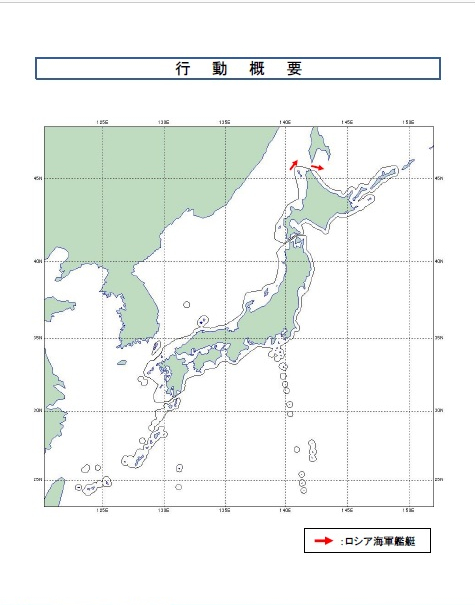 Meanwhile at around midnight on Thursday, a PLAN Dongdiao-class surveillance ship carrying hull number 795 was sighted traveling south in an area 160 kilomters northwest of Uotsuri Island, part of the Senkaku Islands, according to the second release from the Japanese MOD. Dongdiao 795 subsequently sailed south in the area between Yonaguni Island and Taiwan into the Philippine Sea. Japanese destroyer JS Yudachi (DD-103), replenishment ship JS Oumi (AOE-426) and a JMSDF P-3C MPA of Fleet Air Wing 5 stationed at Naha Air Base, Okinawa monitored the PLAN ship. 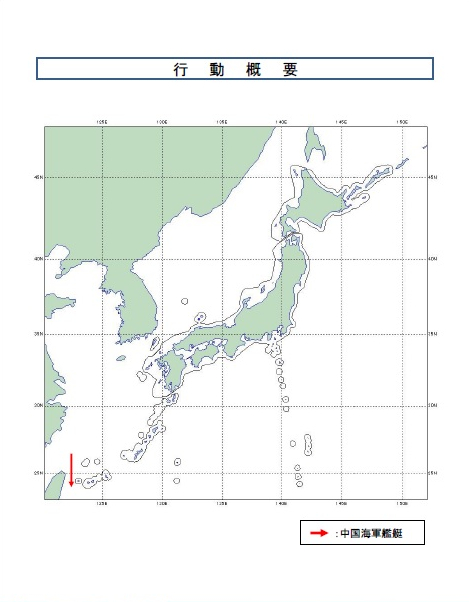 On Friday, U.S. aircraft carrier USS Ronald Reagan (CVN-76) and cruiser USS Antietam (CG-54) pulled into Singapore for a port visit, with Ronald Reagan docking at Changi Naval Base and welcomed there by Secretary of the Navy Carlos Del Toro. Antietam docked at Sembawang Naval Base.

Del Toro is in Singapore on an introductory trip from Thursday through Saturday, according to a Singapore Ministry of Defense news release.

“Secretary Del Toro’s visit underscores the strong partnership between the Republic of Singapore Navy (RSN) and the US Navy (USN). Both navies interact regularly through bilateral and multilateral exercises, professional exchanges, and cross-attendance of courses,” the news release reads.

Meanwhile, in Indonesia submarine tender USS Frank Cable (AS-40) arrived in Jakarta on Thursday for a port visit.

Sailors and civil service mariners on the USS Frank Cable (AS 40) prepare to arrive in Jakarta, Indonesia. The ship is currently on patrol in support of a free Indo-Pacific in the @US7thFleet area of operations. #FreeAndOpenIndoPacific @USNavy
📸MC3 Wendy Arauz pic.twitter.com/ZWCsJG3QpW