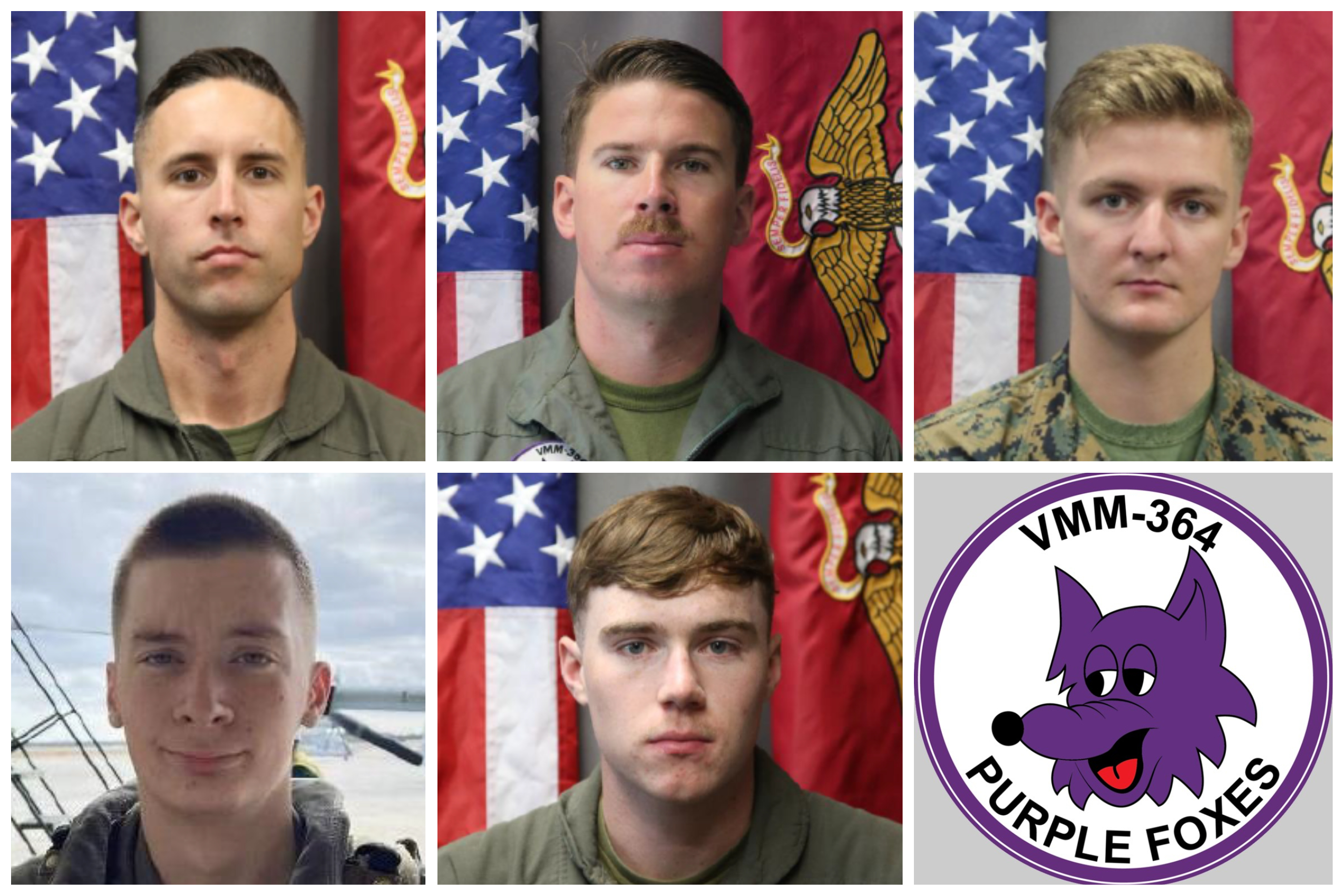 The five Marines who were killed when their MV-22B Osprey tiltrotor aircraft went down Wednesday in a Southern California desert were members of the “Purple Foxes” of Marine Medium Tiltrotor Squadron 364 based at Camp Pendleton, Calif., service officials announced late Friday.

“It is with heavy hearts that we mourn the loss of five Marines from the Purple Fox family” said Lt. Col. John C. Miller, VMM-364’s commander. “This is an extremely difficult time for VMM-364 and it is hard to express the impact that this loss has had on our squadron and its families.

“Our primary mission now is taking care of the family members of our fallen Marines and we respectfully request privacy for their families as they navigate this difficult time. We appreciate all the prayers and support from the strong extended Purple Fox family and want them to know that more information will be forthcoming on how to help.”

The crash is under investigation. Wing officials said the the MV-22B Osprey and crew, whose squadron is part of Marine Aircraft Group 39 at Camp Pendleton, were conducting routine flight training at the time when the tiltrotor crashed into the desert near Glamis about 12:25 p.m. June 8.