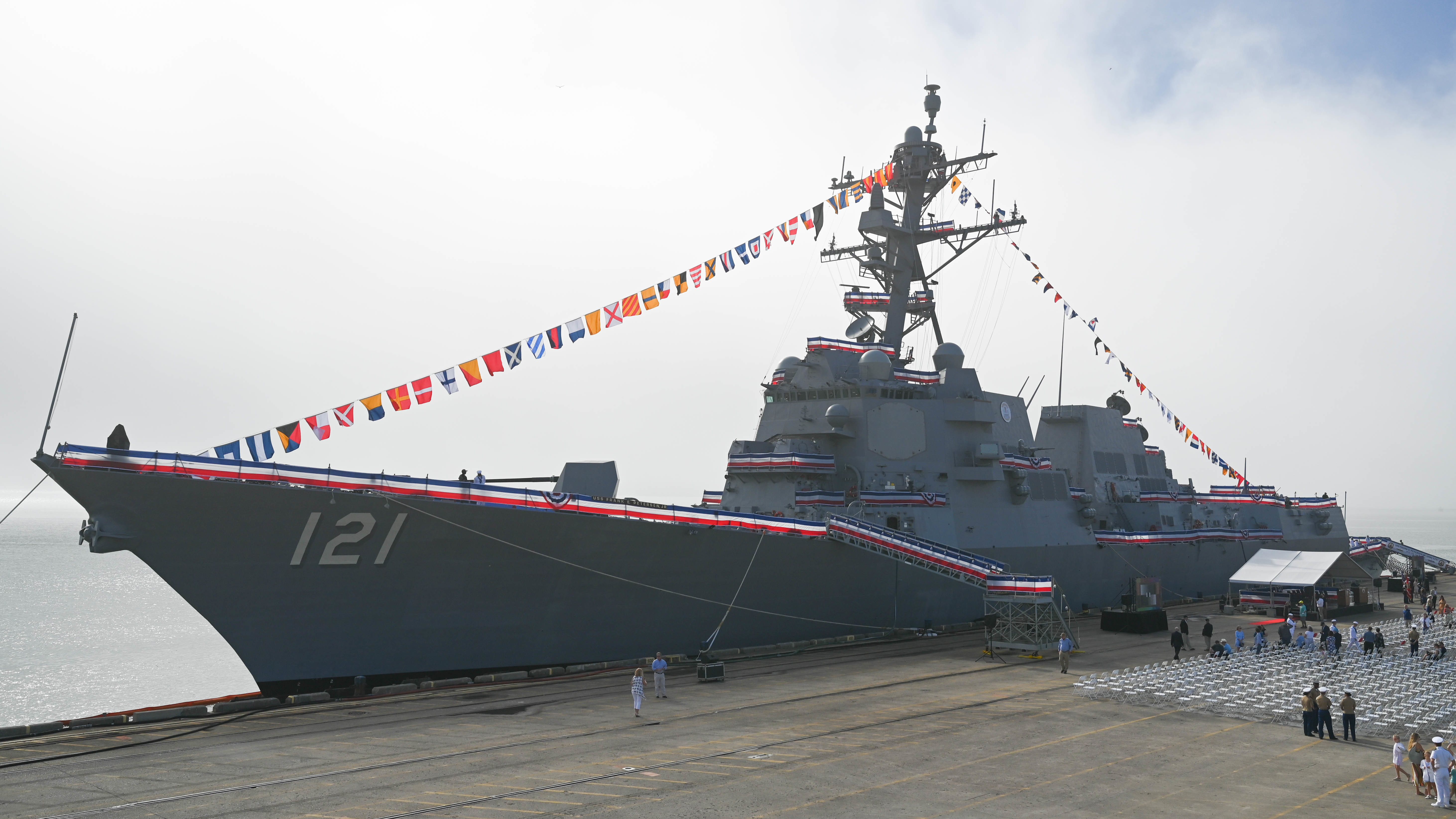 USS Frank E. Petersen Jr. (DDG-121), which is named in honor of Lt. Gen. Frank Petersen, the first Black Marine aviator and three-star general, will be based at Joint Base Pearl Harbor-Hickam.

The nearly 9,500-ton ship was commissioned in front of an audience that included both Navy Secretary Carlos Del Toro and Chief of Naval Operations Adm. Mike Gilday.

“It’s fitting that a name synonymous with service and sacrifice be emblazoned on the steel of this American warship,” Gilday said at the ceremony, according to a Navy news release. “Sailors aboard this mighty warship will deploy wherever, whenever needed, with General Petersen’s fighting spirit and tenacity, for generations to come.”

Frank E. Petersen Jr. left Ingalls Shipbuilding in April to head to Charleston for the commissioning. It is the 33rd destroyer Ingalls built for the Navy. The shipbuilder is currently contracted to build five more as well, according to an HII news release.

The ship was sponsored by D’Arcy Neller, wife of Gen. Robert Neller, the former commandant of the Marine Corps, and Alicia Petersen, the wife of Frank Petersen.

Alicia Petersen died in September 2021 and was represented at the commissioning by her daughters, who gave the “Man our ship and bring her to life” order with Neller.

The crew of Frank E. Petersen Jr., led by Cmdr. Daniel Hancock, will give the ship its life, Neller said in her remarks.

“The namesake of this ship was a warrior,” she said, according to the news release. “He always went to the sound of the guns; he was always prepared and smart about the risks he took. You all need to be the same. Always be prepared. Work hard and when the time comes, you will be ready to go into the jaw of the tiger.”

Petersen served 38 years in the Marine Corps before retiring in 1988, according to the release. Among his accolades are the Defense Superior Service Medal, the Purple Heart, the Distinguished Flying Cross and the Meritorious Service Medal.