Overall Fleet material condition showed a positive trend for FY 2021, matching the 6-year average that reversed a steady negative trend seen over the previous three years. Surface ship and submarine inspections drove this trend. FY 2021 CVN inspections slightly exceeded the 6-year CVN average. MSC inspections continued on a positive trend, with a significant increase in the number of inspections. Overall, some functional areas and subsystems remain degraded or show declining trends, indicative of areas where material readiness is stressed. All FY 2021 Material Inspections were conducted with minimal notice (30 days) given to the crews of the vessels. This is a substantive change from previous years. See section 6 for details. 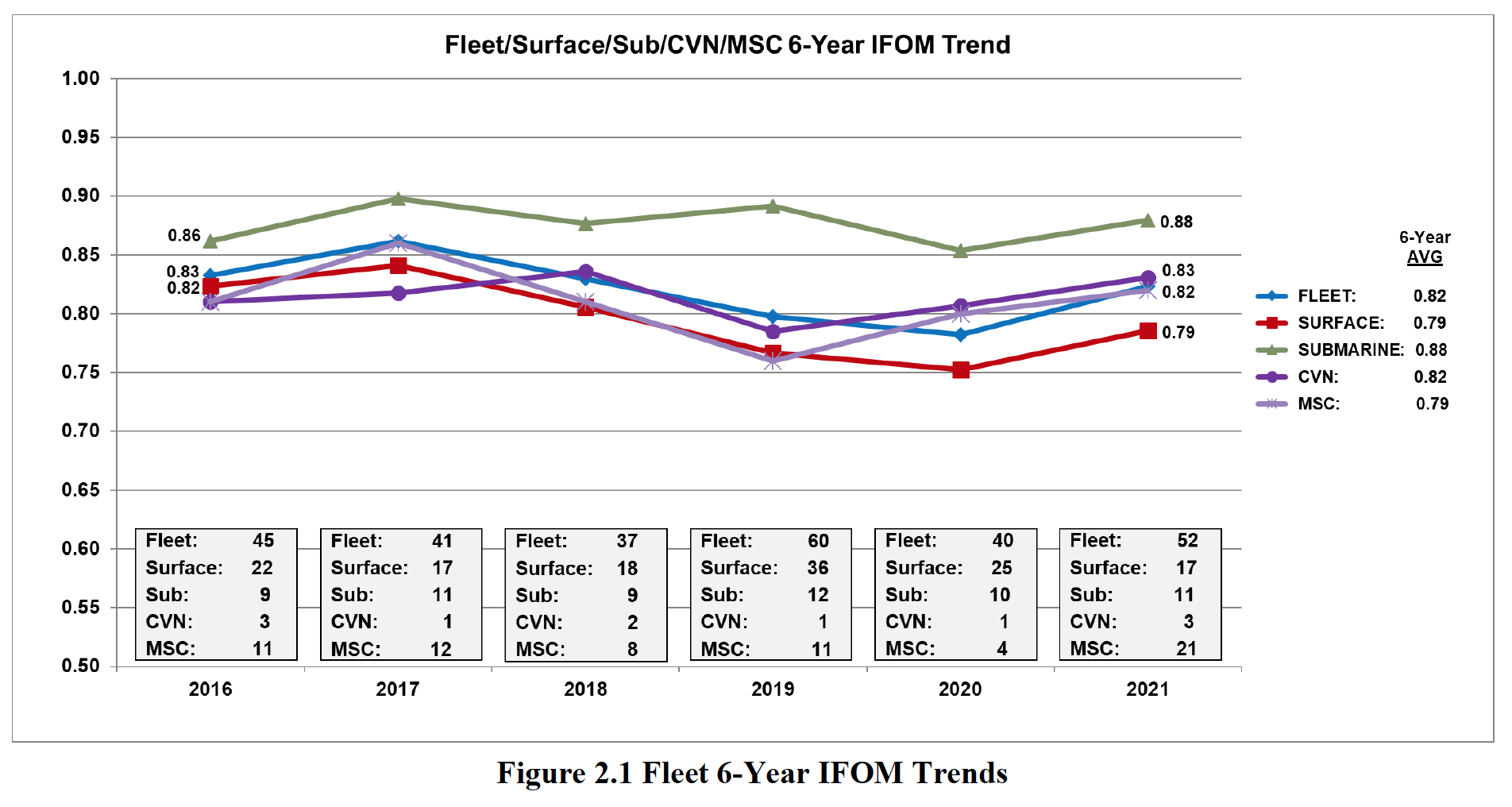