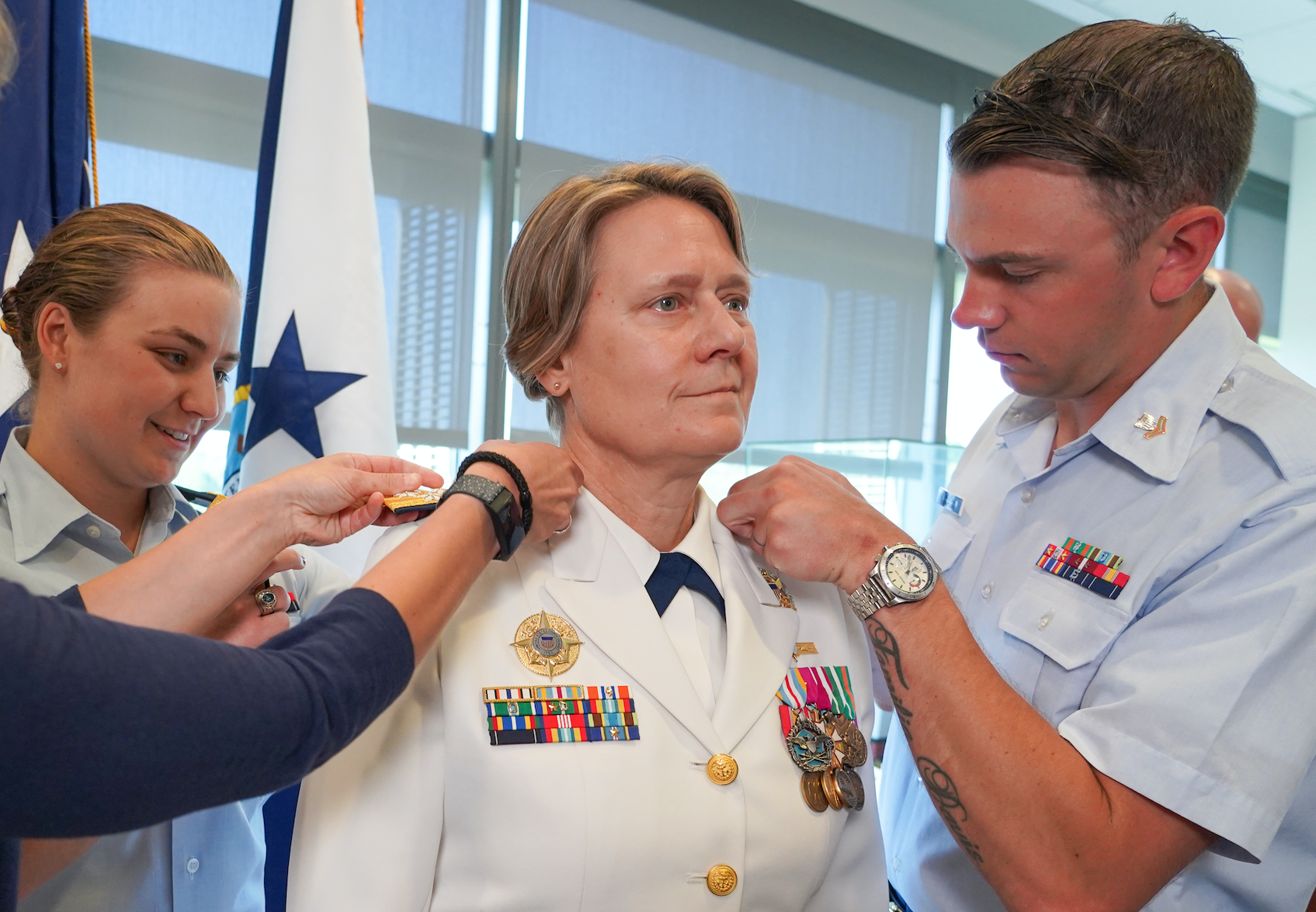 Vice Adm. Linda Fagan is promoted to the rank of admiral during a ceremony at Coast Guard Headquarters, June 18, 2021. US Coast Guard Photo

This post has been updated with a statement from Department of Homeland Security Secretary Alejandro Mayorkas.

Fagan has been the Coast Guard’s number two since June and was the first woman in the service to be promoted to four stars.

Prior to her current role, she led Coast Guard Pacific Area from June of 2018 to June 2021. She previously served as the deputy director of operations for headquarters at U.S. Northern Command and led First Coast Guard District, which is based in Boston, Ma. Fagan also previously served on USCGC Polar Star (WAGB-10). She spent 15 years as a Coast Guard marine inspector. Fagan is a 1985 graduate from the Coast Guard Academy.

“Adm. Fagan is a tremendous leader, trailblazer, and respected public servant who will lead the Coast Guard across its critical missions with honor. Over Adm. Fagan’s 36 years in the Coast Guard, she has served on seven continents, was previously commander of the Coast Guard Pacific Area, and is the officer with the longest service record in the marine safety field,” reads a Tuesday statement from the Department of Homeland Security Alejandro Mayorkas.
“Within the Coast Guard and across the Department of Homeland Security, Adm. Fagan is admired as a role model of the utmost integrity, and her historic nomination is sure to inspire the next generation of women who are considering careers in military service.”

Additionally, the White House nominated Vice Adm. Steven Poulin, the current commander of Coast Guard Atlantic Area, to serve as vice commandant. Poulin was formerly the Judge Advocate General and Chief Counsel of the Coast Guard and is a 1984 Coast Guard Academy graduate.

Current commandant Adm. Karl Schultz is set to retire in May.

Schultz is a native of East Hartford, Conn., and a 1983 Coast Guard Academy graduate. Prior to serving as commandant he was the commander of the Coast Guard’s Atlantic Area, where he oversaw the Coast Guard’s response to Hurricanes Irma, Maria and Harvey in 2017.