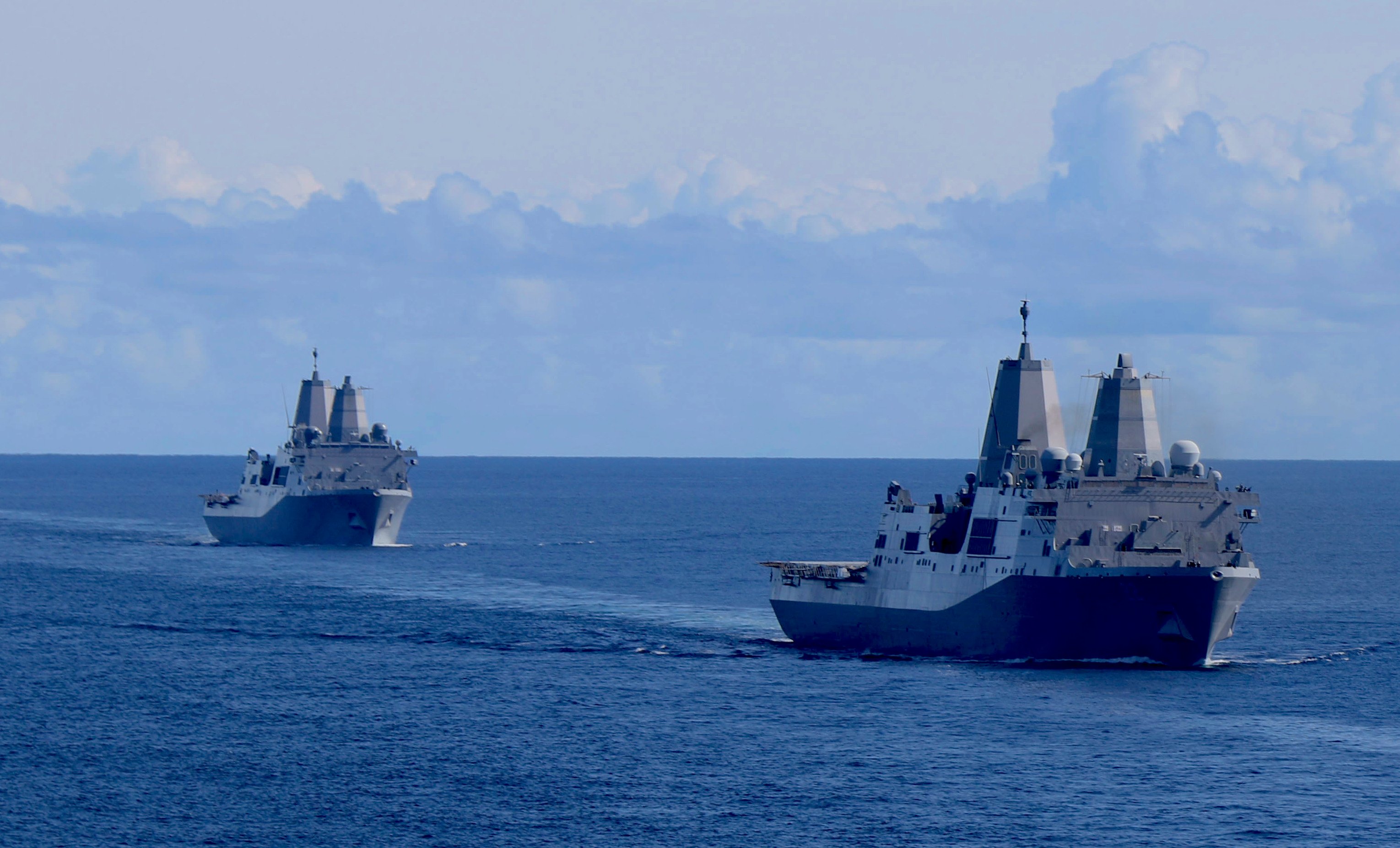 Speaking at the Sea Air Space 2022 symposium, both lawmakers said Congress should meet the Marine Corps’ top unfunded priority, which is $250 million in advanced procurement money for LPD-33.

“I think the LPD advanced procurement request – which came in from the Marine Corps – I think Gen. Berger and Gen. Heckl have made a really powerful argument to all of us … and I think that’s one of those items that’s going to change,” Courtney said, referring to Marine Corps Commandant Gen. David Berger and Deputy Commandant for Combat Development and Integration Lt. Gen. Karsten Heckl.

Last week, the Navy in its FY 2023 budget request proposed ending the LPD-17 Flight II line with LPD-32, but the Marine Corps put advanced procurement funding for LPD-33 at the top of its annual wish list to Congress. Funding for those ships comes out of the Navy’s shipbuilding account and the request shows a division between the Navy and Marine Corps over the future of the amphibious fleet.

Both Courtney and Wittman agreed that the Navy’s other amphibious warship request – LHA-9 – in the FY 2023 budget does not count because Congress already authorized and appropriated money for the amphibious assault ship. A senior congressional source told USNI News last week that the HASC would not count LHA-9 in the battleforce ship request, meaning the panel views the Navy’s proposal as seeking eight ships in FY 2023, not nine.

Wittman argued the Navy needs to buy both the larger amphibious ships like LPDs and the smaller Light Amphibious Warship the Marine Corps wants to shuttle Marines around islands and shorelines in the Western Pacific.

“I think we need to build both. You need LPD. You need to do advanced procurement on LPD-33, now .Get that done. Remember, the LAWs … [are] different than a large lift vessel. It is not an LPD. These are intra-theater connectors and what the Marines are going to need to move around,” Wittman said.

“Those are the connectors that we need for the future. We have things like Ship-to-Shore connectors now, [Expeditionary Fight Vehicles]. That’s not what these things are. These things do that intermediate element to where the large amphibious ships cannot operate, with a lot more effectiveness. And then when you deploy, you can now distribute your risk across the theater. You can create some uncertainty for your adversary. You can’t do that with just one or the other. You have to be able to use both.”

Courtney said Marine Corps leadership has made a “convincing case” for the LPD mission and voiced concern about how ending the LPD production line could affect the shipbuilding workforce and supply chain.

Asked about the Navy’s proposal to delay buying the Light Amphibious Warship, Wittman argued the ship is necessary for the Marine Corps to execute its mission in the Western Pacific. The Marines say they would use LAW to lands Marines ashore on islands in the region where they could then set up ad-hoc based, fire anti-ship missiles and create chaos for an adversary like the People’s Liberation Army Navy (PLAN).

“The delay in getting LAWs operational is going to create a challenge for the Marine Corps in order to be bale to operate in the distributed way that they envision in the Indo-Pacifc. And if they are going to have the ability to impose a level of uncertainty, a level of risk on the Chinese, they have to be able to operate differently,” Wittman said. “They have to be able to operate in a distributed manner. Our amphib ships – ships with well decks – are going to be incredibly important there, but you also have to have those intra-theater connectors. And it’s more than just an LCAC or a Ship-to-Shore Connector.”

“You have to be able to move things around – Marines and equipment. And when you do that, you can increase the uncertainty for the Chinese there because they’re not going to be quite sure what’s going with that Marine Corps unit, what they have in their hands and how they are going to impose risk and how you move that risk around,” he added.

Wittman argued for the Marine Corps’ vision of LAW as a less expensive ship and said the Navy can’t afford to add requirements and increase the cost of the vessel. The Marine Corps wants to buy the LAWs quickly for $150 million per hull.