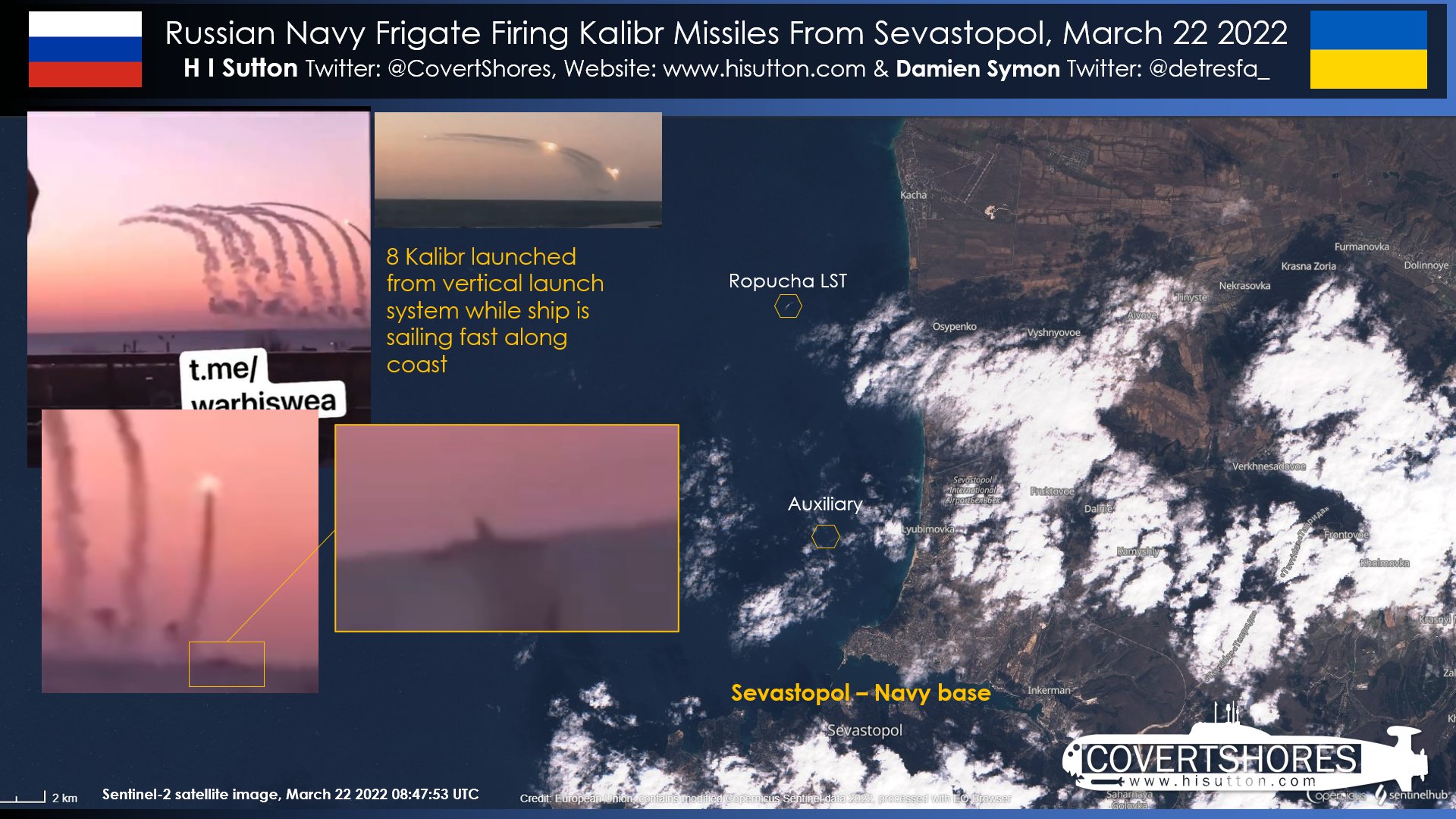 The Russian Navy fired eight long-range naval cruise missiles from a guided-missile warship near the Black Sea port of Sevastopol, according to multiple videos of the launch on several posts on social media.

Several posts on Instagram and Telegram show a video of eight missiles launching from a ship operating off the coast of Crimea that bear the same characteristics of a Kalibr NK SS-N-30 naval guided cruise missile, which launches vertically and then quickly pivots 90 degrees to travel parallel to the ground.

Clear video of a cruise missile barrage being launched by a Russian warship in the Black Sea pic.twitter.com/by5y9zGxKv

The Department of Defense was unable to confirm reports of the missile firings, Pentagon Press Secretary John Kirby said Tuesday. However, the DoD has seen increased naval activity in the Black Sea. USNI News could not independently verify the launch.

The video lined up with ship spotters who have tracked a modern frigate operating in the Black Sea between Crimea and just off the coast of Odesa. USNI News contributor H I Sutton has tracked an Admiral Grigorovich-class frigate operating between Crimea and Odesa. It is unclear if the eight Kalibr cruise missiles were fired toward Mariupol, but given the range of the weapons, they could hit any target within a thousand miles of the launch site.

At least two videos of the Russian ships firing the Kalibr munitions were posted to Twitter Monday afternoon.

There are also indications that ships in the Sea of Azov have contributed to the Russian bombardment of the Ukrainian port city of Mariupol, Kirby said, adding that he was unable to say what specific munitions were used. Moscow has continued to bombard Mariupol, which remains in Ukrainian control. The Pentagon said Monday that Russia aimed to capture the port city to create a land bridge to Crimea, which has been under Russian control since 2014.

Overall, the Russian Navy has been largely operating in a supporting role throughout the 27-day invasion and has not played a direct role in the conflict, aside from an early amphibious assault outside of Mariupol.

The increased naval activity comes as Pentagon assessments continue to highlight Russian frustration about the lack of progress.