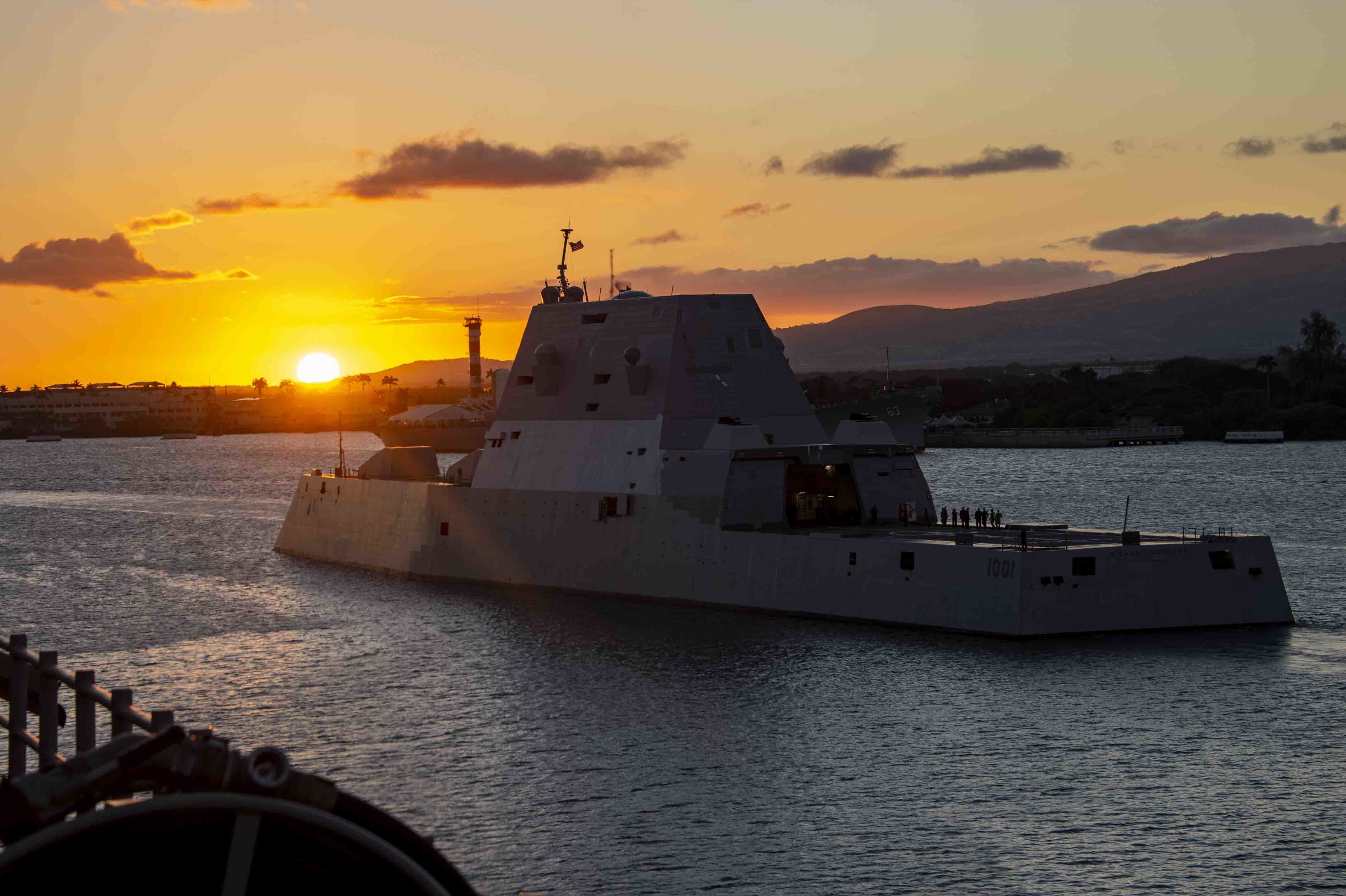 Following an earlier version of this post, the Navy provided USNI News an update on the Zumwalt-class that included the latest plan to install hypersonic weapons on the ship. The headline of this post has been updated. The latest story can be found here.

By 2025, the first 16,000-ton Zumwalt-class destroyer will have at least two sets of missile tubes inserted on the port and starboard sides of the ship without having to remove the guns mounts, he said.

The trio of guided-missile destroyers will be the first Navy platforms to field the Conventional Prompt Strike weapons as part of the Zumwalts refocus as a blue-water strike platform.

“Zumwalt gave us an opportunity to get [hypersonics] out faster and to be honest with you I need a solid mission for Zumwalt,” Gilday said.

The weapon is the Common Hypersonic Glide Body (C-HGB) developed for the Army, Air Force and the Navy.

“With respect to the weapon, we’re hand in glove with the Army so it’s going to be the same weapon,” Gilday said last week during the McAleese Conference.

The Army is set to field the C-HGB next year, ahead of the Zumwalts in 2025 and the Virginia-class Block V nuclear attack boats in 2028.

In 2017, the Navy decided to place an emphasis on turning the ships into a strike platform and leaving the guns aboard.

The hypersonic weapons on the ships will be fielded in a variant of the Multiple All-up-round Canisters (MAC) system. MAC tubes were for the Ohio-class nuclear guided-missile submarines

The MAC tubes on the four SSGNs put seven Tomahawk Land Attack Missiles (TLAM) in the same space of a Trident-II D5 nuclear ballistic missile. The Navy will put three of the larger C-HGBs larger in the same space, USNI News understands.

Zumwalt and Monsoor are stationed in San Diego as part of Surface Development Squadron One (SURFDEVRON).