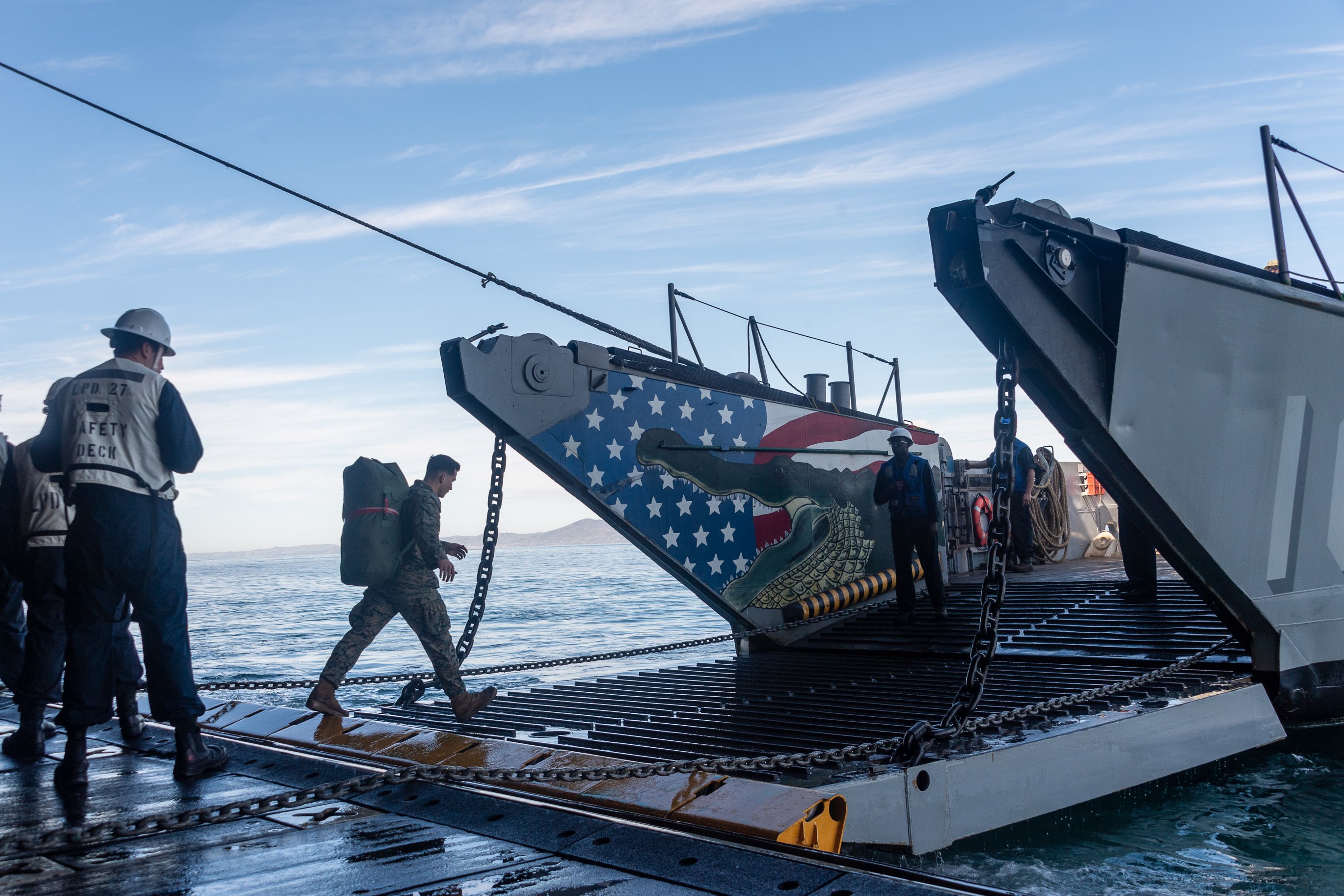 “Their integrated operations while at sea are a testament to the Navy-Marine Corps team’s ability to face any challenge to accomplish the mission,” Rear Adm. Wayne Baze, the Expeditionary Strike Group 3 commander in San Diego, said Friday in a U.S. 3rd Fleet announcement after welcoming the big-deck ship at its homeport along with amphibious transport dock USS Portland (LPD-27) and dock landing ship USS Pearl Harbor
(LSD-52).

“Our integration as a combined blue-green team was nothing short of exceptional, and I am thankful to have not only showcased our amphibious capabilities throughout three Navy fleets together but to have created and shared countless memories that will last a lifetime,” Capt. Karrey Sanders, commodore and PHIBRON 1 commander, said in the statement. 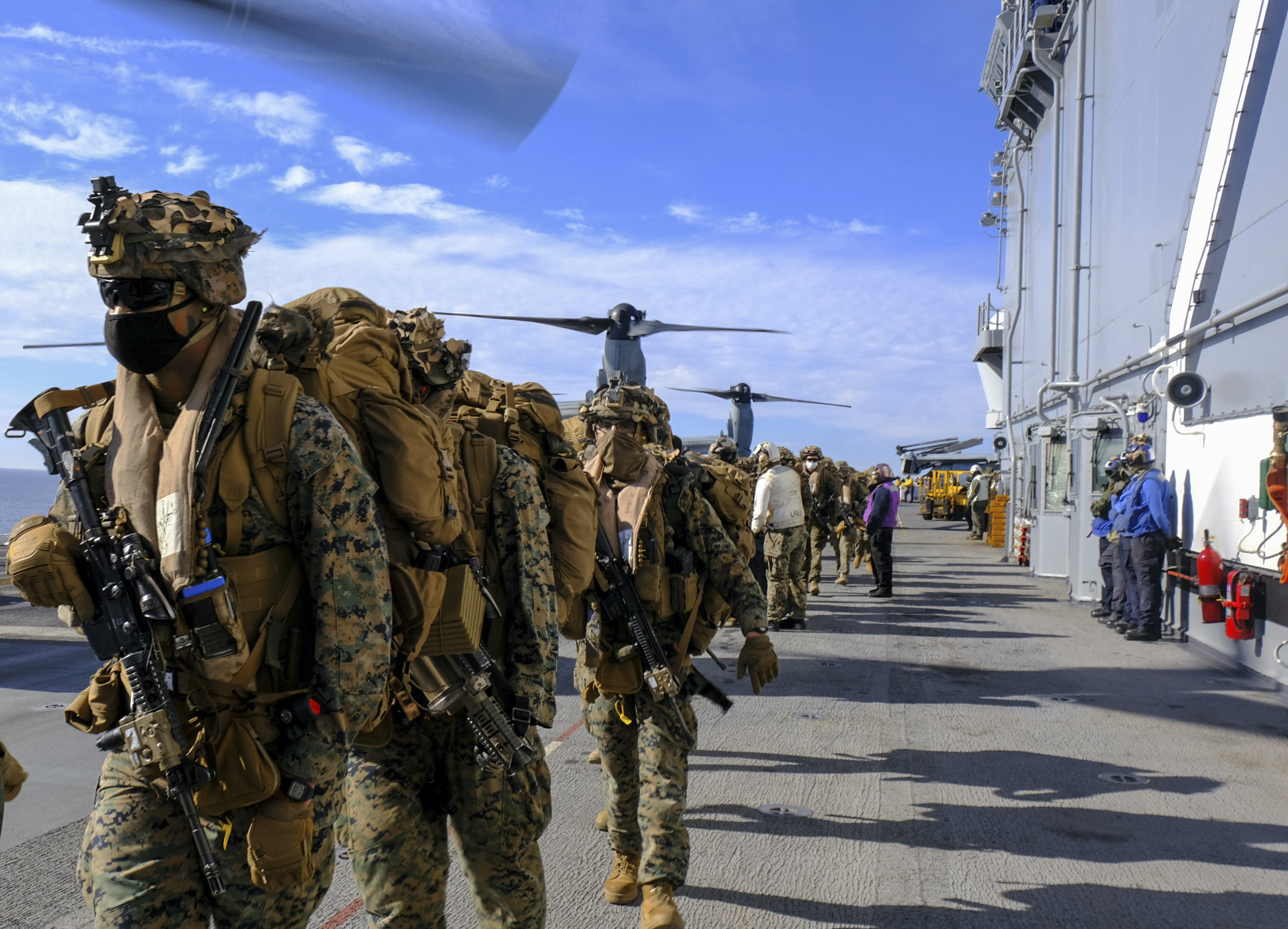 It was a busy seven months for the blue-green naval force of some 5,500 sailors and Marines as its units supported missions including Operation Inherent Resolve as well as exercises and training with allies and partners in the U.S. 5th Fleet, 7th Fleet and 3rd Fleet areas.

Arriving in the 5th Fleet region, the ARG/MEU force operated from September to January in the Gulf of Aden, Arabian Gulf, Red Sea, Arabian Sea, Gulf of Oman, and Indian Ocean. They conducted theater amphibious combat rehearsals in Kuwait, sustaining their readiness and proficiency in multiple full-mission profiles, and did maritime security operations in the Red Sea. 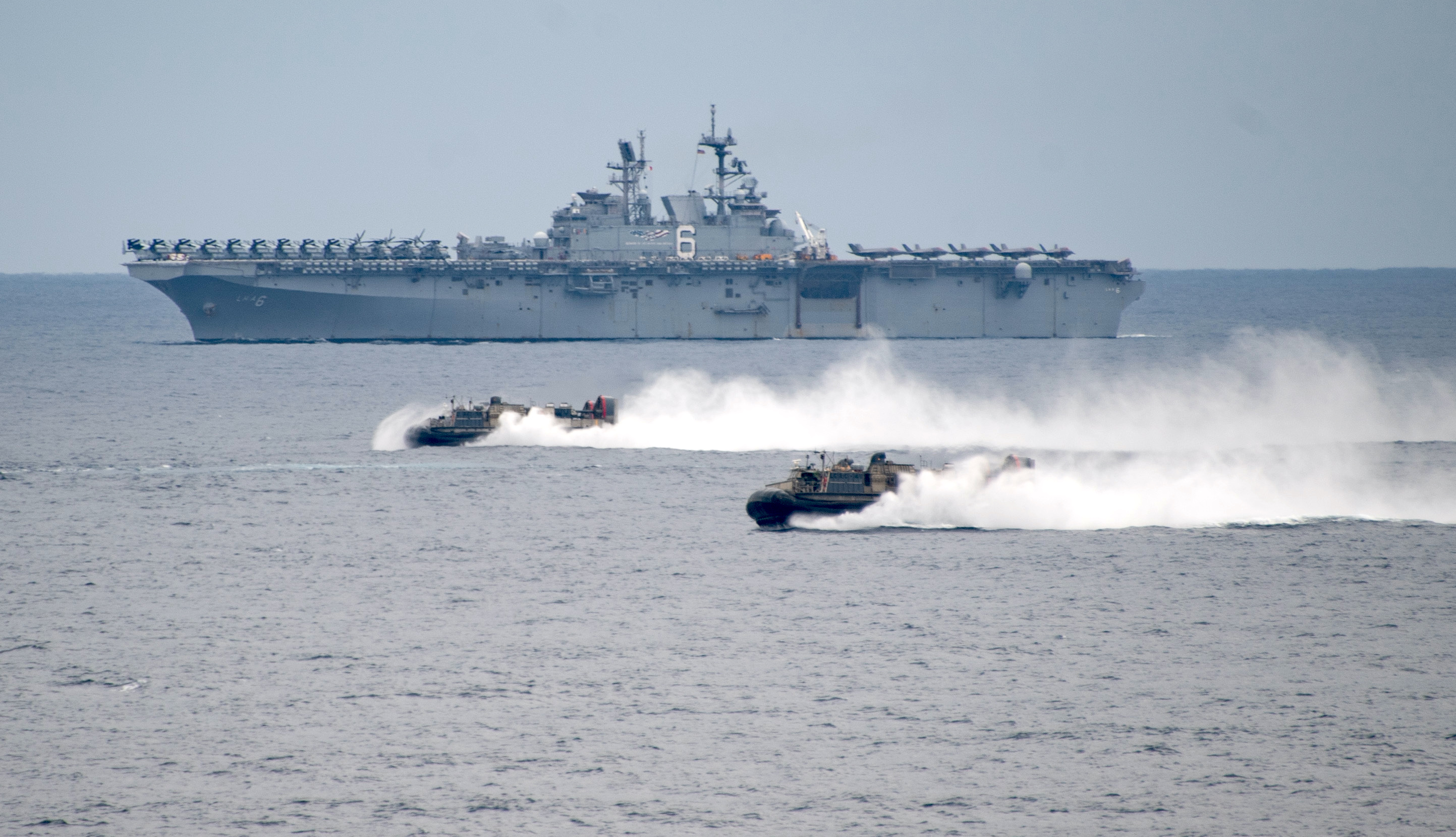 Ships of the America and Essex Amphibious Ready Groups, and Abraham Lincoln Carrier Strike Group, sail in formation with the Japan Maritime Self-Defense Force during exercise Noble Fusion on Feb. 7, 2022. US Navy Photo

Crews with Essex, Portland and Pearl Harbor joined in individual maritime exercises with navies from Pakistan, Egypt, Israel and India, working on “advanced maneuvers and communication drills to showcase abilities to operate together in a dynamic environment, and test and refine combined command and control processes,” according to 3rd Fleet. Earlier this year while in the western Pacific, Essex ARG did expeditionary strike force operations with the USS Carl Vinson CSG in the South China Sea to “demonstrate U.S. capability to quickly aggregate an integrated naval force to operate all-domain warfare anywhere international law allows.” 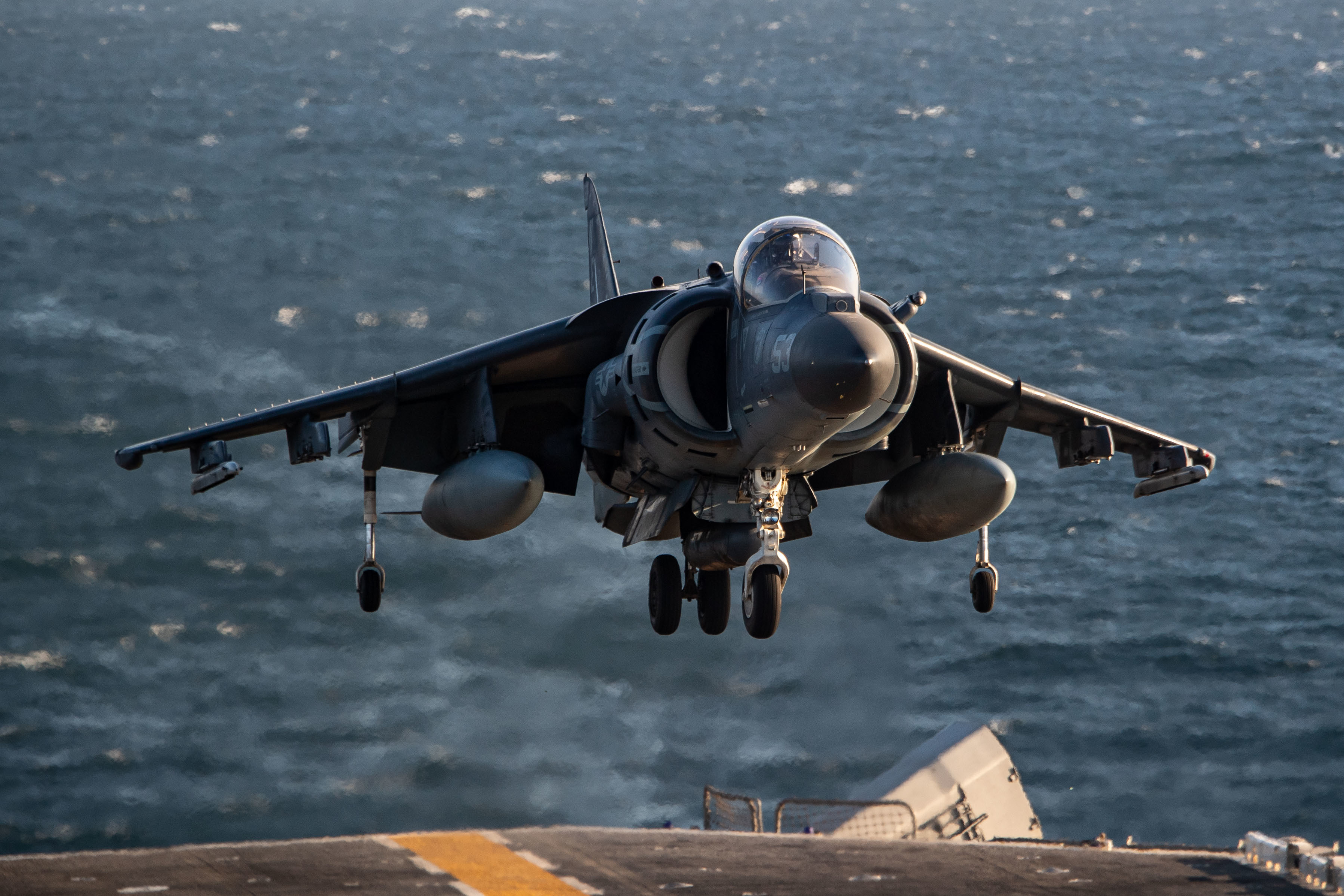 Most of the 2,200-plus Marines of the 11th MEU, commanded by Col. James Lively, had returned home several days earlier, with most arriving at their units’ home base of Camp Pendleton and others returning to Miramar Marine Corps Air Station in San Diego. Along with its headquarters element, the 11th MEU Battalion Landing Team 1st Battalion, 1st Marines; Marine Medium Tiltrotor Squadron 165 (Reinforced) and Marine Attack Squadron 214 as the air combat element; and Combat Logistics Battalion 11 as the logistics combat element.

The 2021-2022 deployment also marked the last Harrier operational deployment for the “Black Sheep” of Marine Attack Squadron 214, an AV-8B Harrier squadron based at MCAS Yuma, Ariz. The Marine Corps will soon transition the squadron to the F-35B Lightning II joint strike fighter and be the last of the West Coast Harrier squadrons to deactivate.