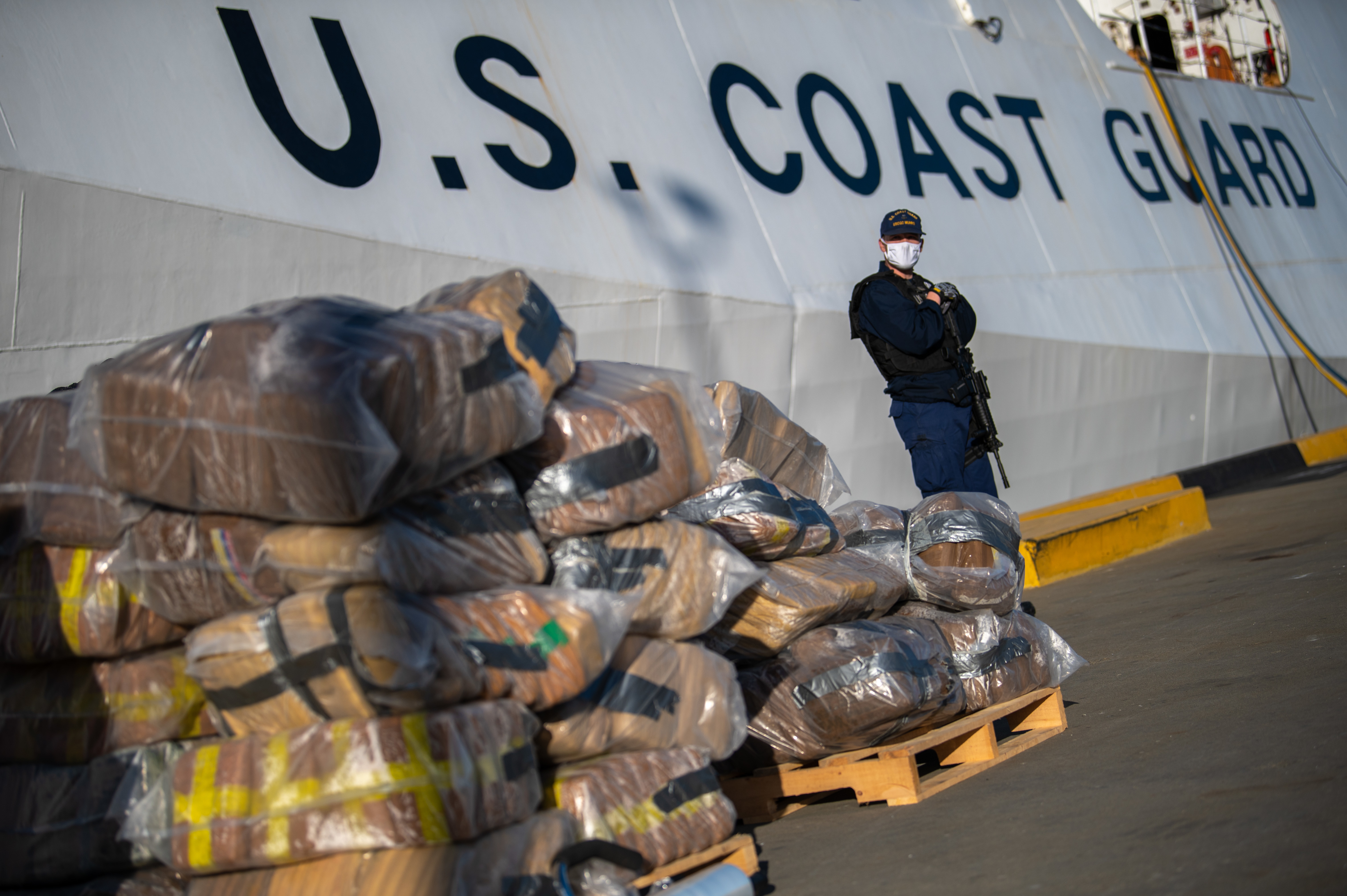 A crew member from the Coast Guard Cutter Munro stands watch over seized contraband during a drug offload from the cutter in Alameda, California, March 23, 2021. US Coast Guard Photo

SAN DIEGO, Calif. – Grappling with a rise in maritime smuggling in recent years off Southern California, Coast Guard Sector San Diego officials have reached out to the tech industry for ideas and products that will close gaps in and expand maritime domain awareness.

“We’ve faced a major increase in smuggling,” Capt. Tim Barelli, commander of Sector San Diego, told an audience on the first day of WEST, a three-day defense industry conference hosted by USNI and Armed Forces Communications and Electronics Association. Incidents of smuggling have doubled, year over year, in the past three years, “and I’m doing that with the same amount of people, same amount of helicopters and same amount of small boats. So that is my biggest challenge.”

Barelli said he is hoping that advances in technologies, to include intelligence, surveillance and reconnaissance systems that can continually collect and generate information and intelligence, will close what he calls “a coastal awareness gap.”

“It’s a term we’ve coined at Sector San Diego to mean that there is a challenge to fully understand and see the maritime domain and have that awareness of what’s going on” offshore and then to be able to address it, he said.

That gap isn’t about not having enough people or helicopters or patrol boats.

“I want to optimize my existing resources better,” said Barelli, a naval aviator and helicopter pilot by training. Existing networks of sensors help provide that picture of what’s happening offshore, and the Department of Defense – to include the San Diego-based U.S. 3rd Fleet and its ships and aircraft – “is a key partner in this awareness of closing the coastal awareness gap,” he said.
“What I need is the ability to use ISR, the ability to use the latest technology, to see what’s going on offshore” and optimize the capabilities of Coast Guard crews and their boats and aircraft to “get a better picture of what’s going on offshore,” he added. Then, “I can see those sources of maritime disorder and address it.” 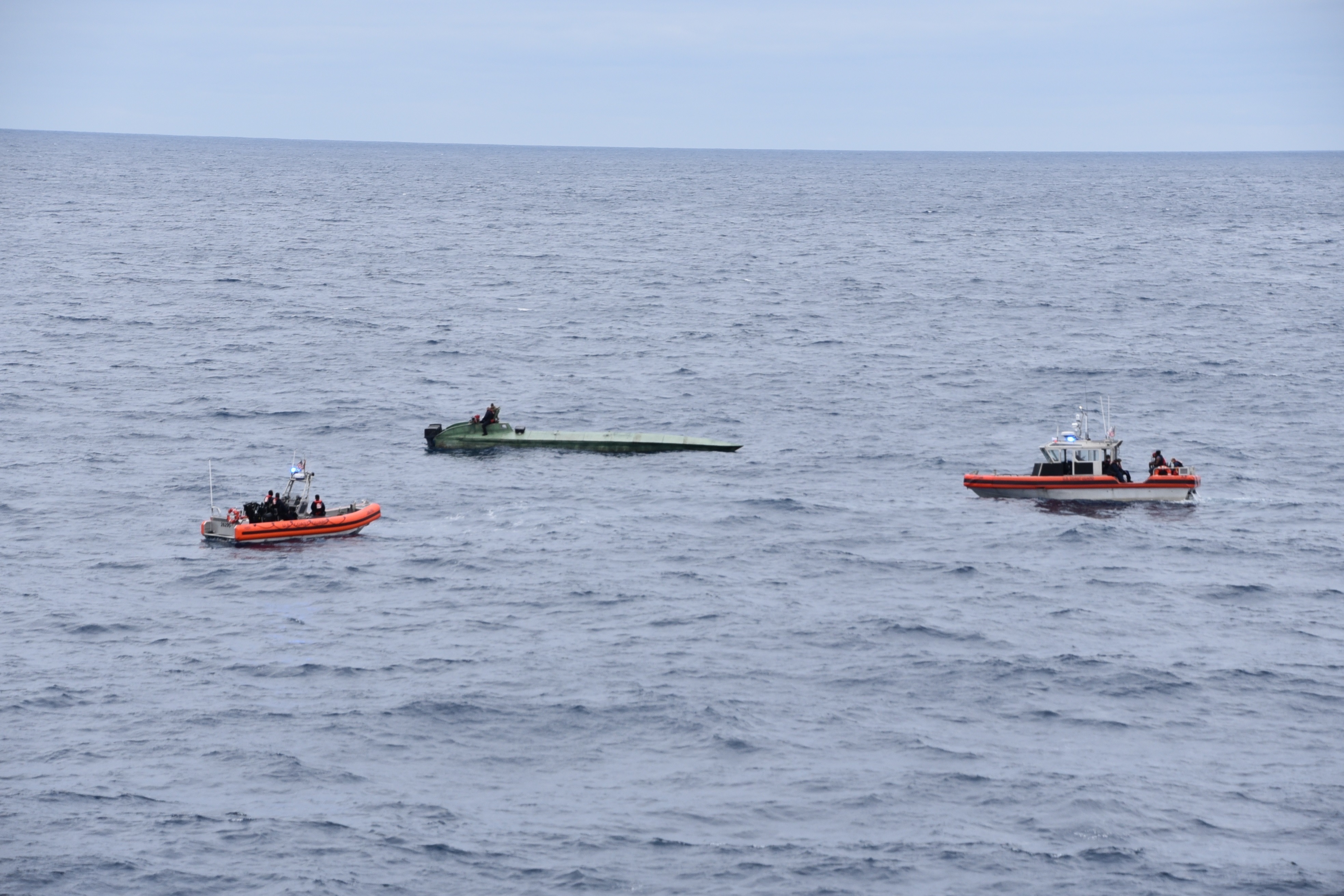 Last year, Sector San Diego developed the Southern California (SoCal) Maritime Domain Awareness Innovation Cell that’s something of an “umbrella” for demonstrations of existing technologies and ideas. “We partner (and) try to fuse together industry, academia and other DoD and federal partners to use an existing technology that’s out there and incorporate it into operations that I can control at the sector level,” he said.

While he has no acquisition authorities, Barelli said his message to companies is: “If you want to test out your technology, I have a place where we can incorporate your technology into an existing operation to really determine if it’s useful or it’s not.”

The MDA initiative earned the sector an award from the National Maritime Intelligence Office for the effort “to coalesce tech industry, sensor operations, the national defense industrial complex and academia into this entity at the local level,” Barelli said. “We are trying to make change at the local level that is having national implications – and it’s working.”

Promising, new tech can’t come soon enough for the San Diego sector, which stretches 80 miles north from the U.S.-Mexico border and 200 miles to the west. The sea corridors busy with commercial shipping, military training and fishing and recreational vessels also see an increasing amount of smugglers moving illicit drugs, contraband and people into the U.S.

“There is a threat – a persistent threat – of illicit activity going on from south to north,” Barelli said.

Three cartels are battling over control in Tijuana, a heavily populated area just across the land border that’s grappling with record-high murder rates. Greater enforcement along the U.S. land border has prompted cartels to use the open ocean to ferry drugs, including methamphetamine, heroin, fentanyl and cocaine, contraband and smuggle people. Coast Guard units have encountered mini-submarines used to move drugs, pangas overloaded with people, drugs or both and recreational boats carrying illicit cargoes that blend in among other traffic on San Diego waters. 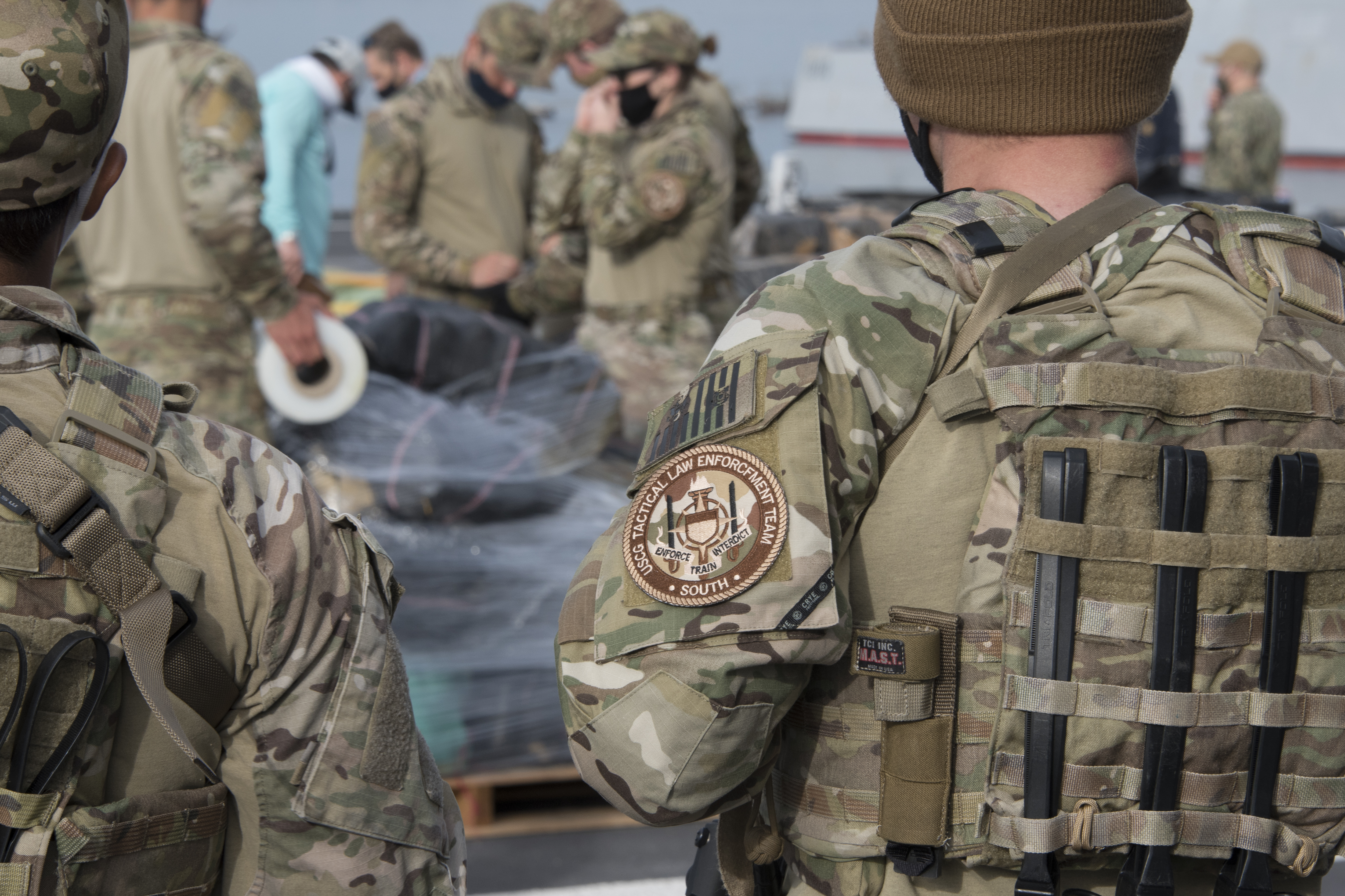 Often, those smuggling attempts end deadly. Last year, a panga carrying 33 people capsized in the waters near the entrance to San Diego Bay. Three people died in the incident. The boat captain was arrested and prosecuted.

“Every smuggling event that is going offshore is a safety-of-life issue,” Barelli said, and not only a law enforcement at sea issue. Smugglers often pack the vessels, “one person per foot” of length, and the vessel often is not equipped to handle the weight and lacks any protection from the elements and weather out at sea.

Barelli showed the audience photos of smuggling vessels interdicted by the Coast Guard or found often empty ashore. He recounted one case last year where a crew member on a chartered fishing boat 90 miles off the coast noticed a light moving in the distance. The radar showed no vessels nearby. The boat’s lights soon shone on a panga, “broken down and adrift, 90 miles from shore,” with 20 or so people aboard.

“This is what keeps me awake at night,” he said.