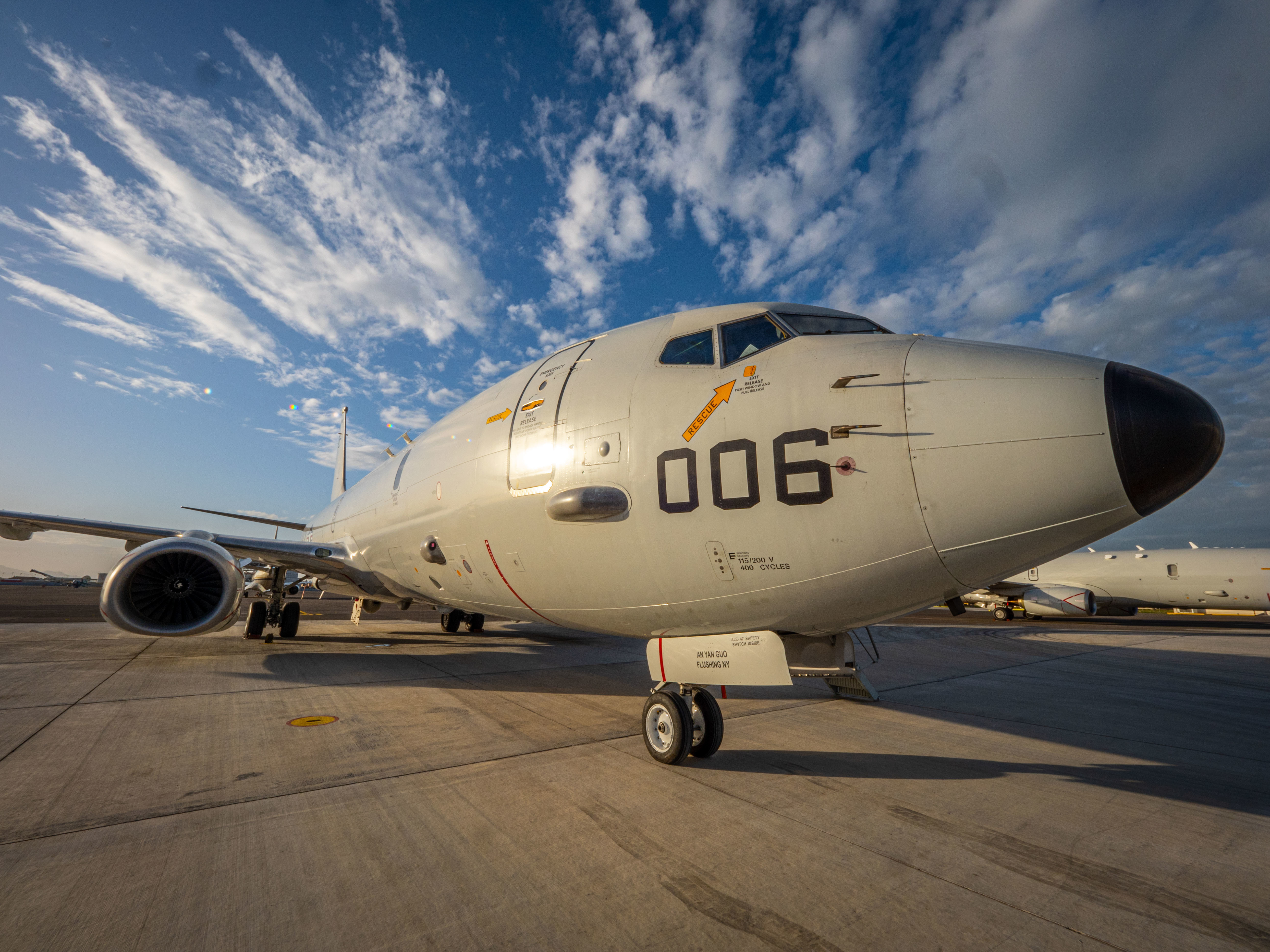 A P-8A Poseidon maritime patrol aircraft assigned to the ‘Grey Knights’ of Patrol Squadron (VP) 46, sits on the flight line on Jan. 7, 2021. US Navy Photo

The three U.S. planes were flying over the Mediterranean Sea in international airspace when a Russian aircraft made “unprofessional intercepts” on Feb. 12 and 13, Pentagon spokesman Capt. Mike Kafka said in a statement.

No one was hurt, Kafka said. The U.S. contacted Russian officials through diplomatic channels to express concerns.

“The U.S. will continue to operate safely, professionally and consistent with international law in international waters and airspace,” Kafka said. “We expect Russia to do the same.”

Over the weekend, Russia also claimed to have chased a U.S. submarine out of its territorial waters, according to state-run news outlet TASS.

The U.S. Navy denied the Russian claims in a statement, saying that the U.S. operates its submarines safely in international waters.

Russian intercepts of U.S. aircraft over the Baltic and Black Sea have been a typical occurrence since the 2014 Russian invasion of Crimea.

In 2020, in two separate incidents, Russian Air Force fighters made “unsafe and unprofessional” intercepts of P-8As over the Mediterranean Sea.

The following is the complete Feb. 16, 2022 statement from the Pentagon.

“We can confirm that over the course of last weekend, three U.S. Navy P-8A aircraft experienced unprofessional intercepts by Russian aircraft. The U.S. flight crews were flying in international airspace over the Mediterranean Sea at the time of these intercepts. We have made our concerns known to Russian officials through diplomatic channels. While no one was hurt, interactions such as these could result in miscalculations and mistakes that lead to more dangerous outcomes. The US will continue to operate safely, professionally and consistent with international law in international waters and airspace. We expect Russia to do the same.”