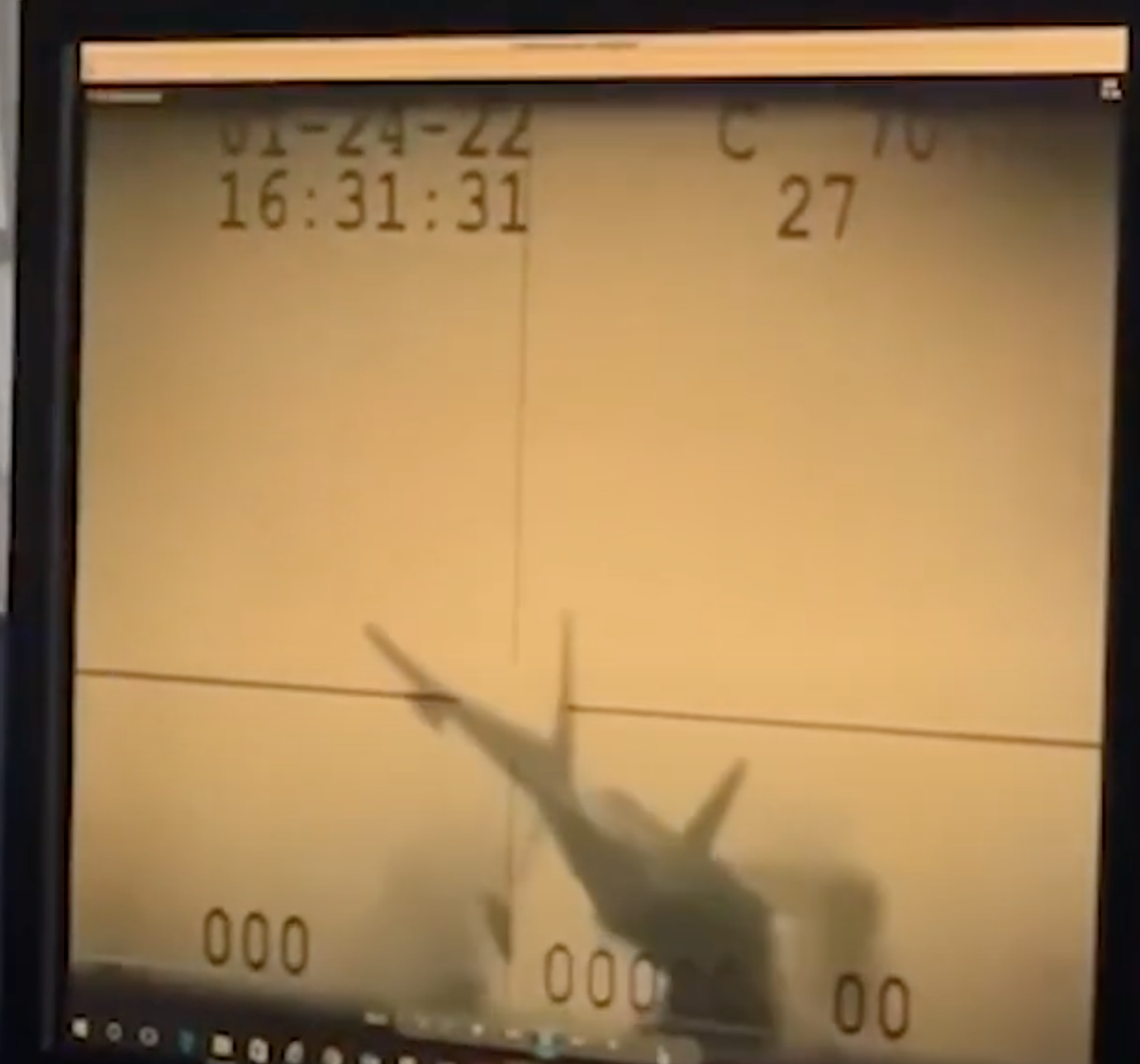 After replacing the four arresting wires, the carrier was quickly ready to recover aircraft again 30 to 45 minutes following the crash, according to a defense official.

“When the mishap happened, we had additional aircraft airborne that needed to land. So the training kicked in immediately. And I was in awe watching … everybody on the flight deck – including the air wing personnel – respond to that emergency because we had to replace all four wires. We had to pick up things off the flight deck so that we could clear the [landing area] to clear all the [foreign object debris],” the official said.

With USS Abraham Lincoln (CVN-72) operating near Vinson, the aircraft waiting to land aboard Vinson landed and refueled on Lincoln while the crew cleared Vinson’s flight deck after the crash.

“And we had one aircraft turning that was a tanker ready to go airborne as well,” the official continued. “We had planes parked on the bow so we couldn’t use those catapults, so we were planning on using one of the waist cats if we had to launch that tanker. And we had to clean stuff out of the way in order for that aircraft to be ready to take off. Within 30 to 45 minutes, we were ready to receive aircraft. Those aircraft – ultimately the USS Lincoln was nearby – so they went and got a drink of gas at the Lincoln and then came back to us that same night. We recovered the aircraft that night.”

The F-35C pilot ejected and was safely recovered from the water after the F-35 went over the edge of the flight deck in a ramp strike that happened while Vinson was operating in the South China Sea on Jan. 24. One of Vinson‘s helicopters quickly recovered the pilot from the water, the official said. While the spots where the air wing usually has its helicopters were not clear, the helicopter that recovered the pilot landed on one of the elevators, according to the official.

“We adapted to the situation that we had and all-around with both the air wing and the air department personnel, we got things cleaned up and ready to go so we could be right back in the fight if need be,” the official said.

Seven sailors were injured, with three transported to a medical facility in the Philippines at the time. The three moved to a facility have been released and all seven were medically cleared, USNI News understands.

During a recent underway aboard Vinson, the carrier’s commanding officer told reporters the ship “absolutely” had what it needed to handle both the F-35C and the CMV-22B Osprey mishaps.

“One of the super rewarding …. feelings or emotions, results of the specifically the F-35 crash, but also the…other incidents [is] the way the ship’s crew and the air wing came together and provided the perfect response,” said Capt. P. Scott Miller. And to me what that validated was our entire training track, where we do our workups with all of the training organizations back home – prepared us perfectly.”

The defense official said the crew’s training put them in the position to respond quickly to the situation on the flight deck when the F-35C crashed.

“For the actual mishap … we got lots of great training or lessons learned from how we reacted to that. As mentioned before, how we got the flight deck cleaned up so that we could recover aircraft as soon as possible and get more aircraft airborne if need be to get fuel to those aircraft,” the official said. “Again, I just look back at all the drills and training that we do – that you plan for the worst and hope for the best, and that day was not the best and the team responded amazingly to the emergency after it happened.” 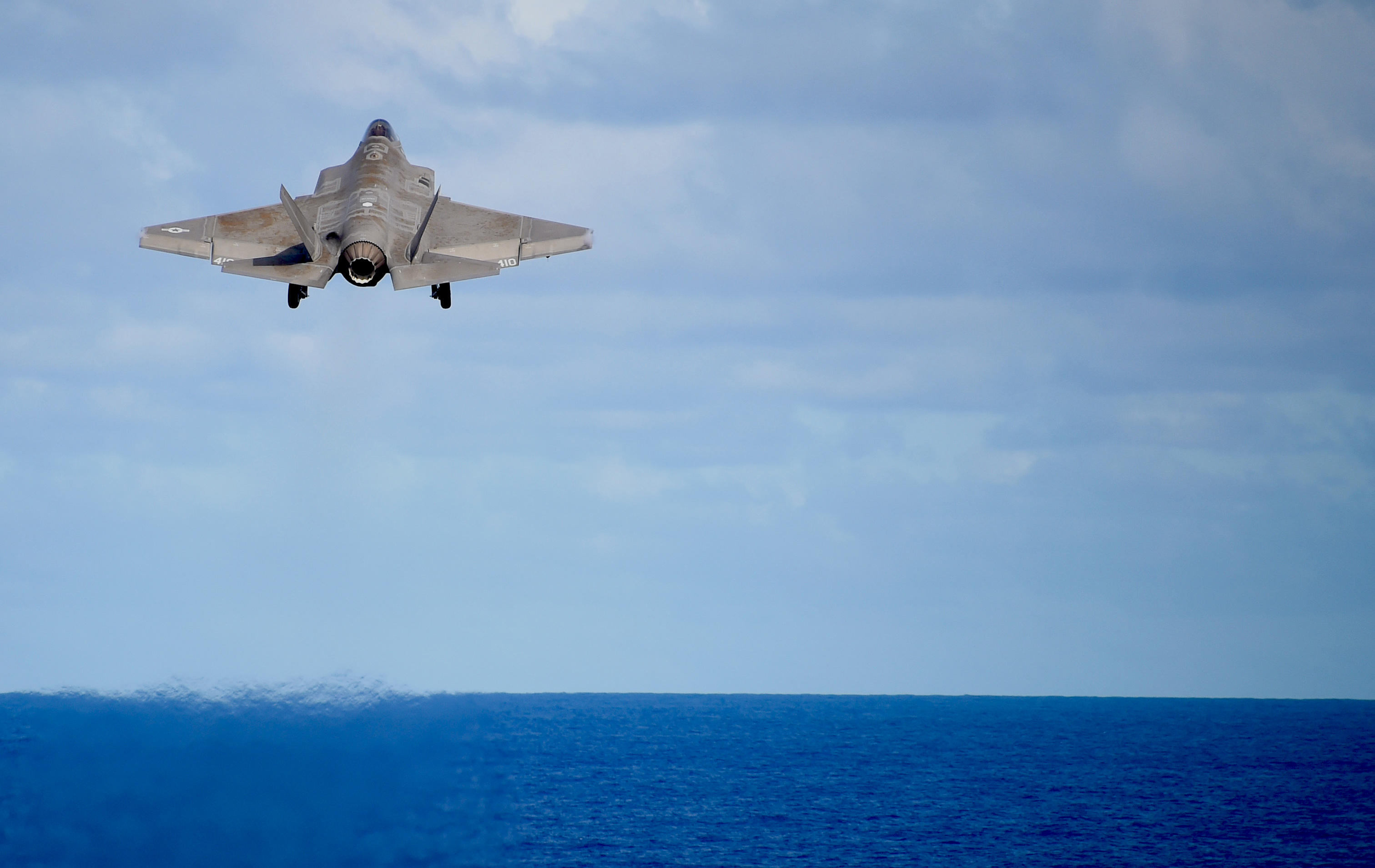 From the crew members running the catapults to those running the wires and the fire fighting trucks aboard the carrier, the official said all members of the flight deck crew played a role in reaction to the mishap.

The Navy is readying salvage efforts to raise the F-35C from the ocean floor, USNI News previously reported.

The F-35C crash took place at the tail end of Vinson‘s deployment, which was the first deployment of the Navy’s new fifth-generation air wing with the F-35C.

“They did an outstanding job. They responded very quickly. They [were] in the right place at the right time,” one crew member said of the flight deck crew.