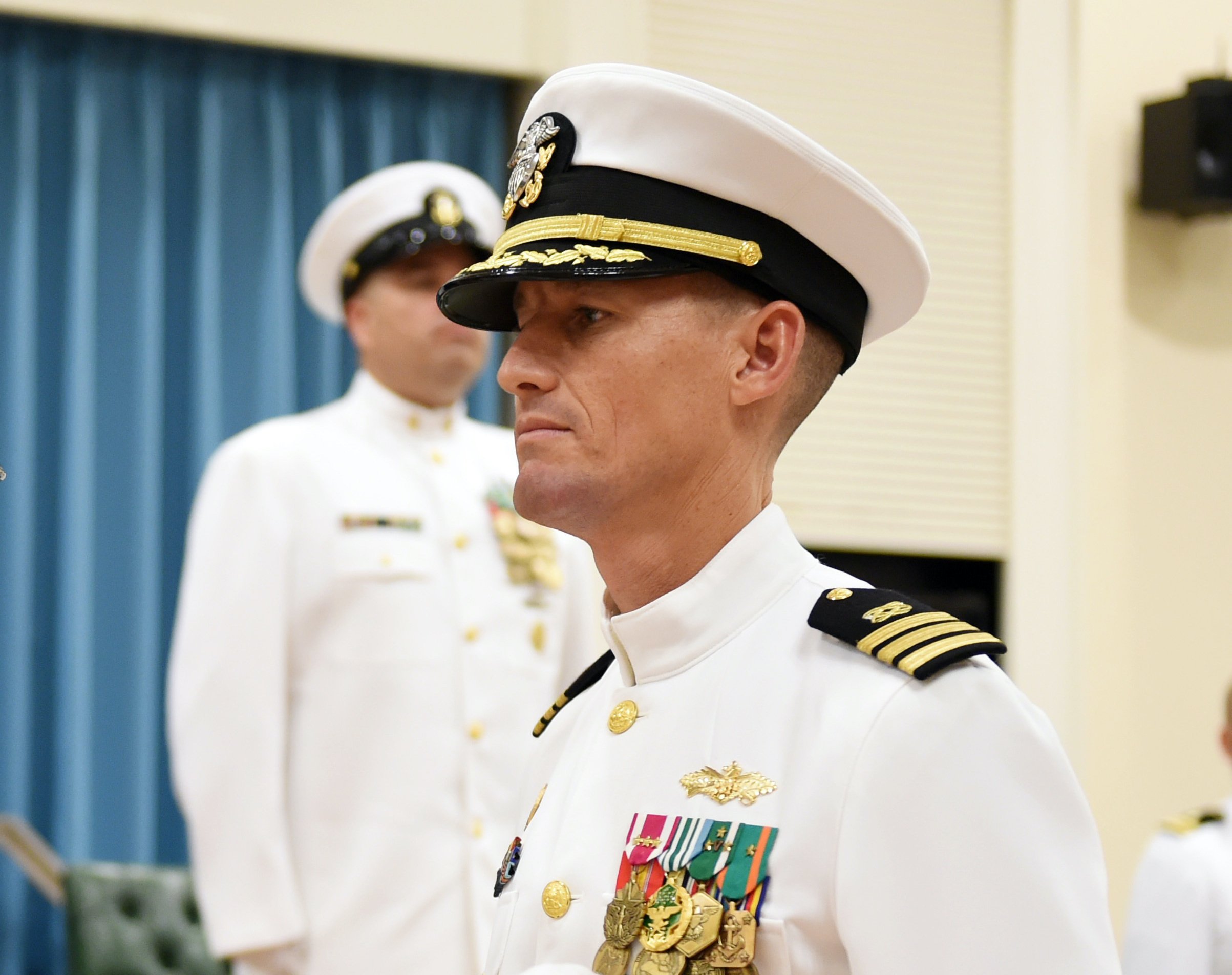 Then-Cmdr. Jeffrey Lengkeek during his change of command ceremony on Camp Shields in Okinawa, Japan in 2016. US Navy Photo

The Navy relieved the command triad for Amphibious Construction Battalion Two, citing a loss of confidence in the team’s abilities, the service announced Friday.

Lengkeek and Jarosz both served in their roles since July 2020. Capt. Brian Finman will act as commanding officer, with Cmdr. Henry Pierce temporarily serving as executive officer.

An investigation into the triad began on Dec. 15 and is ongoing, Newell said.