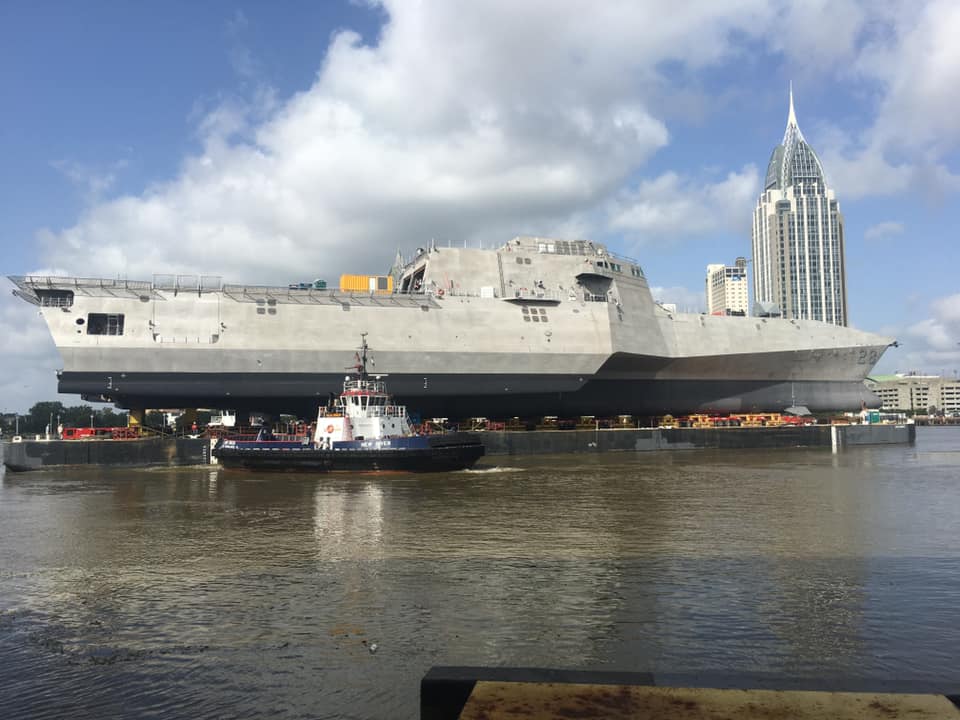 The ship is the 14th Independence-class Littoral Combat Ship to enter the fleet, according to a news release from the Navy. It is the sixth ship to bear the name Savannah.

The ship was delivered to the Navy by Austal USA in June 2021. Austral constructed Savannah at its Mobile, Ala., shipyard in fewer than three years, according to a news release from the company.

While the ship was commissioned in Brunswick, it will be homeported at Naval Base San Diego, Calif. It is sponsored by Dianne Davison Isakson, the wife of the late Sen. Johnny Isakson (R-Ga.).

Isakson, as well as her daughter, gave the first order for manning the ship. They were joined by Rep. Earl Carter (R-Ga.), Meredith Berger, who is performing the duties of the under secretary of the Navy, Naval Air Systems Command chief Vice Adm. Carl Chebi, Mayor of Savannah Van Johnson and Larry Ryder, the vice president of business development and external affairs at Austal USA.

Savannah’s namesake is the city in Georgia, which has played a role in the country’s naval history, Secretary of the Navy Carlos Del Toro said in the release.

“I have no doubt the Sailors of USS Savannah (LCS 28) will carry on the fighting spirit of this city and will play an important role in the defense of our nation and maritime freedom,” Del Toro said.