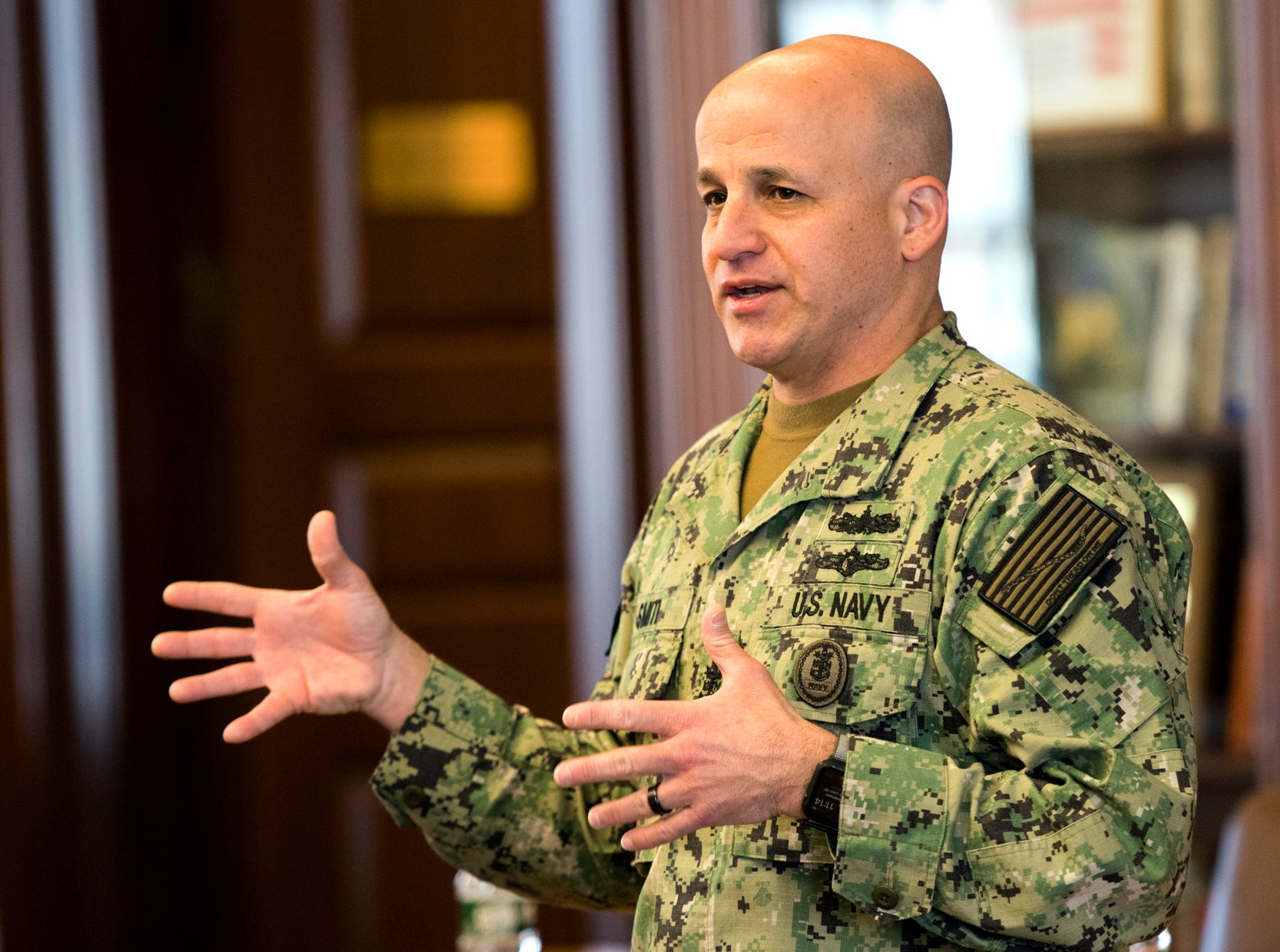 The Navy’s senior enlisted leader is under investigation for alleged misconduct, two defense officials confirmed to USNI News on Thursday.

Master Chief Petty Officer of the Navy Russell Smith is now the subject of a Navy Inspector General investigation for unspecified misconduct.

In a statement to USNI News, Navy spokesperson Cmdr. Reann Mommsen declined to comment on the investigation. A message left with Smith’s spokesperson by USNI News was not immediately returned.

The previous Navy senior enlisted official, MCPON Steven Giordano, retired early from the position in 2018 because of an investigation in which sailors accused him of creating a toxic leadership environment and belittling subordinates. Navy Times first reported Smith was under investigation.

One defense official with knowledge of the probe said the Smith’s alleged misconduct was much milder than Giordano’s. “Not even comparable,” the official told USNI News.

USNI News understands the IG investigation will likely not affect Smith’s planned retirement later this year from the MCPON role, which he’s held since Giordano stepped down in 2018.
Prior to serving as the 15th MCPON, Smith was the senior enlisted leader for Manpower, Personnel, Training, and Education in the office of the Chief of Naval Personnel.

Smith has served in a variety of positions in the surface and special operations communities. In previous assignments, Smith worked for the defense attaché in Moscow and served at the Office of Naval Intelligence, at the U.S. Naval Academy and as the Command Master Chief on the chief of naval operations’ staff.

The selection process for the next MCPON is underway, a Navy official told USNI News.