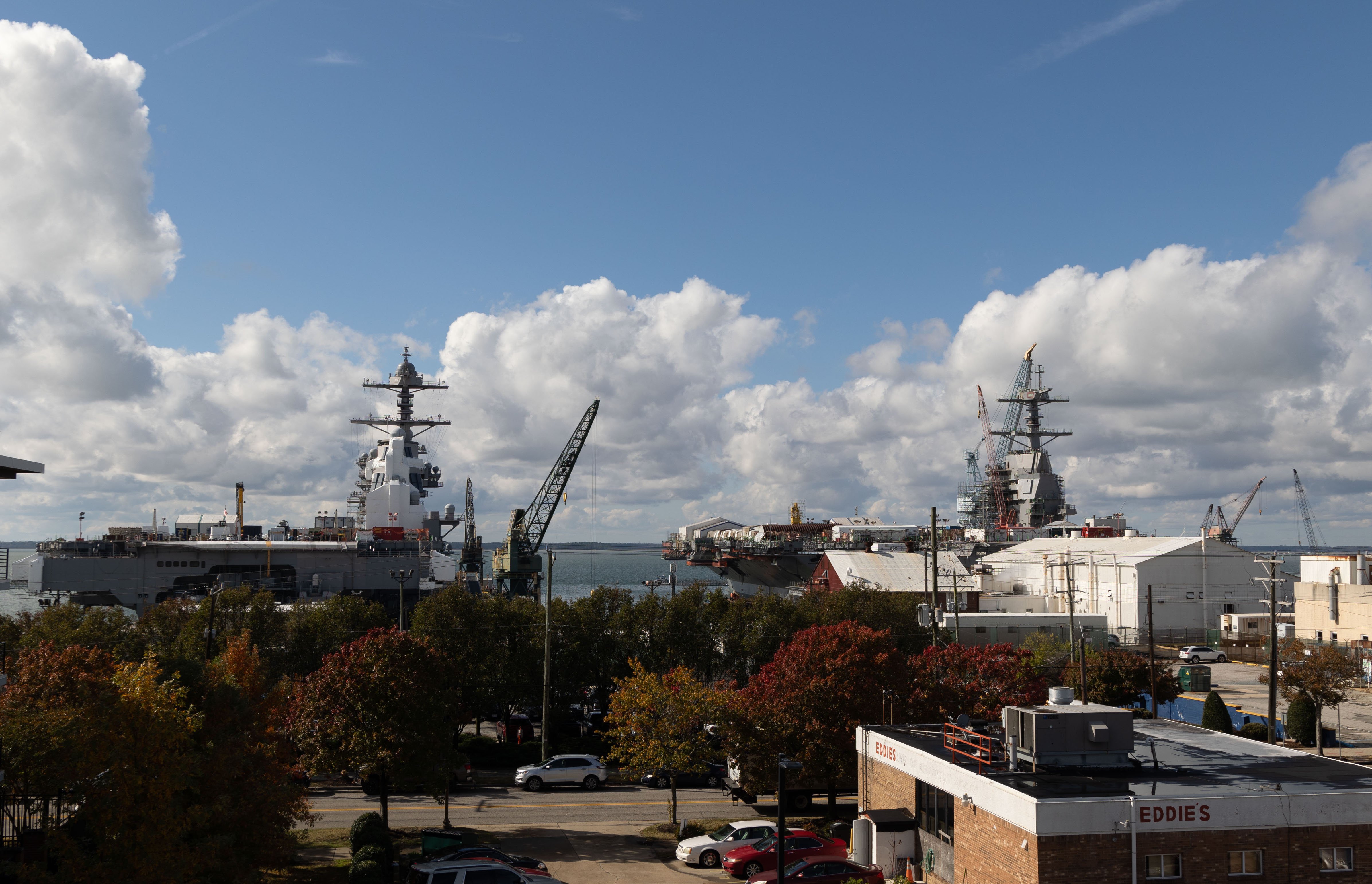 The Navy is confident in its supply chain and the availability of spare parts to build and sustain its aircraft carriers, as the lead ship in the Gerald R. Ford class gears up for its first deployment, two service officials said last week.

After taking parts from the future USS John F. Kennedy (CVN-79), the Navy is beginning to receive orders to replace those parts. The parts from JFK – which is currently under construction at Huntington Ingalls Industries’ Newport News Shipbuilding – were placed on USS Gerald R. Ford (CVN-78) so the lead ship is ready deploy this year.

“The backfill of the parts that were taken from JFK – those are starting to come in. So we don’t see that it’s going to have any future impacts on JFK,” Jay Stefany, who is currently performing the duties of the assistant secretary of the Navy for research, development and acquisition, told reporters on Friday.

The sustainment parts for Ford – which is set to deploy this fall – are on the carrier, Rear Adm. James Downey, the program executive officer for carriers, said last week.

“We will order the deployment-like items, but those are much more in the perishable phase at this point. The sustainment items are onboard and doing well,” Downey said.

After wrapping up shock trials over the summer, Ford pulled into port at Newport News for its Planned Incremental Availability (PIA), which is set to finish at the end of February. During that maintenance period, the Navy had to cannibalize some parts from JFK and place them on Ford, USNI News previously reported.

As it prepares for the lead ship in the class to deploy for the first time later this year, the Navy is continuing to work with both industry and its field activities to ensure the carrier has the parts it needs, according to Downey.

“First I’ll share that 96 percent of our systems have transitioned out to Navy field activities to be the in-service engineering activities. So we have about four systems left that we’re transitioning from Newport News – that’s a normal course of maturity for us,” he said, noting that this includes transferring both technical documents and parts for the systems.

The Navy has also hosted subject matter experts from industry aboard Ford to help ensure it has a healthy understanding of what parts it might need to buy or systems it could need to alter.

“What we’ve done is we’ve brought those SMEs – first we’ve increased what we were ordering and we have the parts aboard as we saw [over] those 18 months mostly at sea for Ford. But we’ve also brought those SMEs in,” Downey said. “We have some pretty significant industry exchanges on a very routine basis and we’ve had their SMEs aboard the ship – in port and at sea – for any procurement adjustments or any system changes. And we did that intentionally during [post-delivery test and trials]. So, we’re in a good position on those – in the sustainment areas.”

While the COVID-19 pandemic has caused some disruptions, Downey emphasized that much of the effects have been about people rather than material items, and that there are “no known significant supplier issues” that would prevent the Navy from getting Ford out to the fleet or completing construction on the next three ships in the class.

“Small companies – you know under a hundred folks or so – you have the challenge on, more so on the subject matter expert side of how deep they are, if others are out due to COVID issues. That’s a bit of it – of one of the issues. Another one is quarantine time – you know, if they’re not all in the Norfolk area traveling and how we transport the parts, these type of things. Most of the issues we’ve experienced aren’t directly material,” he said.

“You can imagine how tight those working conditions can be in an elevator. Although they’re pretty big, they’re confined areas. But with the size – with the volume of work out of Newport News, they do have multiple suppliers for most of their systems or components. So, we haven’t had issues that have stopped construction or stopped operation,” he told reporters. “I will say, on in service, we have had some issues on overhauling existing units at suppliers who are relatively small and have maybe slowed down or relocated during the COVID situation. So most of it has been related to the people, and their availability.”

Both the block buy of the future USS Enterprise (CVN-80) and the future USS Doris Miller (CVN-81) and keeping many of the systems for the carriers consistent has also helped with materials, Downey said.

“That has helped some of those vendors and the Navy as well,” he said. “So my view is we’re in a good position – sufficient so that Ford will be ready to go to operational tasking this year.”

Downey said Ford would deploy by this fall.

“Very end of the summer. If we look at dates out there – what are typical, actual dates for beginning of the fall – she’s right around there to a bit to the left of it,” he said.