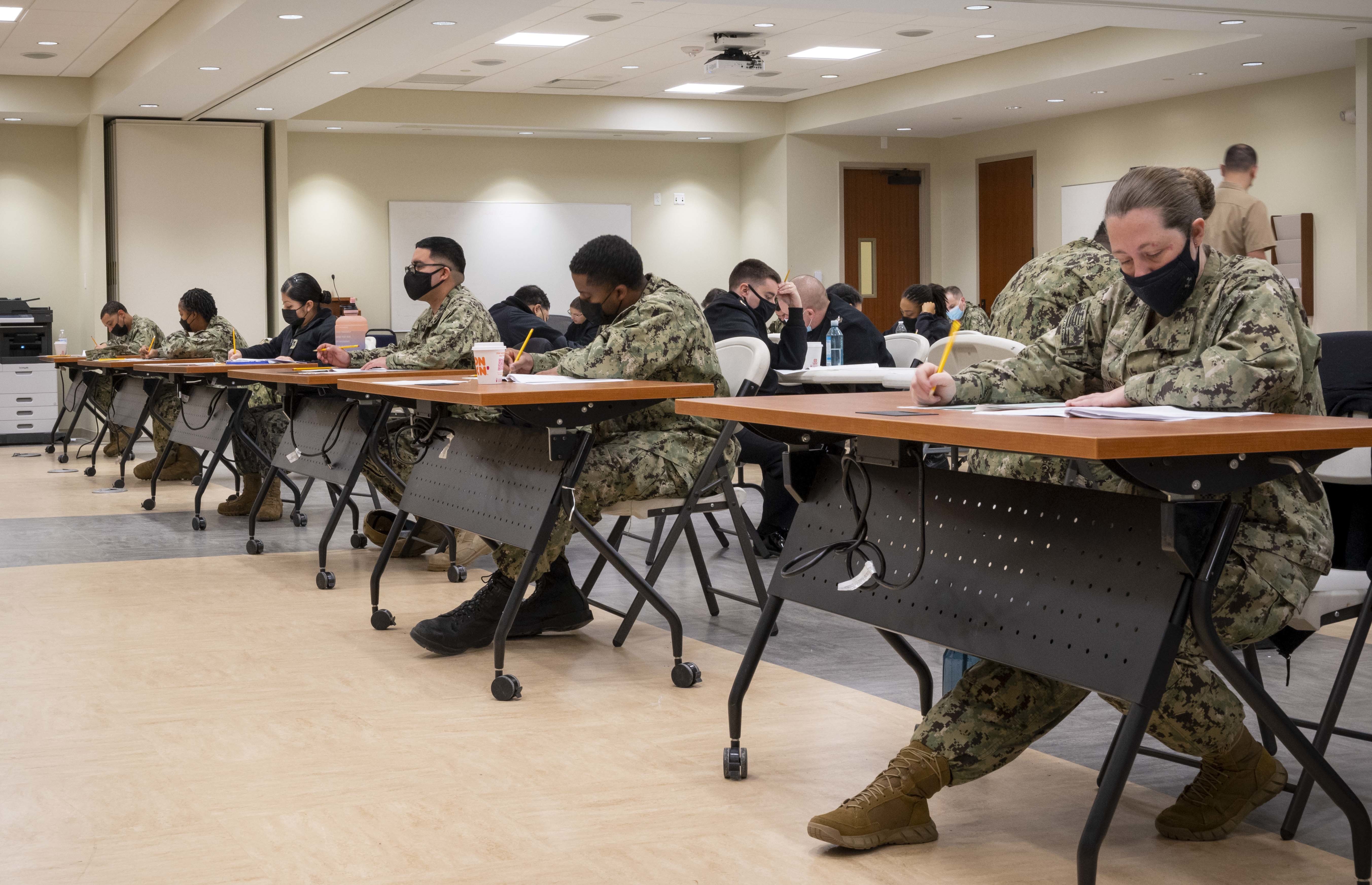 The Navy is offering recruitment bonuses of up to $50,000 as a new incentive, the sea service announced Friday.

The bonuses are dependent on the program and the recruit’s eligibility, according to a Navy news release. The new incentives will apply to any sailor who has been classified or reclassified as of Jan. 21, 2022.

The incentives include enlistment bonus score rate, which depends on demand ratings for positions that work in nuclear, submarines and information warfare, as well as warrior challenge ratings, which apply to special warfare and explosive ordnance disposal positions, according to the release. The recruitment bonus will also apply to an enlistment bonus for shipping, which is available to all future active-duty sailors who are shipping out before June.

While the Navy is offering up to $50,000, the total a new sailor will receive depends on the position. For example, the recruiting bonus for an air rescue swimmer is $24,000, while a missile technician would receive $5,000. Those in the nuclear field could receive the highest incentive bonus at $38,000.

Those bonuses, along with additional bonuses for shipping out, can earn a sailor up to $50,000, according to the release.

Sailors who ship out before June can receive $4,000, while some high priority jobs could receive up to $14,000 if they ship earlier.

The recruiting bonuses are thought to help the Navy attract and retain new sailors with the talents the Navy will need, Rear Adm. Dennis Velez, the commander of Navy Recruiting Command, said in a statement.

“We recognize that young Americans today have more employment options and opportunities than ever before, so we are offering these enlistment bonuses to be competitive with the strong civilian labor market, recognizing that we are in competition for the best and the brightest young Americans from all walks of life,” Velez said in the statement.

The bonuses are dependent on funding availability, as well as congressional appropriations, according to the release.

The Navy announcement comes on the heels of a similar offer by the Army. The Army is now offering up to $50,000 as a recruiting incentive for those who enlist for six years of active duty.