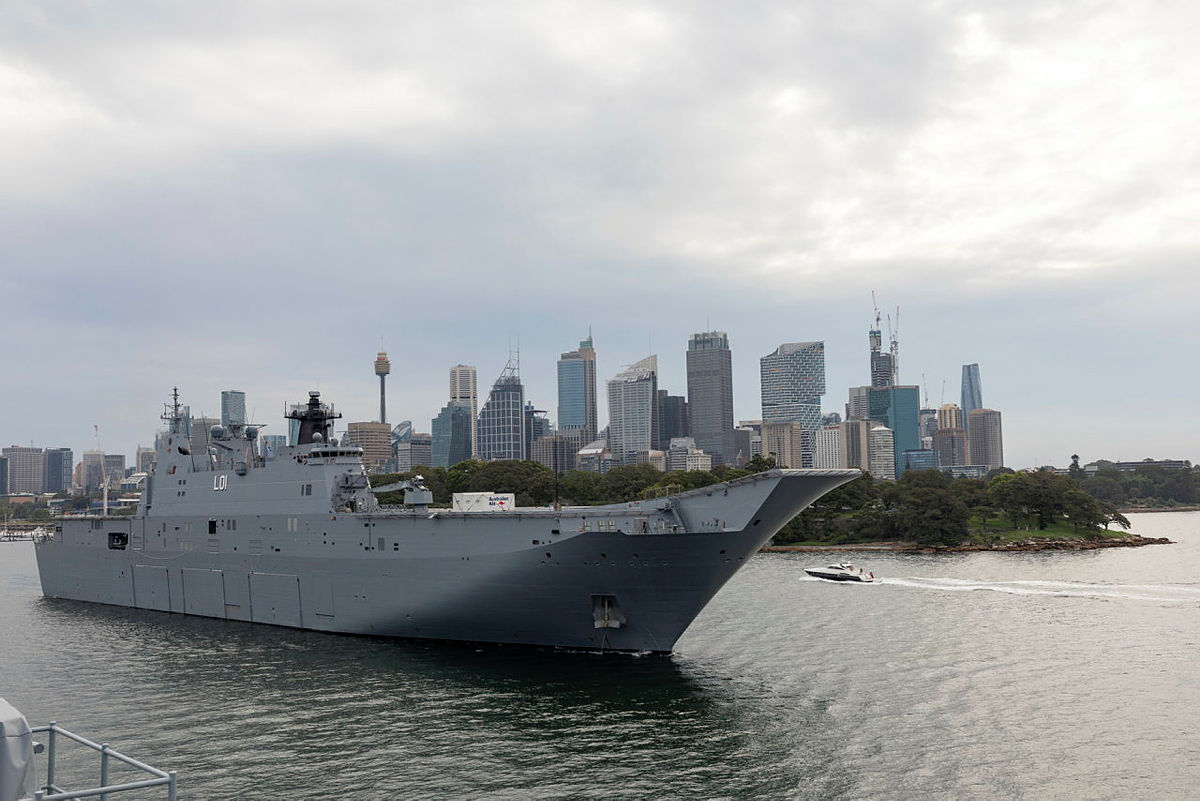 While the Tongan government has not made an official request, the New Zealand government decided to send the ships ahead first so they can respond quickly to any request for assistance.

“Communication issues caused by the eruption have made this disaster response particularly challenging. The delays mean we have taken the decision for both Wellington and Aotearoa to sail so they can respond quickly if called upon by the Tongan Government,” New Zealand Foreign Affairs Minister Nanaia Mahuta said in a Tuesday statement.

Meanwhile, New Zealand is also planning for the deployment of multi-role support vessel HMNZS Canterbury (L421) with RNZAF NH90 helicopters and elements of the New Zealand Army embarked on it for additional relief assistance. At the moment, volcanic ash at Tonga’s Fua’amotu International Airport has prevented any relief assistance coming in from the air, though an effort to clear the runway is underway.

Australia has dispatched landing platform dock HMAS Adelaide (L01) to preposition itself in Brisbane to provide humanitarian aid and disaster relief support if requested by Tonga. Adelaide left its homeport of Fleet Base East, Sydney, on the Monday for Brisbane, Australia. The ship also has two RAAF C-130s ready to deliver relief supplies and communications equipment once the runway is cleared. Both Japan and China have offered to fly aid to Tonga and China has also offered to send medical teams via air.

“The United States and Brunei have a long relationship that includes a notable visit by USS Constitution to Brunei Bay on April 6, 1845,” Capt. Tom Ogden, the commodore of Destroyer Squadron (DESRON) 7, said in the news release. “Jackson’s visit and training with the RBN is a continuation of the 177 years of strong friendship and deep historical ties between Brunei and the U.S.”

Jackson is one of three LCS currently operating in the region. The other two are USS Tulsa (LCS-16) and USS Charleston (LCS-18). Imagery recently released by the U.S. Navy shows Tulsa at Apra Harbor, Guam, while Charleston is in the Philippine Sea.