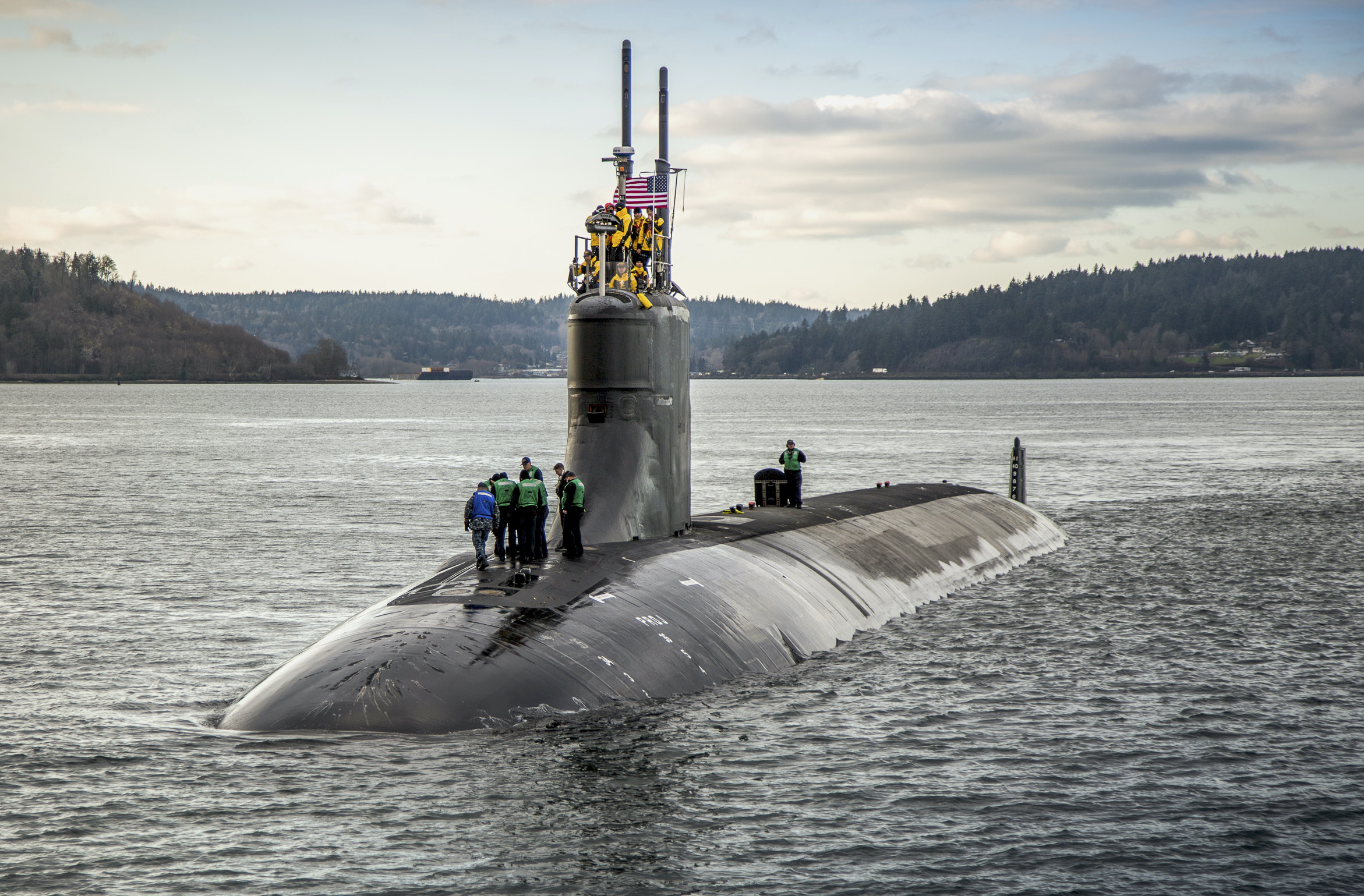 This story has been updated to include a statement from a spokesperson for Submarine Force, U.S. Pacific Fleet.

Attack submarine USS Connecticut (SSN-22) pulled into San Diego, Calif., Sunday morning after transiting the Pacific Ocean on the surface due to damage from a collision in the South China Sea.

The submarine transited the Pacific Ocean entirely on the surface due to damage sustained in an October collision, several Navy officials confirmed to USNI News. The boat’s sonar dome became inoperable as a result of the collision, making it unsafe to travel underwater.

“USS Connecticut (SSN 22) is in port in San Diego. The submarine remains in a safe and stable condition,” Cmdr. Cindy Fields, a spokesperson for Submarine Force, U.S. Pacific Fleet, said in a statement.

Connecticut struck an unmapped seamount in early October in the South China Sea, a collision that damaged the ballast tanks and the forward section of the boat, USNI News previously reported.

After hitting the seamount, the boat sailed on the surface to Guam, arriving on Oct. 8 for initial repairs and a damage assessment. The submarine left Guam at some point last month.

The boat is slated to undergo additional repairs in Bremerton, Wash., where it’s based. It’s unclear why the submarine pulled into San Diego on Sunday morning.

After an investigation into the collision, U.S. 7th Fleet commander Vice Adm. Karl Thomas relieved the boat’s commanding officer, executive officer and chief of the boat “due to loss of confidence.”

The collision also lead the Navy’s submarine forces to call for a “navigational stand down” last month.

“We have very rigorous navigation safety procedures and they fell short of what our standard was,” Naval Submarine Forces commander Vice Adm. William Houston said of the boat’s leadership last month.